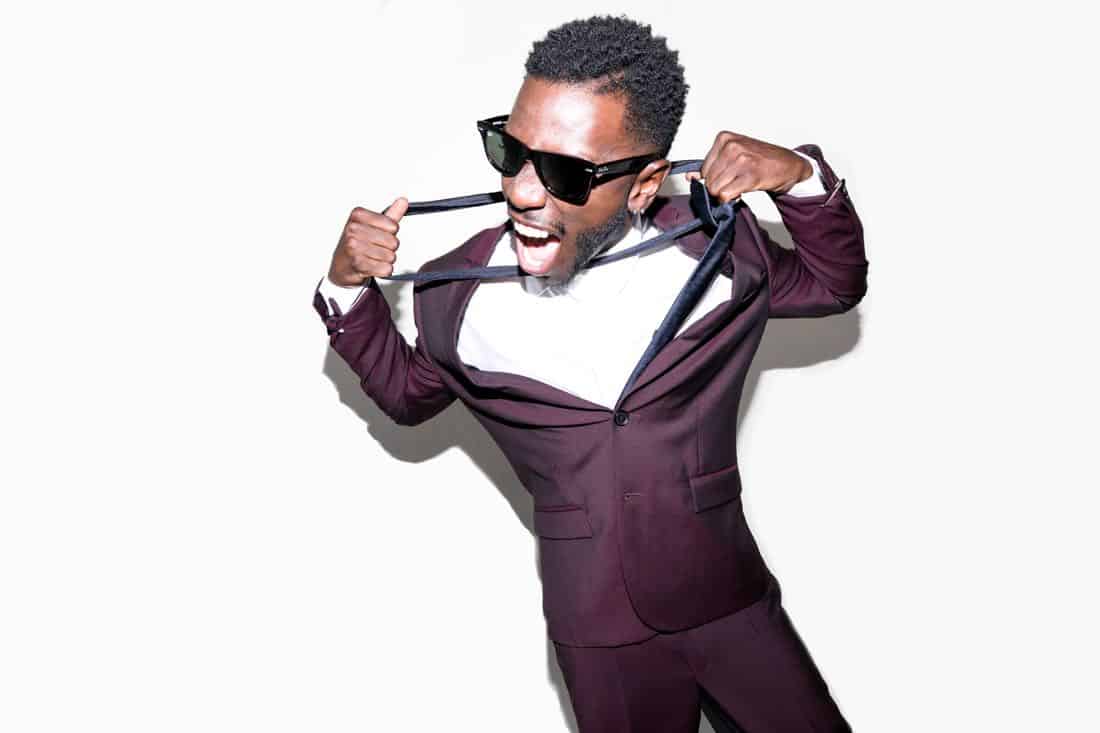 Co-starring in the new ABC comedy series THE MAYOR, Bernard David Jones is a bundle of enthusiasm. He deftly conveys the comedy amidst the show’s political antics while still being earnest enough to keep the show grounded. The secret to THE MAYOR is that it offers a heartfelt message of community and friendship, and Bernard’s portrayal fits into that seamlessly. In an exclusive interview, Bernard talks about his happiness working on THE MAYOR and the lessons he continues to learn as an actor.

What initially appealed to you about the role of Jermaine Leforge and working on ABC’s THE MAYOR?
BERNARD: When I first received the script, during pilot season, I knew that it was special. I loved the content and the subject matter. I fell in love with the characters and I knew what it could do for our community, especially the African-American community.

How would you describe who Jermaine is and his arc this season?
BERNARD: Jermaine really loves his friends. His friends are his family. I really love that he supports Courtney and kind of acts as his voice of reasoning at times even though sometimes that voice of reasoning may not have the best advice. Jermaine really takes his job very seriously, and that’s another thing that I love about him. Even though he has no political experience, he does his best to make sure that he serves the community that he loves so much.

What is it like working alongside such a talented ensemble on THE MAYOR? Who do you get to work the most with?
BERNARD: IT’S AMAZING! I work with really talented people both in front and behind the camera. We have the best cast, creatives, and crew in Hollywood. Everyone is just so good. I remember shooting the pilot, and we were all just getting to know each other, we would just stop and fan out over each other. That’s special. To be a fan of your cast mates. We’re actually friends. We hang out outside of work, and our group text is the best. We just enjoy each other! Marcel [Spears] and I work together a lot, but our show is so ensemble heavy. We get to work with each other in some way. I think Lea [Michele] and I work the 2nd most together.

Any favorite scenes that you got to work on so far?
BERNARD: I really enjoyed doing the sauna scene. We had no idea that we’d be in nothing but a towel and compression shorts! It was one of those vulnerable moments that makes every actor wince just a little bit. I thought, “I’m about to be in a towel on national television.”

What is your favorite part about working on the show?
BERNARD: My favorite part is that I’m a part of a show that I really believe in. I believe our country needs this show. It shows what a leader, with no experience, can do when that leader REALLY cares about his/her constituents.

What has been the one thing you as an actor have taken away from working on THE MAYOR?
BERNARD: Take the time to be grateful. There are moments when I just stop, and think, “WOW this is what I’ve dreamed about for so long.” As far as acting, I’ve learned how difficult it is to maintain a character week after week. This is my first series regular role, and I’m in every episode. I’ve guest starred before, but this is the first time that I’ve had to put the character I’ve created in multiple situations week after week.

What do you hope viewers will take away from watching THE MAYOR?
BERNARD: I really hope audiences first come to our show with an open mind. We are talking about issues that affect our community and we are coming at it with a non-partisan lens. It’s not a democratic perspective, not a republican perspective, but a people perspective. I hope it activates some sort of mobility and civic responsibility in people. If you want to run for public office or be president of the student body, I hope it sparks that in you.

What is the biggest challenge working on THE MAYOR?
BERNARD: Finding time to do regular stuff like laundry, give the dog a bath, watch my shows. I’m so behind on all of my shows!

What is the biggest surprise working on THE MAYOR?
BERNARD: The response from fans of the show. It has been amazing! They really support the show, and want the best for all of us.

At this stage of your career, what do you think you have learned from the amazing variety of roles and projects you have worked on?
BERNARD: I’ve learned not to judge people. We all have different life experiences. Creating characters forces you to dig deeper into people’s humanity. We can get caught up looking at people’s surfaces, and then judge them accordingly. Then we use our judgements as an excuse not to love people. It’s awful.

What are the perks of where you are in your career right now?
BERNARD: That I’m still new! I’m hungry for great work. I have that fire — that passion and tenacity needed to traverse this industry.

Has there been any great advice you have gotten?
BERNARD: Yvette Nicole Brown has been so helpful! She’s like the big sister God knew that I needed. Whenever we go out, people flock to her, and smother her with LOVE. I told her that, “I hope that people love me like they love you.” She told me they will. All I have to do is be myself and be kind and loving towards people. BEST ADVICE.

What advice would you offer to other upcoming and aspiring actors?
BERNARD: Keep GOING!!! I always say: stick to the original plan. If you came to L.A. to be an actor, or writer, or director, stick to that plan — but be open to the path that gets you there.

Do you have any other upcoming projects that you can share that fans should keep an eye out for?
BERNARD: I’m working on some music. I’m really excited to be back in the studio. I’m also a content creator. I’m producing and acting in a web series called, “Who Is Amanda James?” starring myself, Bianca Ashley and Catherine Mersereau.

To see more of Bernard’s fun-loving performance as Jermaine, be sure to tune in for all new episodes of THE MAYOR on Tuesday nights at 9:30 p.m. on ABC. Then to find out more about Bernard’s upcoming projects and what further adventures he has as his career grows, be sure to follow him on Twitter @BernardDJones