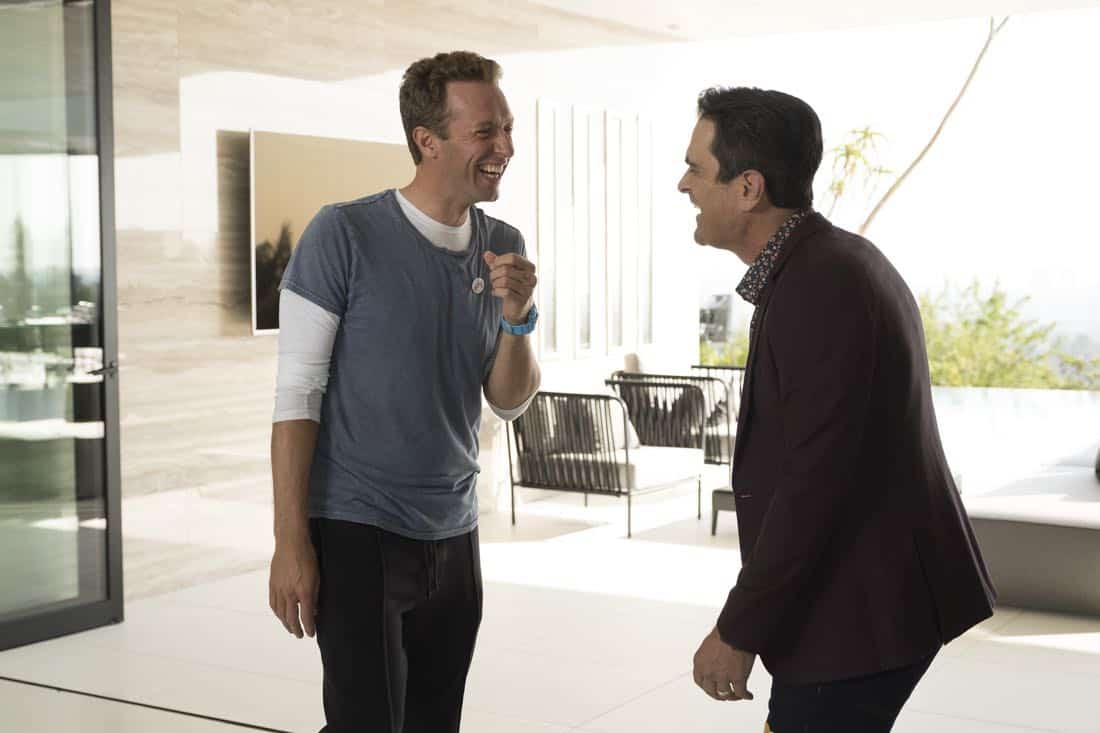 “Brushes with Celebrity” – The Pritchett-Dunphy-Tucker clan recount all their biggest celebrity encounters. Phil shows a house to his musical hero, Coldplay’s Chris Martin, and is determined to make a good impression despite the intense pain radiating from a very inconvenient part of his body. Meanwhile, Jay’s day at jury duty takes an unexpected turn when he gets to serve it alongside one of America’s biggest football icons. Finally, Manny’s encounter with his favorite playwright and a celebrated actor and comedian don’t go exactly as you’d expect, on “Modern Family,” WEDNESDAY, NOV. 29 (9:00-9:31 p.m. EST), on The ABC Television Network, streaming and on demand. MODERN FAMILY Season 9 Episode 8 Photos Brushes with Celebrity

Guest starring is Coldplay’s Chris Martin as himself.

“Brushes with Celebrity” was written by Vali Chandrasekaran and directed by Jeffrey Walker.