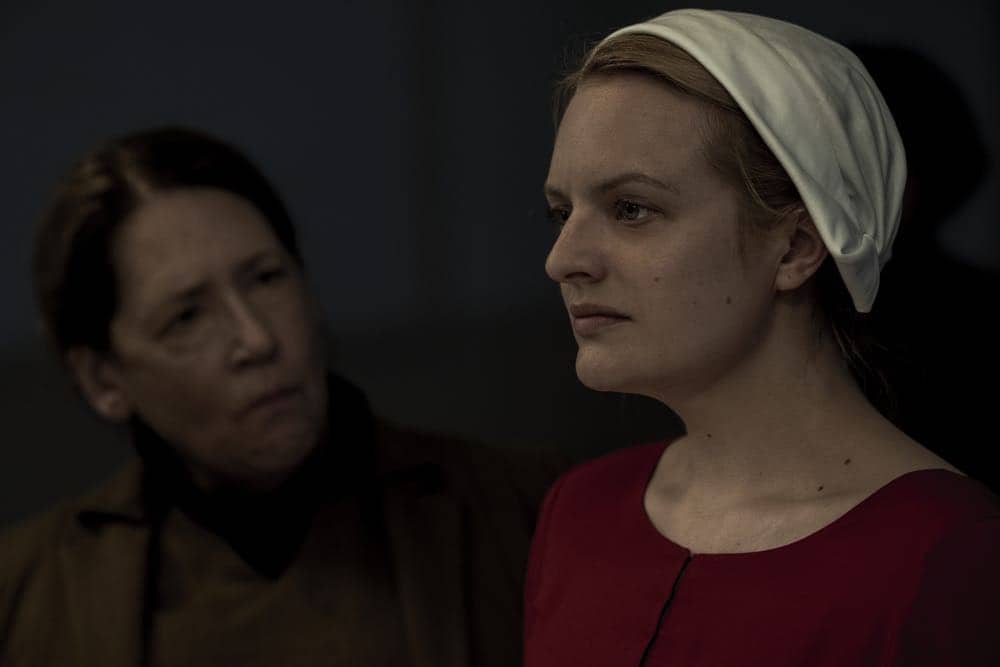 Offred reckons with the consequences of a dangerous decision while haunted by memories from her past and the violent beginnings of Gilead. THE HANDMAID’S TALE Season 2 Episode 1 Photos June.

The Emmy-winning drama series returns with a second season shaped by Offred’s pregnancy and her ongoing fight to free her future child from the dystopian horrors of Gilead. “Gilead is within you” is a favorite saying of Aunt Lydia. In Season Two, Offred and all our characters will fight against – or succumb to – this dark truth.