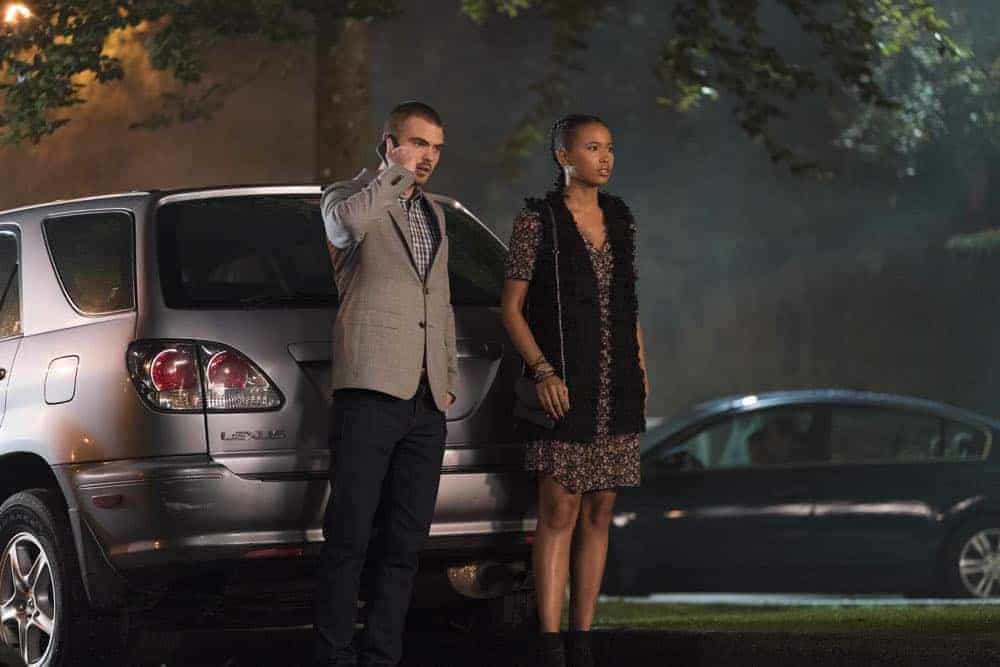 When Ben and Maddie attend his mother’s fundraising gala, an unexpected guest shows up and offers to put an end to the overfishing that’s threatening the lives of the mermaids in Bristol Cove. SIREN Season 1 Episode 6 Photos Showdown.