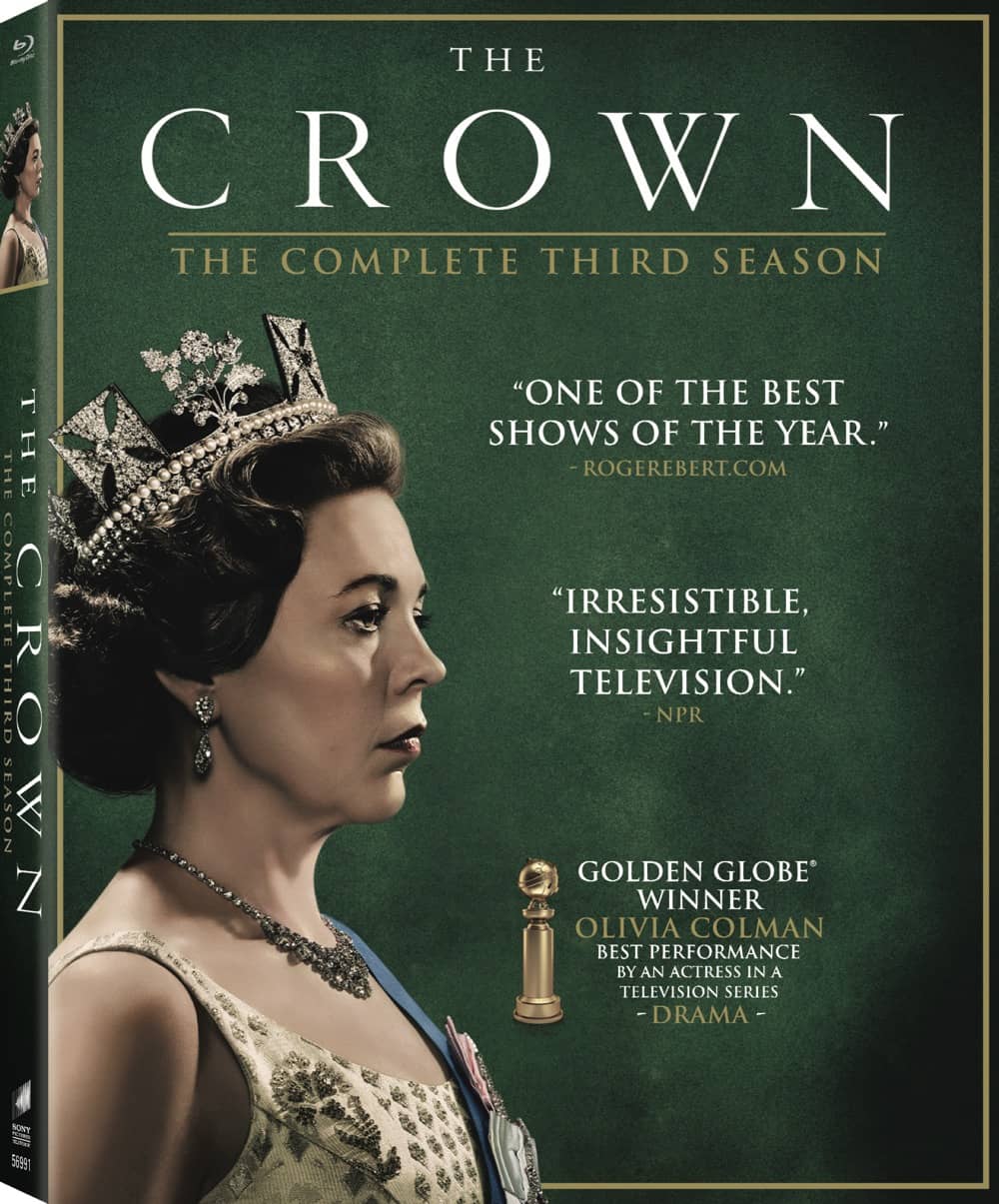 THE CROWN traces the life of Queen Elizabeth II from her wedding in 1947 through to the early part of the twenty-first century. Season Three covers the time period between 1964 and 1977 and introduces an outstanding new ensemble cast led by Olivia Colman and Tobias Menzies. Beginning with Harold Wilson’s election as the Queen’s first Labour prime minister and ending with the Silver Jubilee of Elizabeth II, it follows pivotal moments such as the death and state funeral of Winston Churchill, the Aberfan disaster, the Apollo 11 moon landing and investiture of Prince Charles as the Prince of Wales.

BONUS MATERIALS
“Behind The Crown: The Making of Season 3”
“Charles’ Investiture: Growing Up Royal”
“Royal Fabrics: A Look at the Costumes”
“Majestic Comparison: A Photo Gallery”