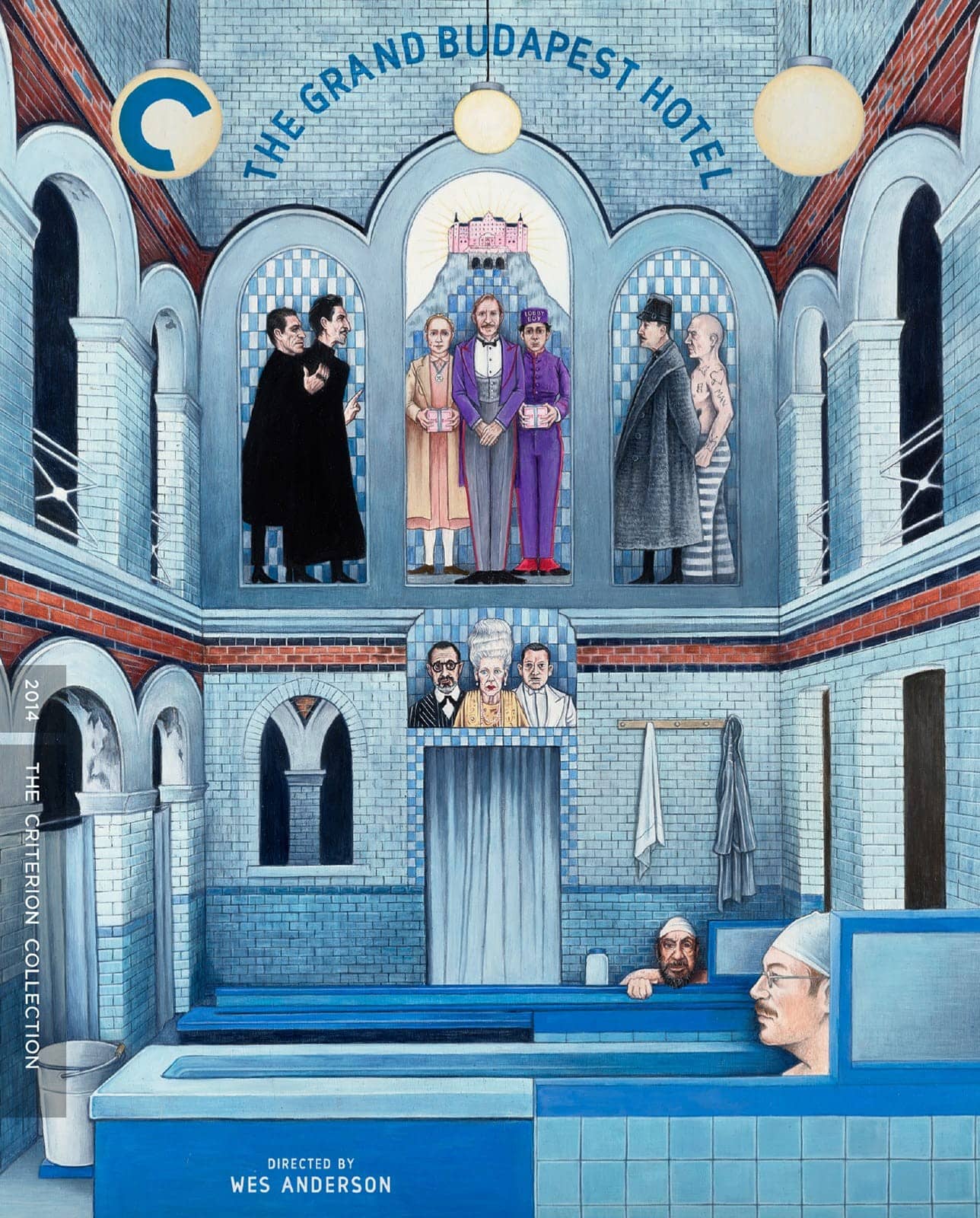 The Grand Budapest Hotel
Wes Anderson brings his dry wit and visual inventiveness to this exquisite caper set amid the old-world splendor of Europe between the world wars. At the opulent Grand Budapest Hotel, the concierge M. Gustave (Ralph Fiennes) and his young protégé Zero (Tony Revolori) forge a steadfast bond as they are swept up in a scheme involving the theft of a priceless Renaissance painting and the battle for an enormous family fortune—while around them, political upheaval consumes the continent. Meticulously designed, The Grand Budapest Hotel is a breathless picaresque and a poignant paean to friendship and the grandeur of a vanished world, performed with panache by an all-star ensemble that includes F. Murray Abraham, Adrien Brody, Saoirse Ronan, Willem Dafoe, Jude Law, Harvey Keitel, Jeff Goldblum, Mathieu Amalric, Tilda Swinton, and Bill Murray. 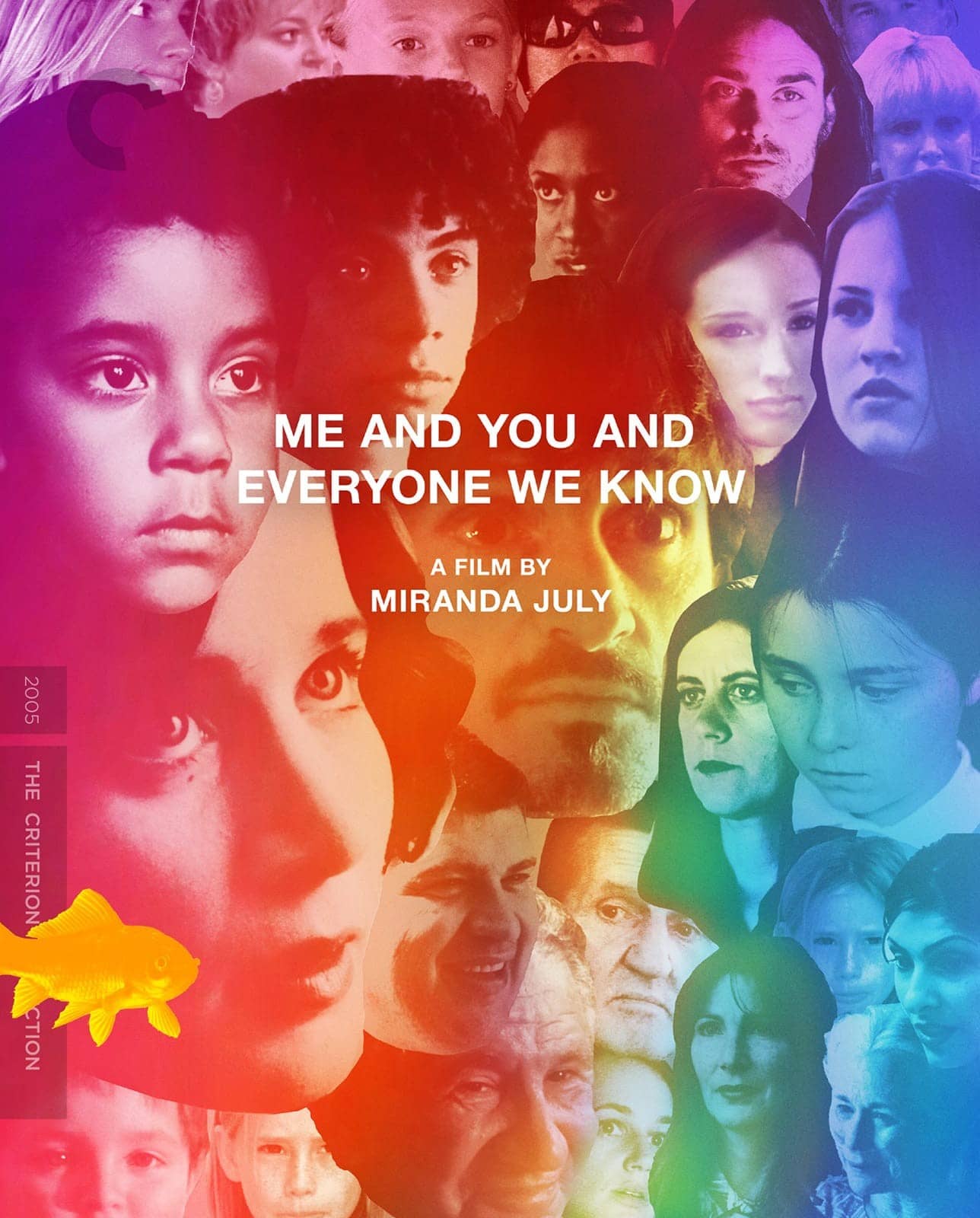 Me and You and Everyone We Know
With this compassionate, startling comedy that could have come from no other artistic sensibility, the brilliant Miranda July reveals a world both familiar and strange—an original vision of creativity, sexuality, childhood, and loneliness that emerges from a series of braided vignettes around a pair of potential lovers: Richard, a newly single shoe salesman and father of two (John Hawkes), and Christine, a lonely video artist and “Eldercab” driver (July). While they take hesitant steps toward romance, Richard’s sons follow their own curiosity toward their first sexual experiences, online and in real life, venturing into uncharted territories in their attempts to connect with others. Playful and profoundly transgressive, Me and You and Everyone We Know is a poetic look at the tortuous routes we take to intimacy in an isolating world, and the moments of magic and redemption that unite us. 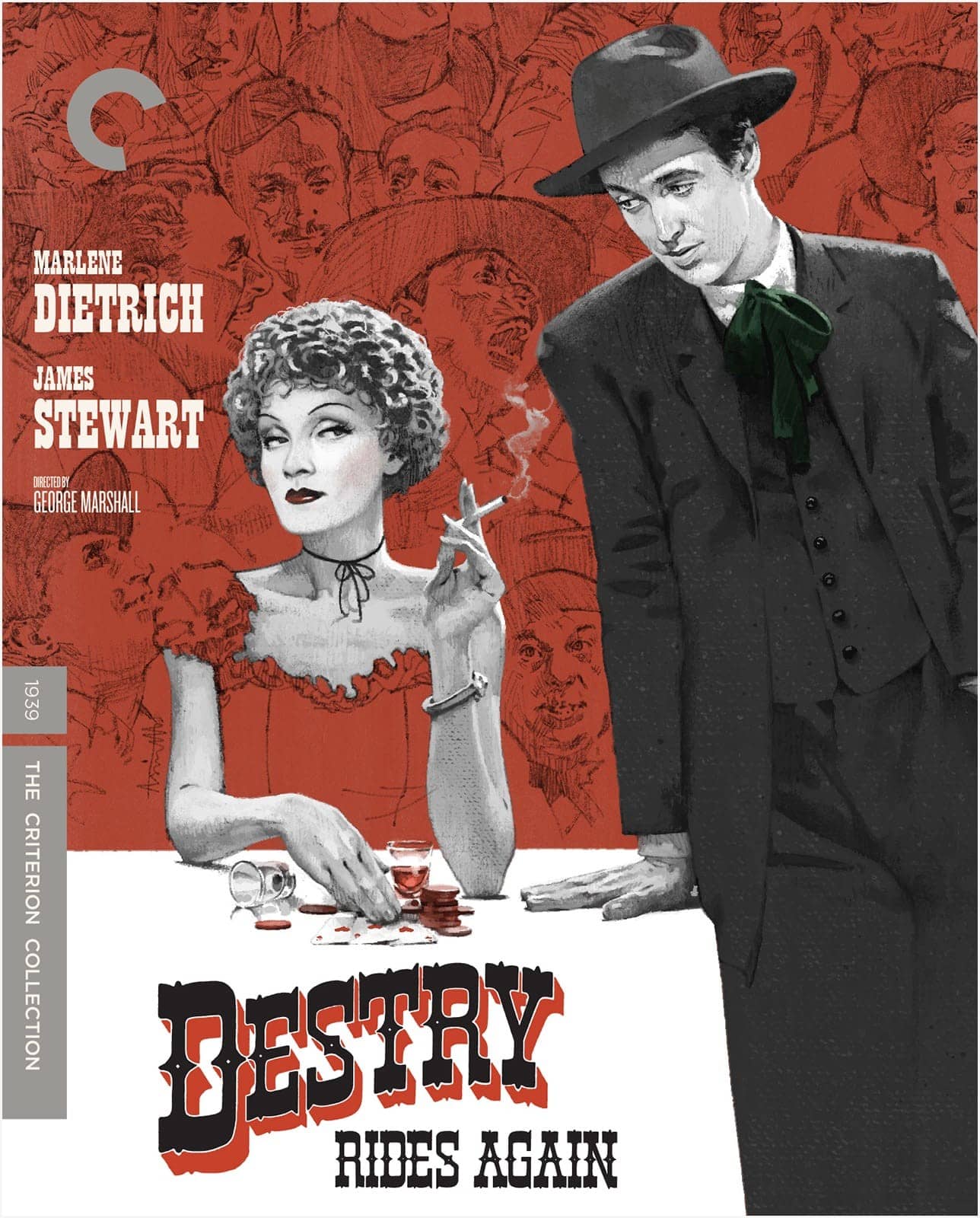 Destry Rides Again
Marlene Dietrich and James Stewart ride high in this superb comedic western, both a boisterous spoof and a shining example of its genre. As the brawling, rough-and-tumble saloon singer Frenchy, Dietrich shed her exotic love-goddess image and launched a triumphant career comeback, while Stewart cemented his amiable everyman persona, in his first of many westerns, with a charming turn as a gun-abhorring deputy sheriff who uses his wits to bring law and order to the frontier town of Bottleneck. A sparkling script, a supporting cast of virtuoso character actors, and rollicking musical numbers—delivered with unmatched bravado by the magnetic Dietrich—come together to create an irresistible, oft-imitated marvel of studio-era craftsmanship. 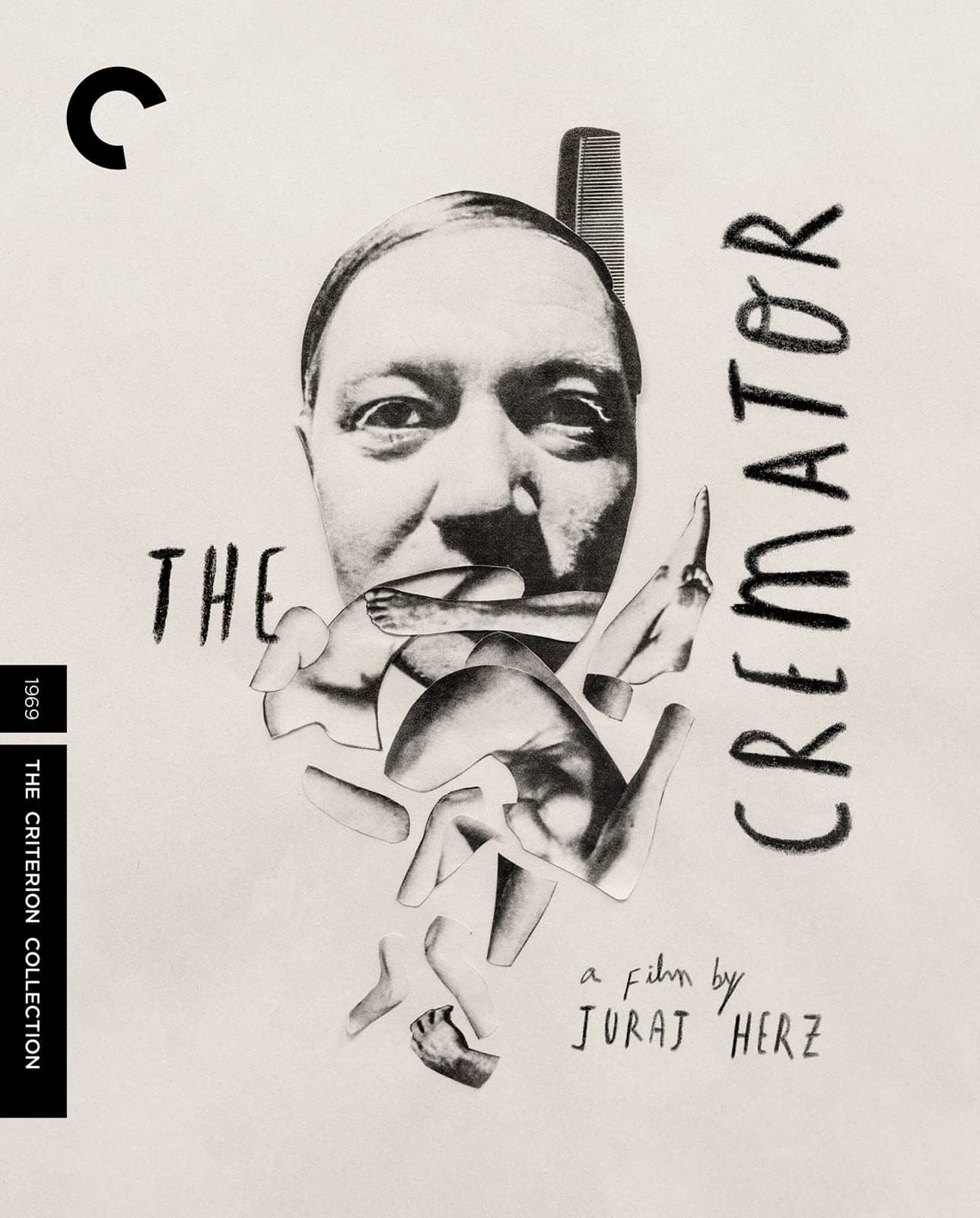 The Cremator
Czechoslovak New Wave iconoclast Juraj Herz’s terrifying, darkly comic vision of the horrors of totalitarian ideologies stars a supremely chilling Rudolf Hrušínský as the pathologically morbid Karel Kopfrkingl, a crematorium manager in 1930s Prague who believes fervently that death offers the only true relief from human suffering. When he is recruited by the Nazis, Kopfrkingl’s increasingly deranged worldview drives him to formulate his own shocking final solution. Blending the blackest of gallows humor with disorienting expressionistic flourishes—queasy point-of-view shots, distorting lenses, jarring quick cuts—the controversial, long-banned masterpiece The Cremator is one of cinema’s most trenchant and disturbing portraits of the banality of evil.

This restoration of The Cremator was made possible by a donation from Mrs. Milada Kučerová and Mr. Eduard Kučera and was realized by Karlovy Vary IFF at the studios of UPP and Soundsquare, in cooperation with the Národní filmový archiv in Prague and the Czech Film Fund. 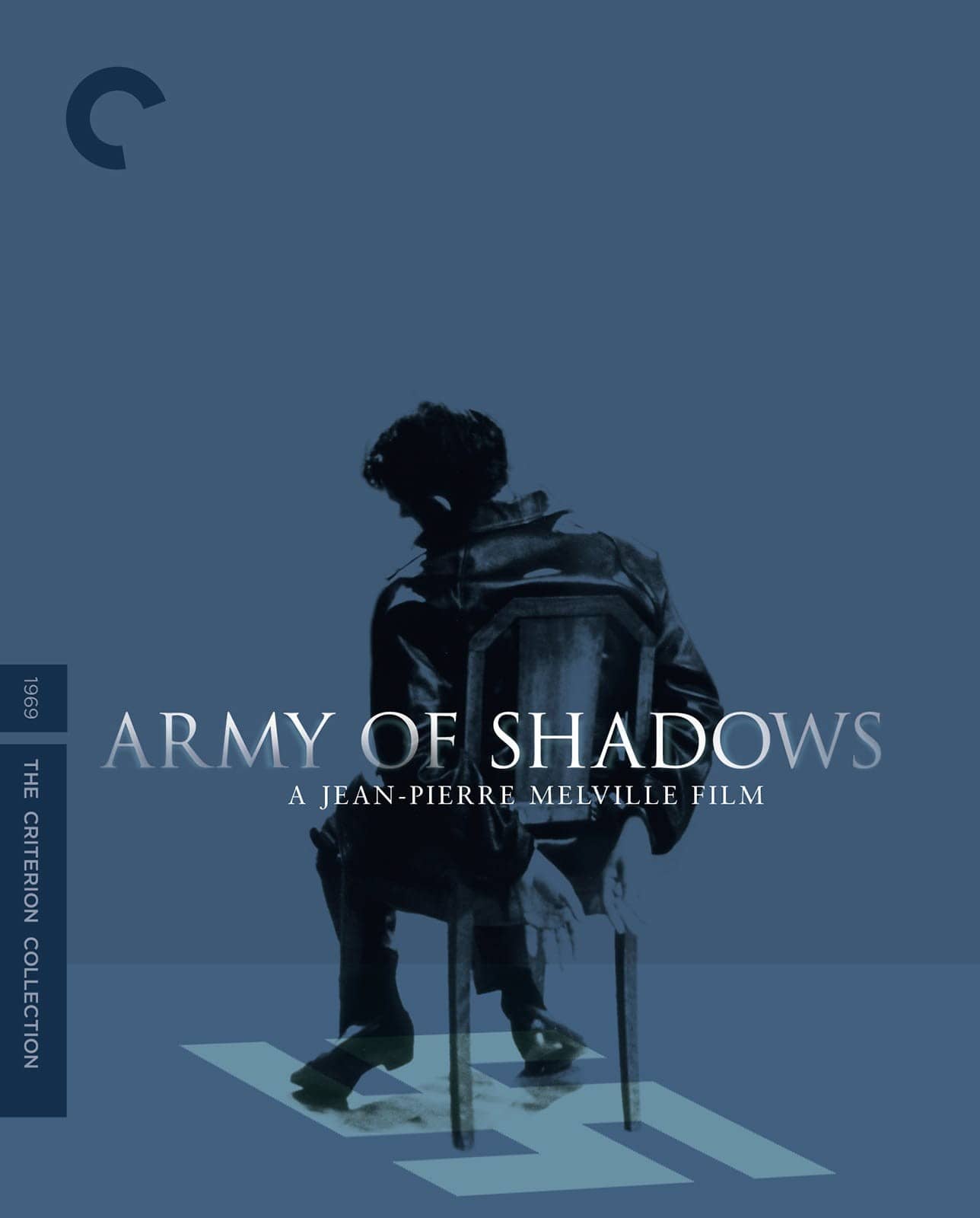 Army of Shadows
The most personal film by the underworld poet Jean-Pierre Melville, who had participated in the French Resistance himself, this tragic masterpiece, based on a novel by Joseph Kessel, recounts the struggles and sacrifices of those who fought in the Resistance. Lino Ventura, Paul Meurisse, Jean-Pierre Cassel, and the incomparable Simone Signoret star as intrepid underground fighters who must grapple with their conception of honor in their battle against Hitler’s regime. Long under-appreciated in France and unseen in the United States, the atmospheric and gripping thriller Army of Shadows is now widely recognized as the summit of Melville’s career, channeling the exquisite minimalism of his gangster films to create an unsparing tale of defiance in the face of seemingly insurmountable odds.