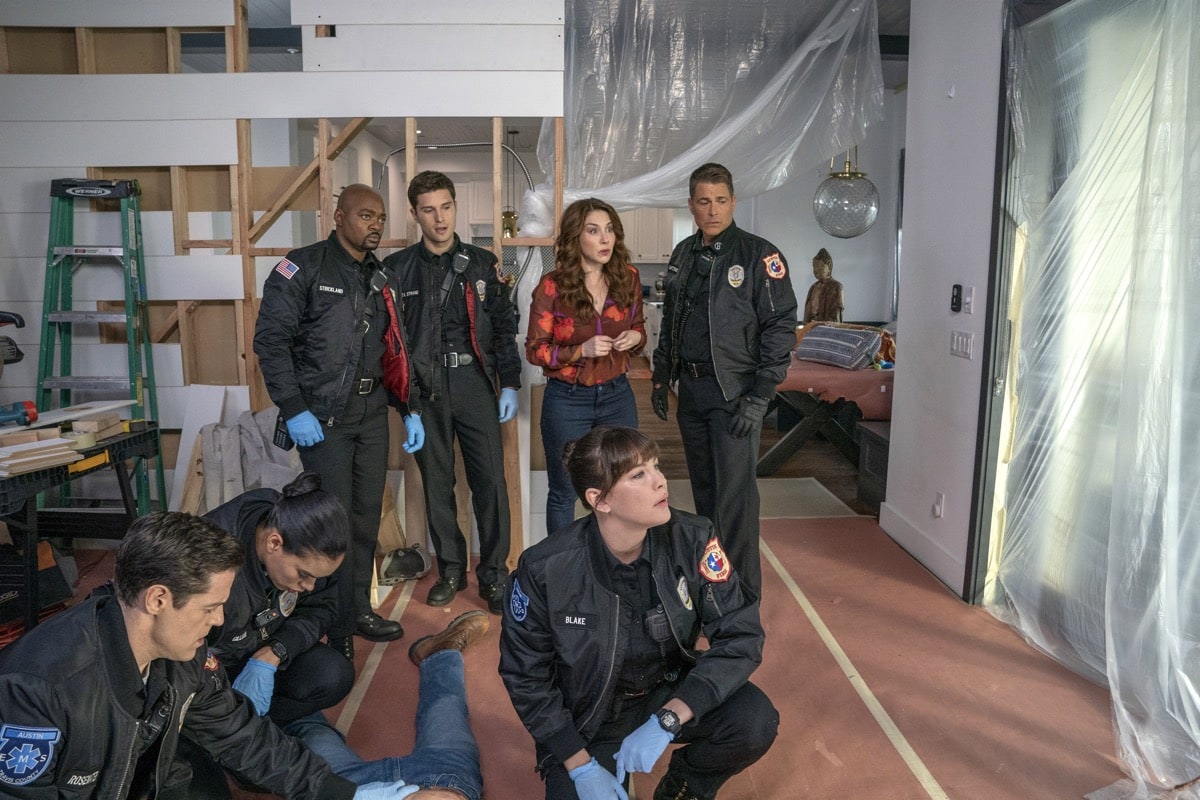 911 LONE STAR Season 1 Episode 7 Photos Bum Steer – Owen and the team race to deal with a runaway bull at a used car lot and an apparent electrocution at the hands of an LA transplant. Meanwhile, Owen is determined to prove he is physically fit for the job while undergoing chemo and Michelle gets the strongest lead yet on her missing sister in the all-new “Bum Steer” episode of 9-1-1: LONE STAR airing Monday, Feb. 24 (8:00-9:01 PM ET/PT) on FOX. (NLS-107) (TV-14 D, L, V)