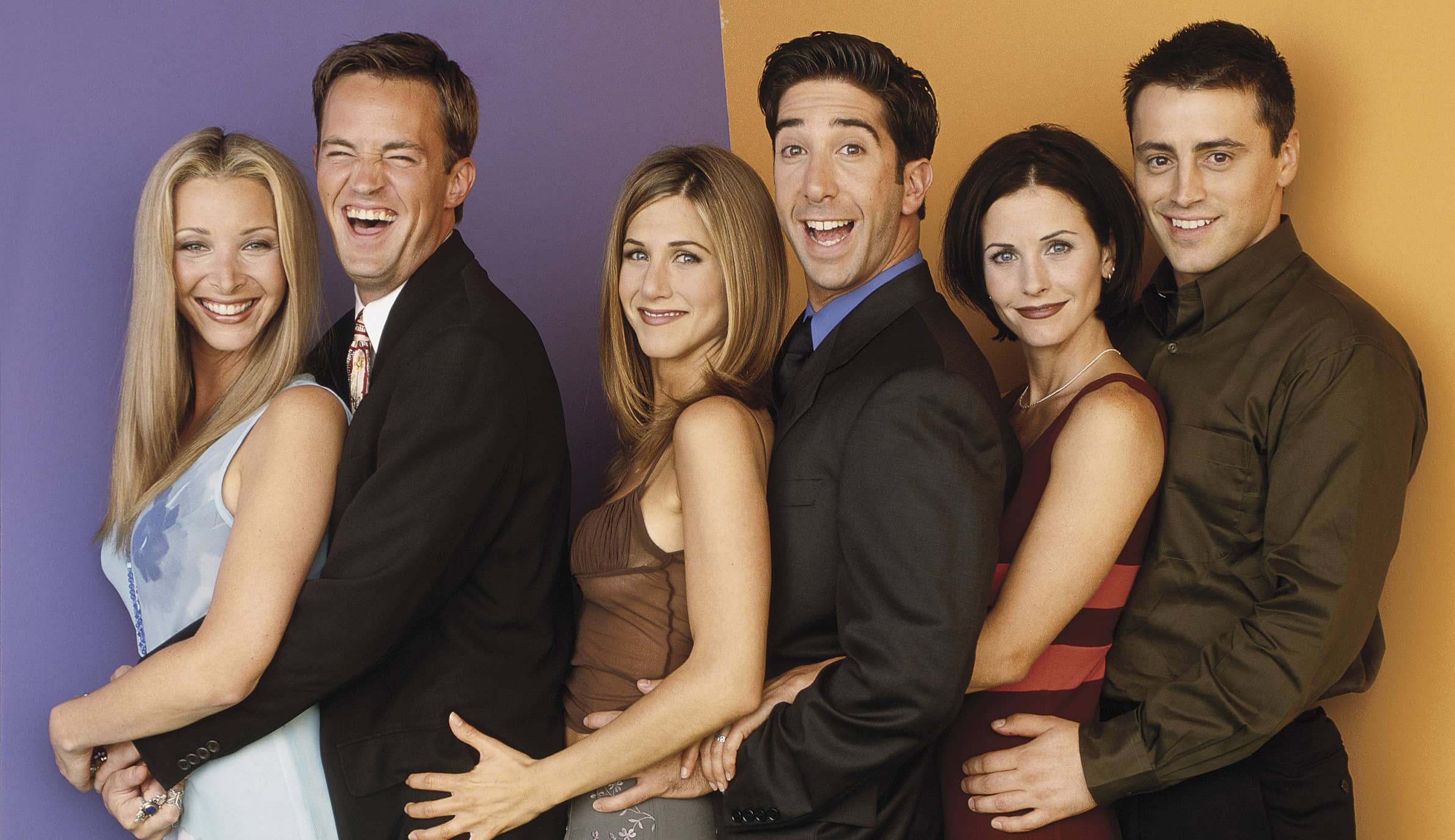 It’s official, Friends fans! After 15 years, nine months, and innumerable fan requests from around the globe, we now have the ‘brand-new information’ you’ve been waiting for. The Friends cast will be reuniting exclusively for an untitled unscripted special for HBO Max, WarnerMedia’s direct-to-consumer offering debuting in May 2020.

Series stars Jennifer Aniston, Courteney Cox, Lisa Kudrow, Matt LeBlanc, Matthew Perry, and David Schwimmer will return to the iconic comedy’s original soundstage, Stage 24, on the Warner Bros. Studio lot in Burbank for a celebration of the beloved show. The unscripted cast reunion special, along with all 236 episodes of the Emmy®-winning series, will be available to subscribers at the launch of HBO Max.

“Guess you could call this the one where they all got back together — we are reuniting with David, Jennifer, Courteney, Matt, Lisa, and Matthew for an HBO Max special that will be programmed alongside the entire Friends library,” said Kevin Reilly, chief content officer, HBO Max and president, TBS, TNT, and truTV. “I became aware of Friends when it was in the very early stages of development and then had the opportunity to work on the series many years later and have delighted in seeing it catch on with viewers generation after generation. It taps into an era when friends – and audiences – gathered together in real time and we think this reunion special will capture that spirit, uniting original and new fans.”

To get caught up on original Friends episodes, sister WarnerMedia network TBS recently announced that for the next four weeks every episode of Friends will air on TBS and livestream on the TBS app, weekdays from 10:00am – 4:00pm. Additionally, the network has curated an experience for fans offering the best of the series on their digital platforms.

About Friends
Celebrating the 25th anniversary of its debut in 1994, Friends remains one of television’s most beloved series. One of the highest-rated shows on television in its original network run, the series still remains a perennial go-to in syndication and on streaming services, where it continues to be a smash hit worldwide. A favorite among critics and fans alike throughout its 10-season run, Friends not only won the Emmy® for Outstanding Comedy series, but also garnered Emmy® Awards for series stars Jennifer Aniston and Lisa Kudrow. From Warner Bros. Television, Friends follows the lives and loves of a close-knit group of friends living in New York City: siblings Ross (David Schwimmer) and Monica Geller (Courteney Cox), along with friends Chandler Bing (Matthew Perry), Phoebe Buffay (Lisa Kudrow), Joey Tribbiani (Matt LeBlanc) and Rachel Green (Jennifer Aniston). Friends was created by David Crane and Marta Kauffman, who executive produced the series with Kevin Bright through Bright/Kauffman/Crane Productions in association with Warner Bros. Television.

About Warner Bros. Unscripted & Alternative Television
Warner Bros. Unscripted & Alternative Television is the leading producer of unscripted programming, with over 50 series totaling some 2,300 hours of programming annually across broadcast, cable, digital, streaming, and syndication. Led by Mike Darnell, President, the division operates Warner Horizon Unscripted Television, Telepictures, and Shed Media, and is responsible for all unscripted content for the Warner Bros. Television Group. The division also shares oversight of Ellen Digital Ventures, a joint venture between Ellen DeGeneres and Warner Bros. Digital Networks. Major franchises include the top reality shows on television, including the long-running powerhouse Bachelor Nation franchise “The Bachelor,” “The Bachelorette,” “Bachelor in Paradise” and the upcoming new extensions “Bachelor Presents: Listen To Your Heart” and a touring version of the show “The Bachelor Live on Stage,” as well as the podcast extensions of the series; multiple Emmy®-winning “The Ellen DeGeneres Show,” “Ellen’s Game of Games” and the recently renewed “Ellen’s Greatest Night of Giveaways”; the multi-Emmy® winning blockbuster music competition “The Voice,” “Little Big Shots with Melissa McCarthy,” the Emmy®-winning “Who Do You Think You Are?,” “The Real Housewives of New York City,” “TMZ,” “Extra,” and “Huda Boss” for Facebook Watch.

About Fulwell 73
Fulwell 73 produces and creates top-quality commercial television, feature and digital productions. As producer of the multi Emmy and Critics Choice Award–winning The Late Late Show with James Corden, with CBS Studios, they have a show which has dominated the digital space with over 7 billion views since their launch in 2015. Other television productions include Drop the Mic for TBS, Carpool Karaoke: The Series for Apple, Sunderland ’Til I Die for Netflix, Game On for CBS, and in the UK, the highest rated show of the decade, Gavin & Stacey Christmas Special for BBC One. It was announced earlier this year that partner Ben Winston, and Fulwell 73, will be taking over the Grammys in 2021.

Fulwell 73 prides itself in making shows with some of the top music and sports talent in the world, making broadcast specials for Bruno Mars, Kacey Musgraves, and David Beckham. They also recently produced Hitsville: The Making of Motown for Showtime and Auschwitz Untold: In Colour for NatGeo. They were the producers of the most successful sports documentary of all time, The Class of 92 (Universal Pictures) and the huge box office hit One Direction 3D: This is Us (Sony/Columbia). Fulwell 73 also recently produced the Global Citizens live event from South Africa to celebrate Mandela 100, featuring many artists and hosts including Beyoncé, Jay-Z and Oprah Winfrey. They are currently in production on their first studio feature film: Cinderella, for Sony Pictures, starring Camila Cabello.