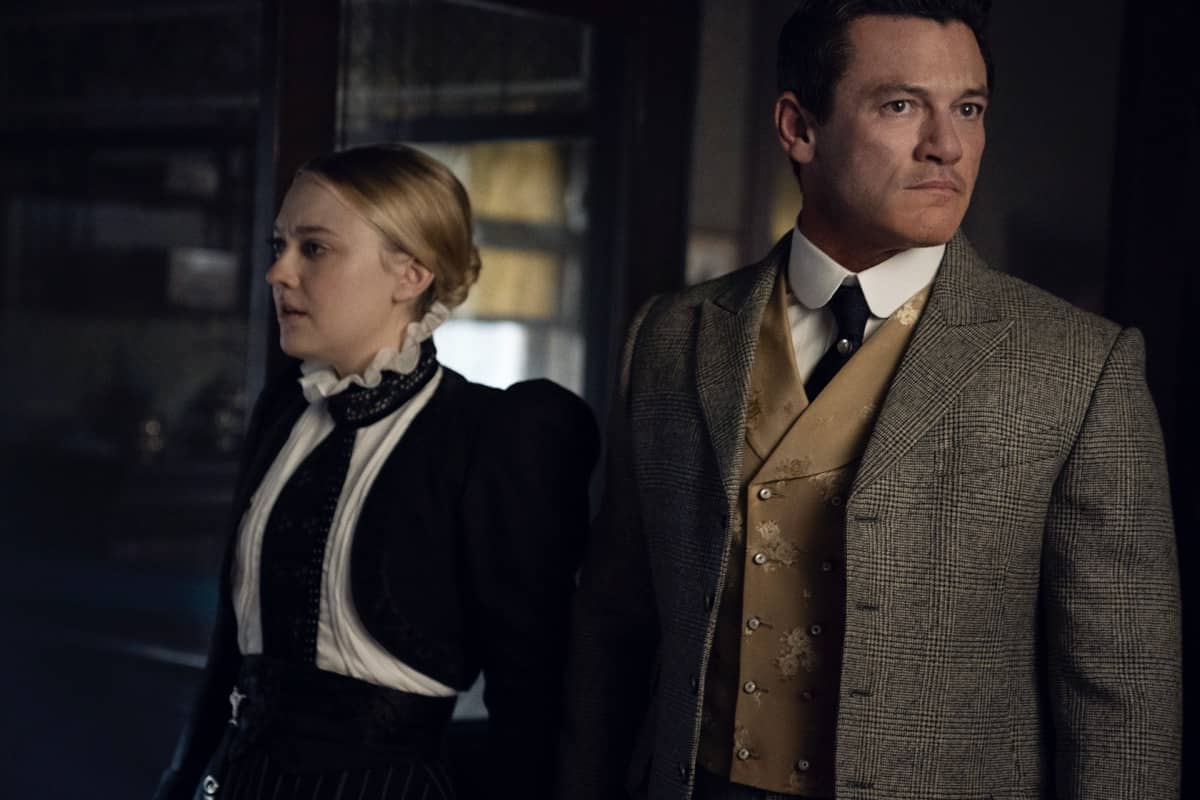 THE ALIENIST Season 2 Episode 5 Photos Belly Of The Beast – “Belly of the Beast” – After the horrific murder of a Lying-In Hospital employee, the team are now hot on the heels of the murderer. Sara (Dakota Fanning) enlists the help of Joanna (Brittany Batchelder) to tail their prime suspect. Sara, Kreizler (Daniel Brühl) and Moore (Luke Evans) try and put the pieces together, but they find that not even Sara’s office is out of the killer’s reach.