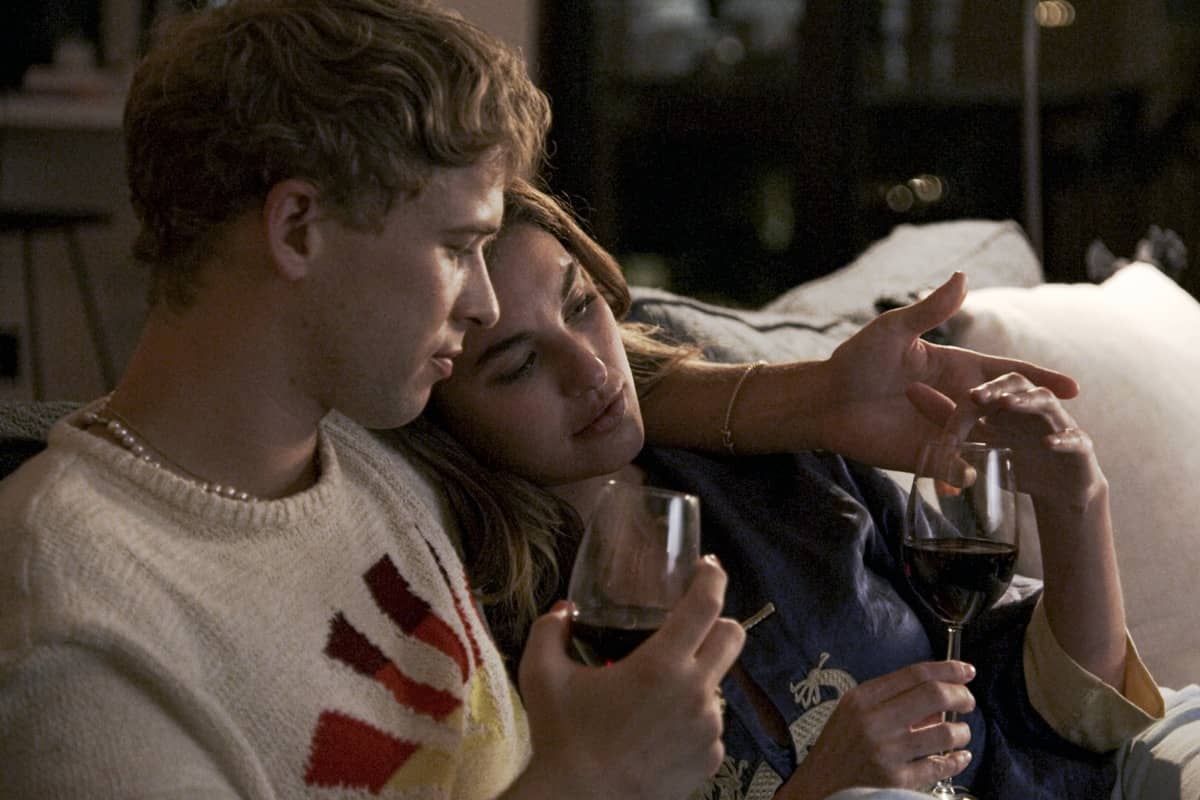 Freeform’s highly anticipated limited series “Love in the Time of Corona” will premiere as a special two-night limited event, beginning SATURDAY, AUG. 22, at 8 p.m. EST/PST and continuing SUNDAY, AUG. 23, at 8 p.m. EST/PST, the network announced today in the first teaser trailer for the series. The episodes will also be available on Hulu the following day.

Filmed using remote technologies and shot in the cast’s actual homes, this four-part, limited series follows four interwoven stories about the hopeful search for love and connection during this time of quarantine, from the early days of the stay-at-home order through the events that ignited the worldwide Black Lives Matter protests.

James and Sade, a married couple who have been living somewhat separate lives, are forced back under the same roof after the pandemic puts James’ work travel to a halt. With headlines mounting, they begin to reevaluate their family’s priorities. Roommates Oscar and Elle’s mostly platonic friendship becomes increasingly complicated with the uncertainty of the pandemic as they wonder if they can find love under one roof. Paul and Sarah put up a “happy couple” facade for their daughter Sophie’s sake when the pandemic sends her home from college, although unbeknownst to her, they have separated. Nanda, a headstrong woman whose husband is unable to return home from his rehab facility, is determined to celebrate her fiftieth wedding anniversary.

The network also released episodic loglines, which can be found below.

Married couple James and Sade adjust to being together 24/7 in quarantine now that James’ business travel has come to a halt. Nanda spends time, virtually, with her husband, who is in a nursing home. Roommates Oscar and Elle decide to break out of their codependence and try online dating. Meanwhile, Sophie returns home from her freshman year of college to spend quarantine with her parents, who unbeknownst to her have decided to separate.

James reacts to the video of the Ahmaud Arbery shooting. Nanda reconnects with her estranged son, who has returned home to live in her guest house after losing his job. When Elle decides she can’t take a backseat to Oscar’s budding romance, she finally tells Oscar how she truly feels. Paul and Sarah try to cheer up Sophie after a breakup.

Oscar feels a fracture in his friendship with Elle as she gets to know their downstairs neighbor Adam. Sarah and Sophie both find out a secret Paul has been keeping. Nanda attempts to repair her son’s relationship with his father. Tensions continue to run high as James and Sade struggle to get on the same page about their family’s future.

James and Sade reflect on raising a Black child in the current climate in America. Paul recruits Sophie to help him throw a romantic evening. Elle and Oscar navigate their new relationship.

Freeform connects to audiences with bold original programming and immersive social engagement that moves the cultural conversation a little forward. As Walt Disney Television’s young adult television network, Freeform channels the force and momentum of its audience in its quest for progress with authentic, groundbreaking original series such as “grown-ish,” “The Bold Type,” “Good Trouble,” “Siren,” “Motherland: Fort Salem” and “Everything’s Gonna Be Okay.” The network also programs tentpole events such as “31 Nights of Halloween,” “Kick Off to Christmas” and “25 Days of Christmas.”

Founded in 1999 by Steve Golin, Anonymous Content is a leading management and Film, TV and Commercial production company. As one of the largest and most successful management companies operating today, Anonymous Content boasts an exceptional roster of over 600 clients including many of the world’s most renowned and innovative directors, writers, actors, and comedians and works closely with its management clients to help them achieve their goals by both creating and finding opportunities for them, whether in feature films, television, commercials, music videos or brand integrated content. Anonymous Content’s clients have been recognized with Academy Awards(R), Emmys(R), Golden Globes(R), Tony Awards(R), Pulitzer Prizes(R) and other prestigious awards. The company’s award-winning Film & TV division boasts many commercially successful and critically acclaimed works, including BABEL, WINTER’S BONE, BEING JOHN MALKOVICH, ETERNAL SUNSHINE OF THE SPOTLESS MIND, THE REVENANT and Best Picture Academy Award winning SPOTLIGHT. The company’s TV credits includes “True Detective” (HBO), “Mr. Robot” (USA Network), “Schitt’s Creek” (POP), “13 Reasons Why” (Netflix), “Homecoming” (Amazon), “Catch-22” (Hulu), “Briarpatch” (USA) and “Dickinson” (Apple). Current Anonymous Content films in production include STILLWATER, directed by Tom McCarthy and starring Matt Damon and Abigail Breslin, GOOD MORNING MIDNIGHT, directed by George Clooney and starring Clooney and Felicity Jones and SWAN SONG, written and directed by Ben Cleary and starring Mahershala Ali. On the television side, the company produced recently released series “Paradise Lost” (Paramount Network), “Home Before Dark” (Apple), “Defending Jacob” (Apple), When the Streetlights Go On” (Quibi) and soon to be released “The Now” (Quibi). Through its Commercial work, Anonymous Content is also the driving creative force behind countless leading global brands including HP, Prada, Nike and Coke. In 2016, Anonymous Content received a substantial minority investment from Emerson Collective, the organization founded and run by Laurene Powell Jobs, to allow the firm to expand its production offerings in socially relevant content aimed at inspiring change. For more information, visit www.anonymouscontent.com.