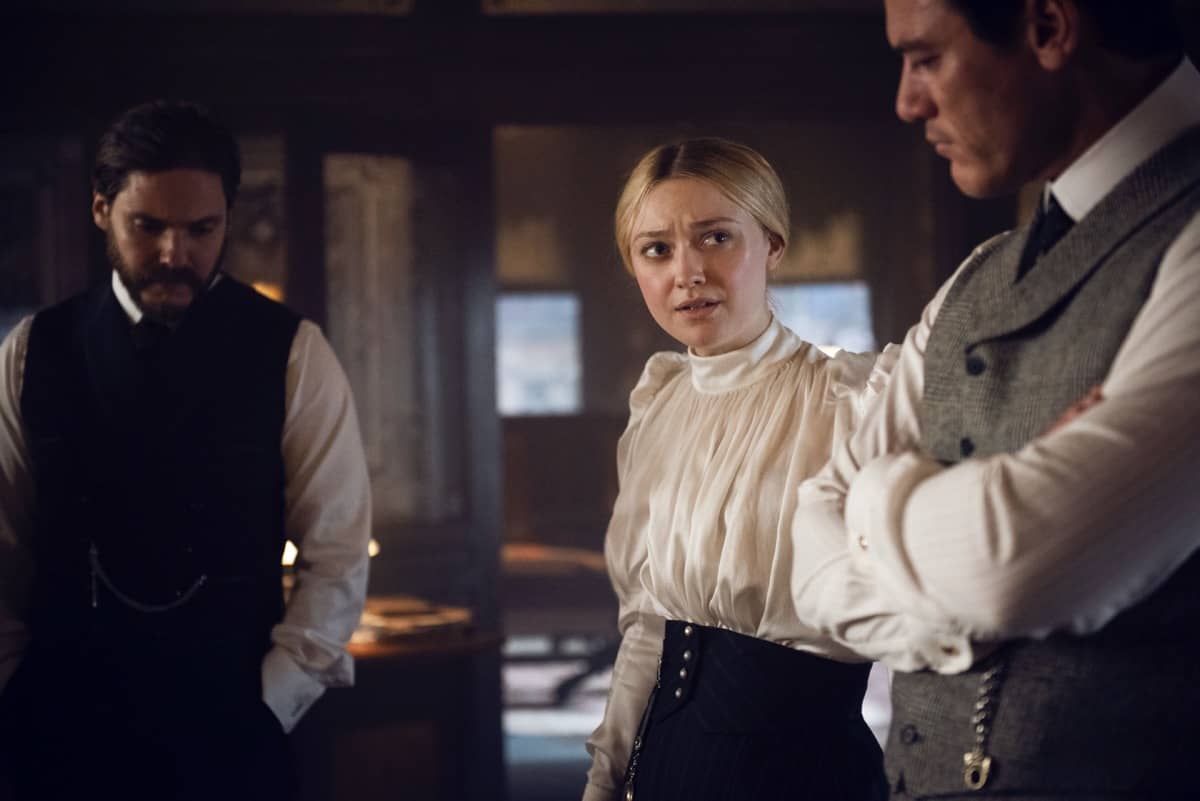 THE ALIENIST Season 2 Episode 3 Photos Labyrinth – All is not what it seems at the Lying-In Hospital as Sara (Dakota Fanning) persuades a young nurse to disclose what happens behind closed doors. Kreizler (Daniel Brühl) is convinced that hypnosis might unlock the traumatic memories of Señora Linares (Bruna Cusi). In order to further the investigation Moore (Luke Evans) introduces Sara to a well-connected friend, causing further personal entanglements as Cyrus (Robert Wisdom) hosts Moore’s bachelor party at his saloon.