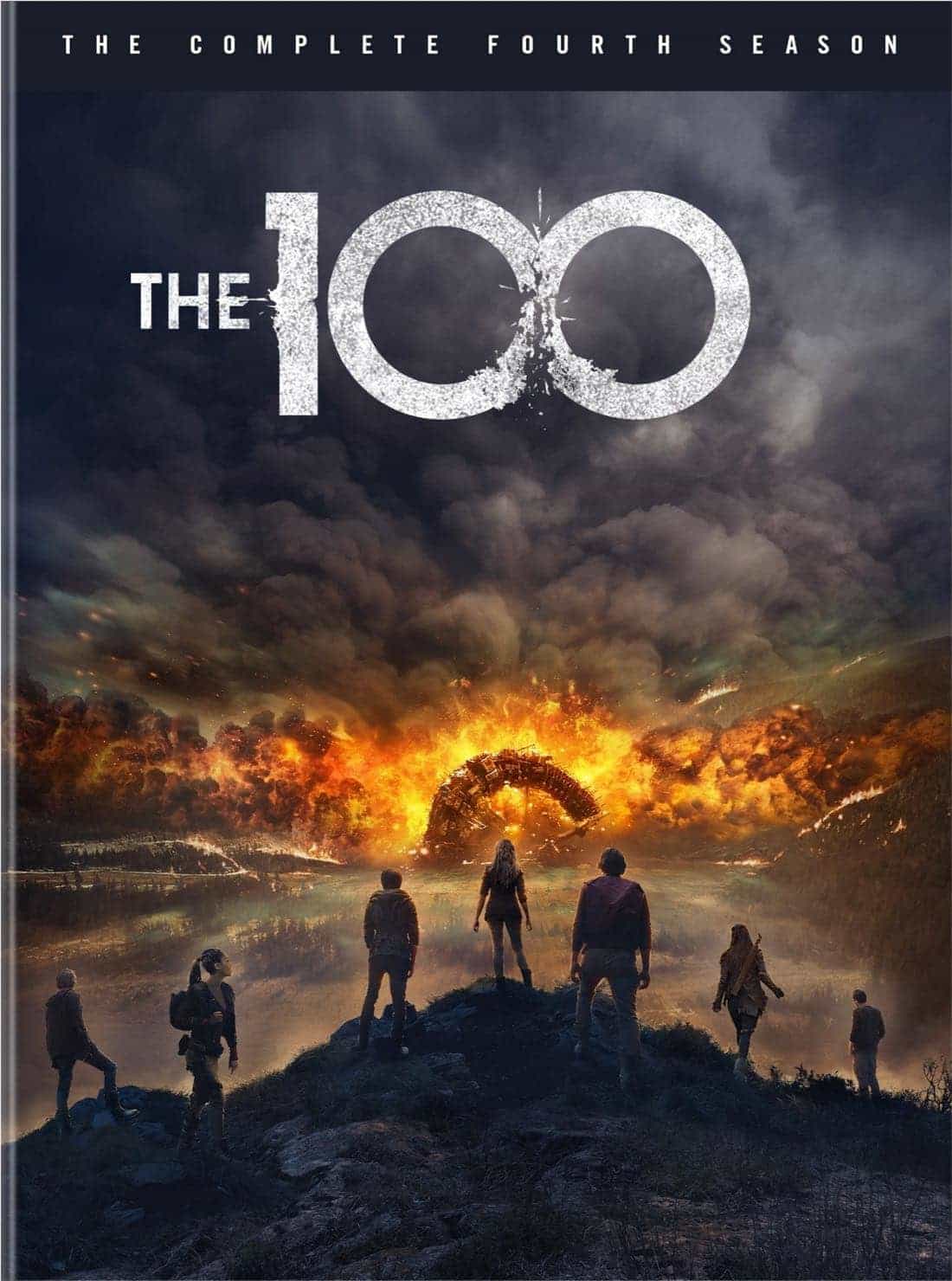 In the latest season of The CW’s hit show, the 100 are still fighting for survival after suffering devastating hardships that have almost completely torn them apart. The fight has taken countless lives and set Earth’s survivors against each other, but can this group of heroes protect each other from the most dangerous threat yet? Join members of Skaikru as they work to save the human race when Warner Bros. Home Entertainment (WBHE) releases the exhilarating The 100: The Complete Fourth Season on DVD on July 18, 2017.  The 100: The Complete Fourth Season will feature all 13 episodes and will be available to own on July 18, 2017 for $24.98 SRP.

Due to overwhelming fan demand, The 100: The Complete Fourth Season also arrives July 18, 2017 on Blu-ray courtesy of Warner Archive, and will be available at Amazon.com and all online retailers.

In the midst of death and destruction, relationships are put to the test as the 100 fight for their very existence. These heroes enter the fourth season at the epicenter of both the Grounder world and their newly founded homebase of Arkadia. After season three’s all-out war, a far more lethal threat has risen to the surface: Clarke has learned that Earth’s remaining nuclear reactors are melting and will soon set the atmosphere on fire.  ALIE, the A.I. who launched the world’s nuclear missiles causing the apocalypse, was telling the truth. With the human race doomed to face an unbeatable enemy, Clarke and her allies amongst Arkadia and the Grounders must fight for humankind and all life itself. But with hope fleeting and the end inevitable, will our heroes spend their remaining days trying to survive… or finally trying to live?  The stakes have never been higher, alliances are breaking, and the world is about to collapse.  Civility has no place at the end of the world, and there’s no telling what lengths the 100 will go to in order to survive.

“Warner Bros. Home Entertainment is thrilled to release the much anticipated fourth season of the sci-fi hit The 100 on DVD with all new bonus content”, said Rosemary Markson, WBHE Senior Vice President, Television Marketing. “We left our heroes at a crossroads in Season Three and this next installment truly tests the limits and minds of the last remaining hope for humanity itself.”

Digital HD
The 100: The Complete Fourth Season is also currently available to own on Digital HD. Digital HD allows consumers to instantly stream and download all episodes to watch anywhere and anytime on their favorite devices.  Digital HD is available from various digital retailers including Amazon Video, CinemaNow, iTunes, PlayStation, Vudu, Xbox and others.

The 100: 2016 Comic-Con Panel
From Outcasts to Leaders
Creating A Post-Apocalyptic World
Jasper’s Journey
The Stunts of the 100
Deleted Scenes
Gag Reel

Echoes
Heavy Lies The Crown
The Four Houseman
A Lie Guarded
The Tinder Box
We Will Rise
Gimme Shelter
God Complex
DNR
Die All, Die Merrily
The Other Side
The Chosen
Praimfaya