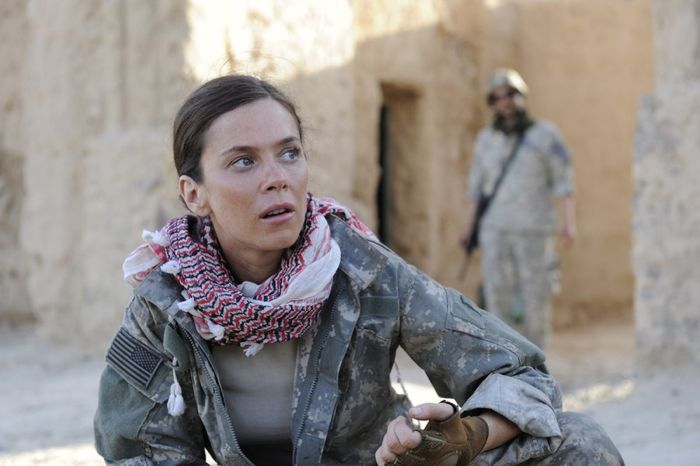 On Day 10 of the 16-day biannual Television Critic’s Association Winter 2015 Press Tour, NBC introduced its featured programming, and the following are quick takes of its new and returning series.

During its executive session, NBC chairman Bob Greenblat noted that in the face of the changing landscape that in order to lure viewers, “We have to find ways to eventize things, make them big and break through the clutter.”  In effort to do so, upcoming in 2015, NBC has the limited run series: “The Slap,” “Freedom Run” (Stevie Wonder produces the 8-hr NBC miniseries based on the book “Forbidden Fruit: Love Stories From the Underground Railroad”), “The Gilded Age” (from “Downton Abbey” producer Julian Fellowes offering a look at millionaires in late 19th Century), “Shades of Blue” (starring Jennifer Lopez in summer police drama), and “Telenova” (a 13-episode sitcom starring Eva Longoria).  In addition, NBC will be releasing “Heroes Reborn” later in 2015, which stars Jack Coleman (returning as Noah Bennett aka Horn-Rimmed Glasses) and joining him is new cast member Zachary Levi (“Chuck”). NBC will also launch their event series”Aquarius” starring David Duchovny and Grey Damon (“Star-Crossed”), which focuses on two detectives investigating the Manson murders.    Greenblatt also stated that while “Constantine” is not “The Flash” (in ratings), that NBC loves Matt Ryan. So for now, the future uncertain for the show.  Greenblatt said, “We’re really still talking about it.”  He also expressed that the odds were great that both “Chicago Fire” and “Chicago P.D.” would be back for the 2015-16 season and said there were preliminary talks for a third spin-off tentatively called “Chicago Med.” On “State of Affairs,” Greenblatt candidly said, “I am disappointed in how its been doing the last couple of weeks, had looked promising.”  Then when asked about “The Blacklist‘s” move from Mondays to Thursdays, NBC president Jennifer Salke said, “We’re really proud of the Thursday prestige dramas anchored by The Blacklist.”  (Joining “The Blacklist” on Thursday nights will be the new series “Allegiance” starting February 5th.)

“Allegiance” is about a CIA analyst who finds out on his first day on the job that his parents are sleeper Russian agents, and worse yet, they are under orders to recruit him as a double-agent or they are all dead.  “Allegiance” stars Scott Cohen, Hope Davis as the parents and Gavin Stenhouse portrays their CIA son.  “Allegiance” is based on an Israeli series, but according to producers the central character of Alex quite different and the subsequent story will follow a new path.  Executive producer George Nolfi described “Allegiance” as a family who have made a terrible decision and they are caught in a vice as a result — so their moral code is constantly challenged.   (Observation:  Good news: NBC’s “Allegiance”  is well-done spy thriller.  I really enjoyed the pilot episode. Bad news: It airs Thursdays nights up against “How To Get Away With Murder” and “Elementary,” and as of March 5th, against newcomers ABC’s “American Crime” and USA Network’s “DIG.”  So Thursdays are going to be tough with “The Blacklist” going up against “Scandal” and “Allegiance” up against “How To Get Away With Murder,” “Elementary” and “DIG” — USA Network’s spy thriller starting March 5th).

Joining NBC starting April 5th is the new drama “Odyssey” starring Anna Friel (“Pushing Daisies”) as a soldier pursued by the U.S. government after she survives a illicit black op mission in which the entire team had been marked for death after seeing something they shouldn’t have.  It explores:  What do you do when your own government wants you dead? To prepare for the physically grueling role,  Anna Friel trained with the Marines to prepare. Hilariously, co-stars Anna Friel and Peter Facinelli swapped on-set injury stories in effort to prove who was more bad-ass during filming the show and Ann won with a torn ligament and dislocated shoulder versus Peter’s 17 stitches from when he accidentally smacked in the head on a car door.  Looking beyond the casts’ accidental injuries, executive producer Peter Horton said that “the fuel of the show is tension.”  Co-producer Adam Armus also stated, “We don’t keep anything secret from our audience.” The show is not a mystery series or spy series,  rather they describe it as “a show about power” where literally one person can make a difference.  It is a show about three ordinary people doing extraordinary things and Anna Friel chimed in to add that the show is about the journey trying to get home — her character is hiding out in the wilds of the Middle East just trying to survive after that failed mission.  The show’s tagline is: “The world thinks she is dead, the truth will change everything.”  “Odyssey” will air Sunday nights starting April 5th. (Observation:  The first episode was well-done and I am intrigued to want to see where the show goes.  For those interested, behind the scenes, the show films both in New York City and in Morocco to enhance the authentic of the story which spans the globe. )

Returning for Season 2, “The Night Shift” will be back with more medical emergencies that tug at the heart strings and pose ethical and moral questions that doctors in the ER face every day.  Executive producer Jeff Judah also emphasized that the military stories woven through the show are a part of the foundation of the show and will be revisited again as the show continues.  These are doctors who were tried and bonded through the trial of war.  That element is not going away.   It is also important to show that in “The Night Shift” that these are the doctors who chose their country over the country club.  It is a point of honor to add that element into the show.  Judah also reassured that the show looks for moments of comedy in the darkness, like how real ER doctors cope with the stress. One of the lighter stories that will be the relationship of Jordan and TC.  Star Jill Flint said that viewers will really see why her character fell in love with TC (Eoin Macken)  both through flashbacks and as the two rekindle their relationship and that story is sure to melt hearts.  Then as to Ragosa, the beleaguered hospital administrator, Freddy Rodriguez teased that there is going to be a big change this season for him.  Also quick to reassure fans who learned that co-star Daniella Alonso would not be returning in Season 2, Brendan Fehr chimed-in, “You will definitely see Luke MacFarlane again.”  So romance is alive and well in “The Night Shift” and sure to set more than a few fans’ hearts on fire is the addition of co-star Adam Rodriguez, who joins the show.  Also joining the show is Merle Dandridge, who “Star-Crossed” fans will be happy to see on their television screens again.  “The Night Shift” returns for Season 2 on Monday, February 23rd at 10 p.m. on NBC.  (Observation: NBC may need to dub Monday as “Roswell” night since it hosts both Katherine Heigl’s “State of Affairs” and Brendan Fehr/Adam Rodriguez’s “The Night Shift” on Monday nights this television season.)

Coming up in 2015 is NBC’s controversial new family drama “The Slap.”  It is the story of a man who slaps a young child who was threatening another child with a bat during an afternoon barbecue and the resulting lawsuit that tears two families apart in the process.  The show stars Zachary Quinto (“Heroes”) as the man who slapped the boy, who is incensed when he is sued because of it, when from his viewpoint he was defending another child.  Rather than being just seen through his viewpoint, executive producer Walter Parkes said that each episode is set up to be a short story about one of the characters.  NBC executive Jennifer Salke claimed that viewers “are going to just fall into this family’s story — it’s provocative.” Star Zachary Quinto said that “The Slap” puts everything going on psychologically with these people into perspective.  The show also co-stars Uma Thurman, Peter Sarsgaard, Thandie Newton, Thomas Sadoski and Melissa George.  Admitting that she is portraying the same character that she portrayed in the Australian version, Melissa George was quick to assert that “it’s a different journey for me.”  Executive producer Robbie Baitz also clarified, “our version is far more psychological than Australian original, which was more about their culture.”  Uma Thurman also explained that the show will examine the “changing face of what is acceptable” in terms of disciplining children.  Executive producer Walter Parkes emphasized said that the actual slap is just a catalyst for larger story, tearing into families’ lives.  He also noted that “The Slap” only runs eight episodes and will have a decisive ending.  “The Slap” premieres Thursday, February 12th at 8:00 p.m. on NBC.  (Observation:  I  love Zachary Quinto, but I wish he would join the NBC “Heroes” remake “Heroes Reborn” opposed to doing the drama “The Slap.”)

That is a wrap on Day 10 at TCA Winter 2015.  Look for more upcoming snapshots from TCA on the new shows and TV specials coming up for Winter/Spring 2015 here at Seat42F.com.