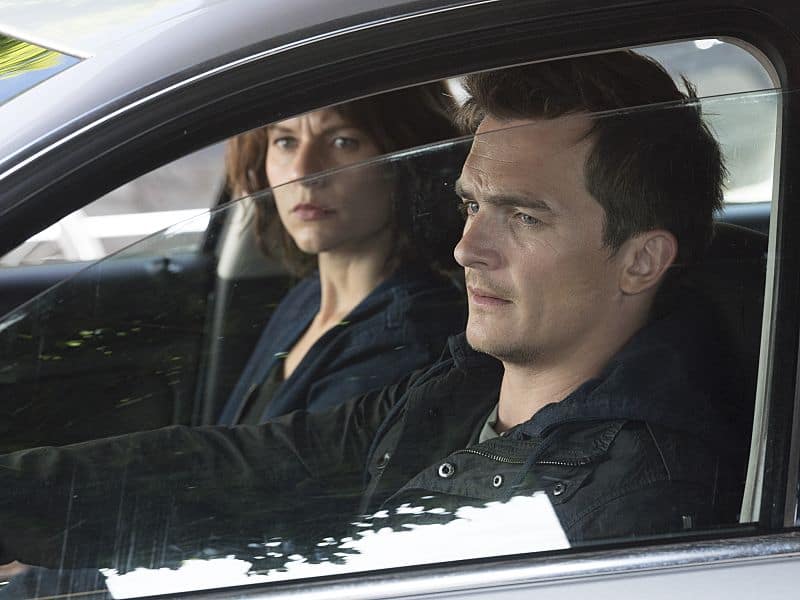 This Summer’s TCA tour included presentations from CW and Showtime, who presented on the sixteenth day of the tour. Here are some of the featured television shows and specials that caught our attention:

Next month marks the 10 year anniversary of The CW.
In 2016, the CW nabbed 5 Emmy nominations: 4 for CRAZY EX-GIRLFRIEND and 1 for JANE THE VIRGIN.
CW shows will soon be viewable on its OTT app without need for cable authentication.
With its Hulu deal ending, the CW app is coming soon to Apple TV, Chromecast, Roku and Amazon Fire.

The new CW Seed animation series FREEDOM FIGHTERS: THE RAY from DC Comics premieres in 2017. It will take place in the same universe as ARROW, THE FLASH, just like VIXEN.
Other new additions to CW Seed: GIRLFRIENDS, EVERYBODY HATES CHRIS, THE GAME.
No discussions to spinoff any other DC characters at this time, but that door is always open is a character “pops.”

In lovely tribute to JANE THE VIRGIN, president Mark Pedowicz admitted, “Jane has redefined the identity of this network.” Also, he happily noted that JANE THE VIRGIN was The CW’s second most-streamed show last season, behind only THE FLASH.

In discussing THE VAMPIRE DIARIES’ final season, Pedowicz said, “This was the right time to end the series and go out in the right way.” He said there are discussions with Nina Dobrev to return as Elena Gilbert, but said that Julie Plec has a strong series finale planned even if Nina does not return. As to the concern that THE ORIGINALS’ fate, Pedowicz noted that the show could live on its own and could easily see a fifth season.

As to the continuing fate of SUPERNATURAL, Pedowicz cheekily said: “If the ratings hold, the show could outlast my tenure in this chair.” So, currently, no end date for SUPERNATURAL is planned.

The CW announced that it renewed Justin Baldoni’s series MY LAST DAYS for a second season.

Pedowicz noted that “back 9’s” are always possible, but most of the CW shows are designed to be 13 episodes for the 2016-17 season, like THE 100 and iZOMBIE.

(Impression: I am delighted that the CW felt confident enough to order as its 2 new Fall TV series shows that have women characters as its lead: FREQUENCY and NO TOMORROW. It is always a challenge to cherry-pick out TV shows worthy of our time as “peak TV” continues to rollout so many TV shows and viewers must be ruthless in what makes the cut for their watch-lists. So I applaud these women-centric new shows.)

THe CW’s new drama FREQUENCY is a remake of the 2000 film of the same name, with the change that the lead role is played by Peyton List who portrays a female cop who finds herself communicating across time on an old ham radio with her deceased father, who was also a cop killed in the line of duty. Simply put, it is a story of a father-daughter bond and quest for justice that spans across time in two different timelines — the present and the past. Executive producer Jeremy Carver explained that the “Butterfly Effect” in FREQUENCY is only shown as it relates to and affects the main characters. So the show focuses more on the family drama and the directly-related crimes and not so much on the outside world that may be effected as the timelines shift from the “Butterfly Effect” and the sci-fi/genre aspect is not explored as much as it is an explanation of what occurs in allowing the cross timeline communication and its ripple-effects. Star Peyton List, who plays the lead role Raimy Sullivan, said that for her: “I’m a big sci-fi fan and I had to figure out how to make the leap and believe, but I like playing characters who are skeptical.” For those wondering how far the story can stretch over the course of several seasons, the producers said they have 3 years planned in which the story could branch off and explore other stories beyond that. Mostly, season one will rely on establishing the strong father-daughter bond between Peyton List/Riley Smith’s characters of Frank and Raimy Sullivan. That gives viewers a story to root for as the timeline shifts due to the “Butterfly Effect” — and the present changes as past changes. FREQUENCY stars Peyton List, Riley Smith, Mekhi Phifer, Devin Kelley, Lenny Jacobson, Daniel Bonjour and Anthony Ruivivar. (Impression: CW’s new drama series FREQUENCY is a compelling take on film of the same name. It has a strong, engaging pilot episode. Worth checking out. Also while CW’s new series FREQUENCY takes place in two separate timelines with communication between them, there is no actual time travel.) FREQUENCY premieres Wednesday, October 5, 2016 on the CW.

CW’s NO TOMORROW is charming, exuberant story about a girl challenged to embrace life by man who believes world is ending. Thus, the primary theme of NO TOMORROW is: seize the day. Co-starring Tori Anderson and Joshua Sasse, their characters fall in love under the most unusual of circumstances and yet decide to give the unexpected romance a try. Joshua Sasse says he does not think of his character as a conspiracy theorist, but rather laughingly speculated: “I’m wondering if the show is a subtle warning for us.” Executive producer Maggie Friedman explained that Joshua’s character Xavier: “He does know the secret of life — to seize the moment — because none of us are guaranteed tomorrow.” When asked if the show will reach the theoretical date that Xavier believes will be the apocalypse, the producers would only coyly say: “TBD!” Maggie Friedman added: “Xavier’s philosophy spins out onto the other characters and encourages them to live their best lives.” Rather than be a dour look at doomsday, NO TOMORROW adopts a joyous attitude of what would you do if you only had a limited time left to live — what would be on your bucket-list? NO TOMORROW stars Joshua Sasse, Tori Anderson, Jesse Rath, and Amy Pietz. (Impression: CW’s new series NO TOMORROW is so cheerful and romantic. It is like a summer umbrella fruity drink that you savor on a tropical beach. Fans of Joshua Sasse’s work on ABC’s GALAVANT will love his role on NO TOMORROW. It continues his streak with blissfully in-love characters.) NO TOMORROW premieres Tuesday, October 4, 2016 on the CW.

SUPERGIRL and THE FLASH are both having musical episodes later in the 2016-17 season and the musical episode crossover will occur around episodes 13 or 14.
Chris Wood will be playing Mon-El on SUPERGIRL and Sharon Leal will be playing Miss Martian on SUPERGIRL.
Calista Flockhart will have reduced role as Cat Grant and the show will explore what’s happens in the office because of who may stepping up in her absence.
The four DC show crossover will touch upon SUPERGIRL, but start in earnest on next night on THE FLASH and goes through ARROW and LEGENDS OF TOMORROW.
THE FLASH Season 3 will feature the dark speedster Savitar.
Dolph Lundgren will play one of the villains in ARROW Season 5’s flashbacks.
Oliver will be busy balancing his roles as mayor, superhero, and training vigilantes (inspired by him) on ARROW.
This will be the last year of flashbacks on ARROW as the timeline on the island will finally catch up with the events in the present.
Oliver is recruited to a criminal organization in the flashbacks.
Barry Allen’s “flashpoint” has effects on both THE FLASH and ARROW as they cannot turn back time on one show without changing the other at same time.
Lance Henriksen will be appearing as Obsidian of the JSA in LEGENDS OF TOMORROW Episode 205.

Interestingly, President and CEO David Nevins said that television viewing has finally surpassed movies in this summer’s favorite pastime. He also claimed that Showtime is still #2 in subscribers. (Side-note: Is he only counting HBO or is he including Netflix in this estimate?)

HOMELAND renewed through Season 8.
RAY DONOVAN renewed for Season 5.
New limited event series GUERILLA has been ordered from John Ridley and stars Idris Elba.
The new drama series PURITY is a contemporary psychological thriller starring Daniel Craig. 2 seasons have been ordered and is scheduled to premiere in 2018.
Showtime to air a documentary about the L.A. riots entitled “Burn Motherfucker Burn.”
Jay Pharoah will star in the Showtime pilot “White Famous.”
Taran Killam will star the Jason Katims’ Showtime pilot.
TWIN PEAKS likely to premiere in the first half of 2017.

Nevins stated that he is learning what causes sign-ups and buying decisions of customers as well as what they want to watch. So offering Showtime on the internet is affecting how Showtime markets and programs its content. It made him realize the increased value of documentaries. In fact, the how time series THE CIRCUS ended up being more important than he realized, and that led him to consider political-comedy on Showtime.

Nevins also said that he believes in classic TV network/channel bundling because he thinks “it’s a pain in the ass” to have 16 different apps to have to use to watch TV shows. (Impression: On that point he may be right — viewers are watching Netflix instead. I also disagree with his assessment. I don’t think TV future in cable “bundling” because the unending years of cable and satellite provider carriage fee disputes are sending frustrated consumers to Netflix.)

Executive producer Alex Gansa said that a question that carries over from last season is: what is Carrie’s relationship with the CIA going forward because she’s still not in the agency? Star Claire Danes explained that as Season 6 begins that there is still a split between Saul (Mandy Patinkin) and Carrie that they’ve been working on repairing. As to the hanging fate of Quinn (Rupert Friend), Gansa said, “Quinn will represent a familiar and terrifying casualty of terrorism.” So although Quinn is alive, he did not exactly survive because Quinn suffered a major stroke. He added: “You’ll see a very strange and altered Quinn this year as a result of stroke.” Besides the roles of Carrie and Quinn, Gansa said the next season will explore how the law enforcement community treats the Muslim community and what responsibility the intelligence agencies have to educate an incoming president and to see how a new president adjusts. Gansa explained: “What is really fascinating to us is this period between election day and inauguration day.” In addition, while last season Carrie was in a place of atonement, she was also struggling with guilt about her choices and the deaths of others along the way. So as Danes said: “Carrie was overwhelmed with a sense of loss. She had tried to cultivate happiness in her life and it doesn’t work.” She further explained: “Carrie is a rogue spirit and she is a really good spy — and it will manifest itself differently this time around. . . Carrie’s going to try to influence change from a different vantage point. She has a bigger agenda.” When asked why Quinn and Carrie are not together romantically, Danes said she can’t because, “she’s here to save the world.” HOMELAND Season 6 returns January 15, 2017 on Showtime.

That’s a wrap on the network and studio presentations from Day 16 of the Summer 2016 Television Critics Association Tour. As a reminder: be sure to mark your calendars for the upcoming new series and specials as you do not want to miss out on the next great TV show that everyone will be talking about.