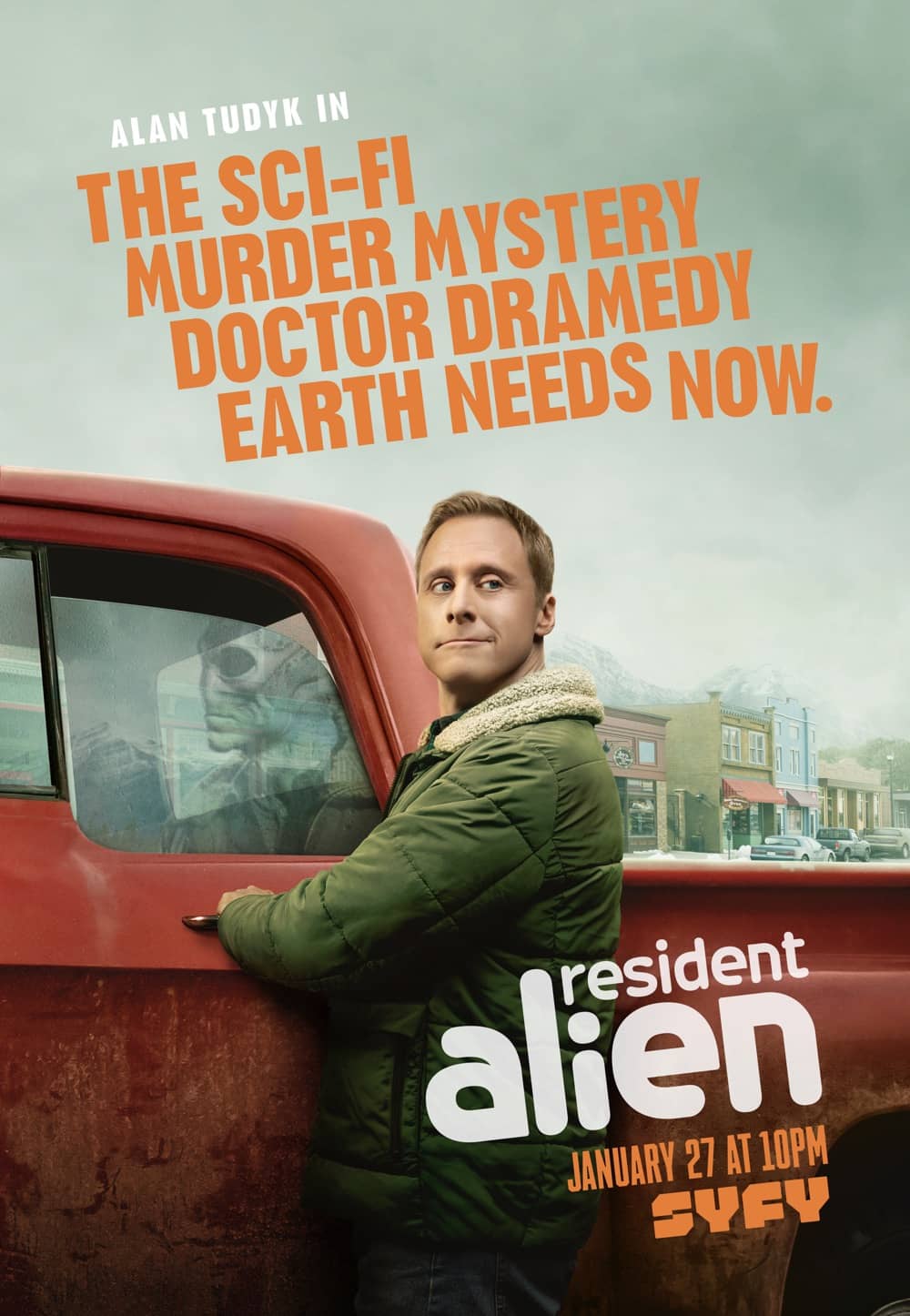 Calling all humans… SYFY has released the official trailer and key art for its upcoming series RESIDENT ALIEN! The mystery/sci-fi/doctor dramedy will premiere on Wednesday, January 27 at 10pm ET/PT.

Based on the Dark Horse comic, SYFY’s RESIDENT ALIEN follows Harry, an alien played by Alan Tudyk (“Rogue One,” “Firefly”) that crash lands on Earth and passes himself off as a small-town human doctor. Arriving with a secret mission to kill all humans, Harry starts off living a simple life… but things get a bit rocky when he’s roped into solving a local murder and realizes he needs to assimilate into his new world. As he does so, he begins to wrestle with the moral dilemma of his mission and asking the big life questions like: “Are human beings worth saving?” and “Why do they fold their pizza before eating it?” Sara Tomko (“Once Upon A Time”), Corey Reynolds (“The Closer”), Alice Wetterlund (“Silicon Valley”) and Levi Fiehler (“Mars”) star as the big personalities of Patience, Colorado.