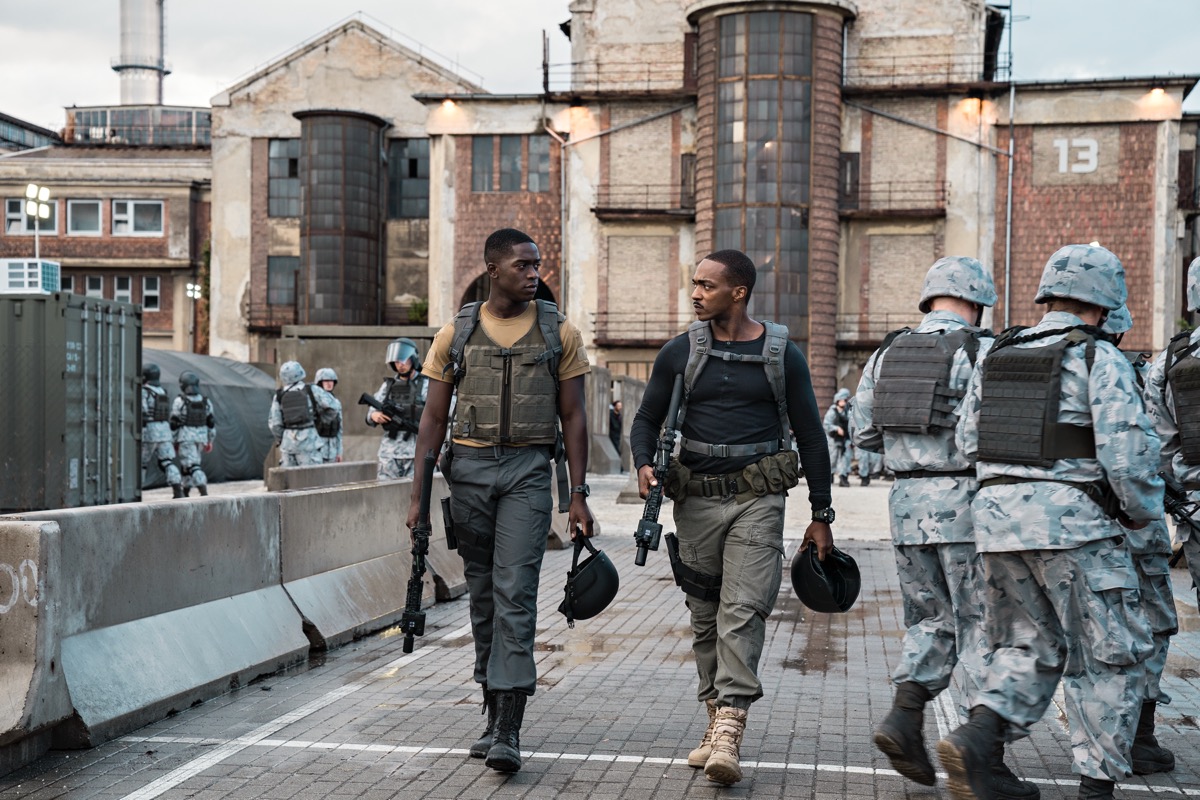 Set in the future, Harp (Damson Idris), a drone pilot, is sent into a deadly militarized zone where he finds himself working for Leo (Anthony Mackie), an android officer, tasked to locate a doomsday device before the insurgents do. Outside the Wire is directed by Mikael Håfström.

OUTSIDE THE WIRE Netflix Teaser Trailer