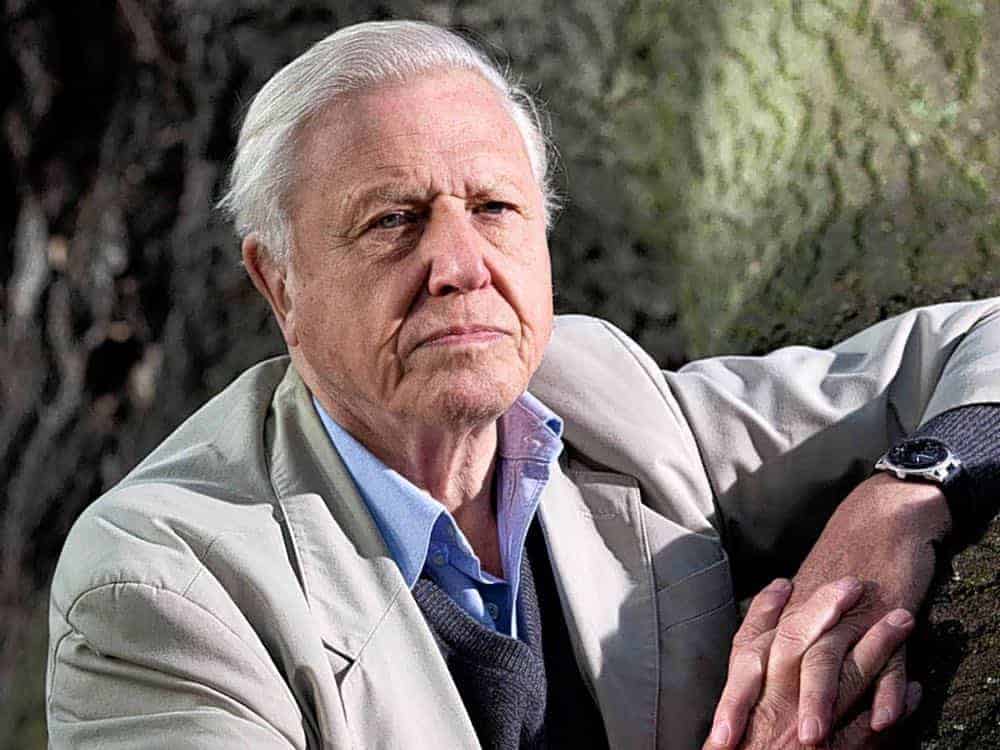 World-renowned naturalist Sir David Attenborough will serve as the voice of upcoming Netflix original documentary series Our Planet, which will premiere on Netflix on 5th April 2019. The ambitious series has been created in collaboration with Silverback Films, whose director Alastair Fothergill was the creator of the critically acclaimed original Planet Earth and Blue Planet series, and WWF, the world’s leading conservation organisation.

The ground-breaking, eight-part series will showcase the planet’s most precious species and fragile habitats, revealing amazing sights on Earth in ways they’ve never been seen using the latest in 4k camera technology.

The ambitious four-year project has been filmed in 50 countries across all the continents of the world, with over 600 members of crew capturing more than three and a half thousand filming days, and will focus on the breadth of the diversity of habitats around the world, from the remote Arctic wilderness and mysterious deep oceans to the vast landscapes of Africa and diverse jungles of South America.

“Our Planet will take viewers on a spectacular journey of discovery showcasing the beauty and fragility of our natural world. Today we have become the greatest threat to the health of our home but there’s still time for us to address the challenges we’ve created, if we act now. We need the world to pay attention. Our Planet brings together some of the world’s best filmmakers and conservationists and I’m delighted to help bring this important story to millions of people worldwide.“

The partnership with WWF enables the series to be part of a wider global project which will help inspire people around the world to discover why our natural world matters. From a wealth of online resources to educational programmes for schools, the project will go beyond just showcasing the wonders of our planet to reveal what we must do now to ensure people and nature can thrive.

Alastair Fothergill, Director at Silverback, said: ‘Our Planet is our most ambitious endeavour to date, we hope it will inspire and delight hundreds of millions of people across the world so they can understand our planet, and the environmental threat it faces, as never before. The crew have ventured to all corners of the globe to capture breathtaking natural history sequences and using the latest filming technology to bring these never-filmed-before moments into people’s homes. By launching on Netflix at the same time all over the world, this series will enable people to connect to and understand the shared responsibility we all have. We are genuinely all in this together.”

Lisa Nishimura, Vice President of Netflix Original Documentaries, said: ’Our Planet is a phenomenal achievement by Alastair Fothergill, Keith Scholey and all at Silverback Productions, and a spectacular voyage of discovery around the world. We are delighted that Sir David Attenborough will voice the series and that Netflix, as a global platform, is able to bring this vital and magical series to an audience of over 190 countries worldwide next year”

Colin Butfield, Executive Director of WWF-UK and Executive Producer of Our Planet, said: ‘We’re the first generation to know the full impact of what we’re doing to our planet, and the last that has the chance to do anything about it. We’re at a unique moment in our history where we have the chance to put things right and start on the path towards a better future. Our Planet will showcase the wonders of our world at the critical time when we need global action to protect it.’

A companion book to the series Our Planet, by Alastair Fothergill, Keith Scholey with Fred Pearce will be published in April by Transworld.

About WWF
WWF is one of the world’s largest independent conservation organisations, with more than five million supporters and a global network active in more than one hundred countries. Through our engagement with the public, businesses and government, we focus on safeguarding the natural world, creating solutions to the most serious environmental issues facing our planet, so that people and nature thrive. Find out more about our work, past and present at wwf.panda.org

About Netflix
Netflix is the world’s leading internet entertainment service with 130 million paid memberships in over 190 countries enjoying TV series, documentaries and feature films across a wide variety of genres and languages. Members can watch as much as they want, anytime, anywhere, on any internet-connected screen. Members can play, pause and resume watching, all without adverts or commitments.

About Silverback Films
Silverback Films specialises in the production of high quality wildlife films for both television and cinema. Formed in 2012 by Alastair Fothergill and Keith Scholey, the company brings together a world-class team of wildlife filmmakers to create the highest quality natural history films. The company is currently making two landmark series for the BBC and feature films for Disneynature.