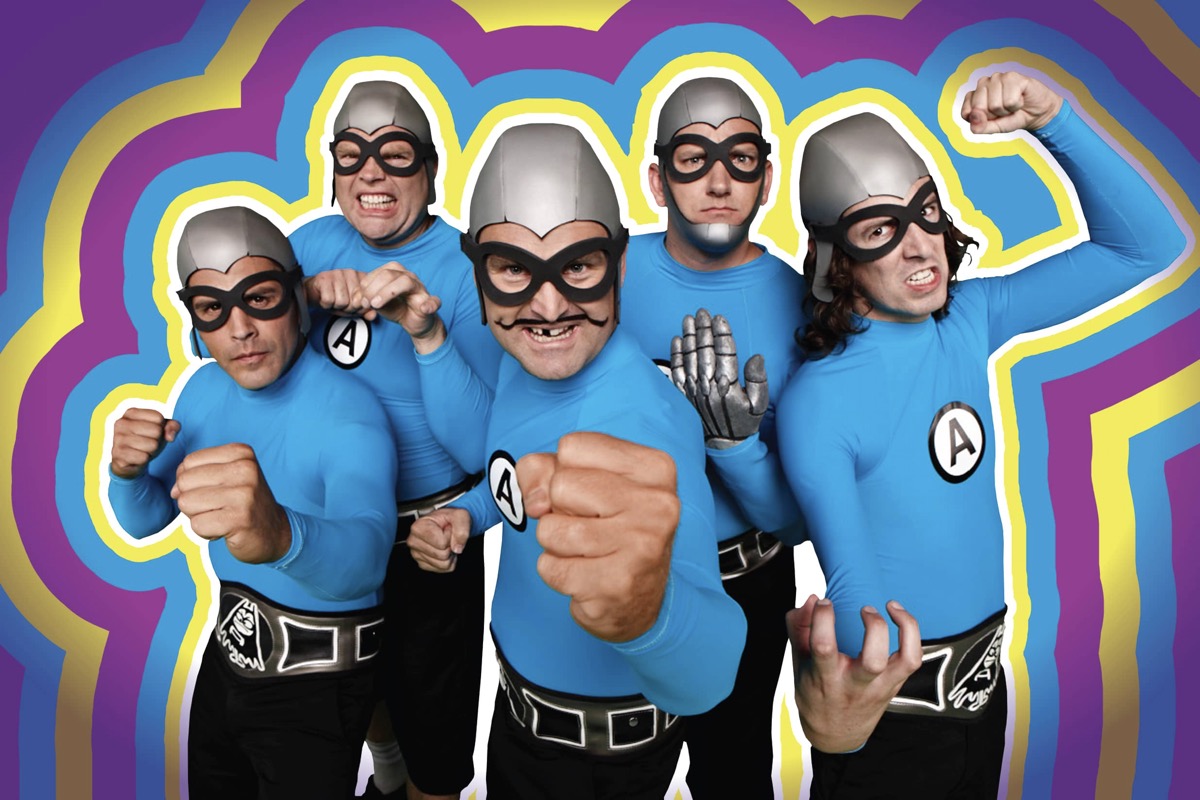 The multi-year alliance provides Shout! Factory TV with SVOD, AVOD and linear streaming digital rights in the U.S. and Canada to all episodes of The Aquabats! Super Show!, including the unaired pilot episode and specials.

Shout! Factory TV plans a timely rollout of The Aqubats! Super Show!, expected later this year on its streaming service. As excitement builds, Shout! Factory TV, in collaboration with The Aquabats!, will announce additional news and activities in forthcoming months.

The Aquabats! Super Show! premiered in 2012 on the Hub Network and aired for two seasons. The series was created by Christian Jacobs,Scott Schultz (creators of the series Yo Gabba Gabba!), and Jason deVilliers. Throughout its run, the show received eight multiple Daytime Emmy nominations and one win. Shout! Factory previously released The Aquabats! Super Show!: Season One on DVD in 2013.

Based on the superhero mythology of The Aquabats!, a real comedy rock band which series co-creator and lead singer Jacobs formed in 1994, The Aquabats! Super Show! follows the comic adventures of a fictionalized version of the band, a musical group of amateur superheroes, as they haphazardly defend the world from a variety of villains and monsters. Styled similarly to the campy aesthetics of 1960s and 1970s children’s television and Japanese tokusatsu, The Aquabats! Super Show! utilizes various mediums of visual styles and special effects, mixing live-action storylines with cartoon shorts, parody advertisements and musical interludes.

“The Aquabats! are back at Shout! Factory, and we couldn’t think of a better home for Seasons 1 and 2 of The Aquabats! Super Show!,” said Christian Jacobs (The MC Bat Commander).“Take a look at their catalog and you’ll see a lot of the stuff that inspired Super Show! in the first place. We hope our fans enjoy watching The Aquabats! right alongside some of our all-time faves like Kamen Rider and Ultraman Leo, and we look forward to new folks discovering our wacky rock and roll adventures!”

“As fans first, we’re thrilled to once again be working with The Aquabats!. The Aquabats! Super Show! has a devoted fanbase that has cemented the show as a pop culture phenom. We look forward to not only making it available for more fans to discover via streaming on Shout! Factory TV, but also taking advantage of the digital medium to give current fans new and unique ways to experience the show,” said Gene Pao, Shout’s SVP of Digital Enterprises. “As we actively expand our reach in streaming and digital platforms, acquisitions like this epitomize the fan-driven content we continually produce and pursue.”

About The Aquabats!
The Aquabats!, formed in 1994 in Orange County as a way to have some harmless fun in a music scene that took itself too seriously. Their Paul Frank designed “power belts,” trademark rash guards, black eye masks, “anti-negativity” helmets and onstage antics quickly caught on, earning the group a fiercely loyal following that spans generations. Their line-up and music is continuously evolving, including Blink 182’s Travis Barker as former drummer “Baron Von Tito.”

In 2012, the band debuted The Aquabats! Super Show!, a live-action musical action comedy television series which aired on the Hub Network. The show received eight multiple Daytime EMMY nominations and one win.