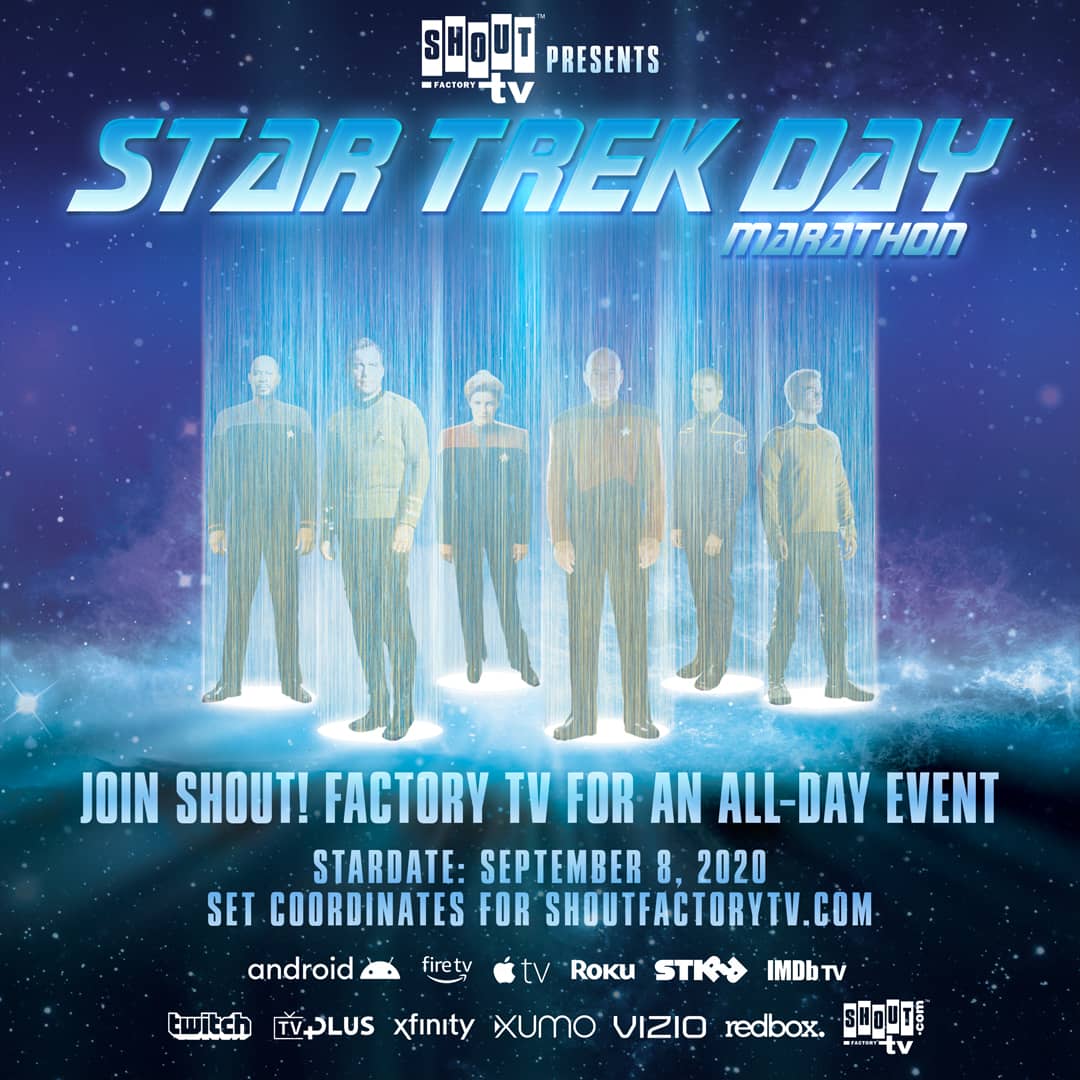 Shout! Factory TV proudly presents a marathon of Star Trek documentaries in celebration of Star Trek Day, September 8, the anniversary of the original series’ 1966 broadcast debut. Fans can tune in to see in-depth looks at Star Trek series across the years with five acclaimed documentaries and docuseries directed by William Shatner and Ira Steven Behr (Star Trek: Deep Space Nine showrunner) and David Zappone (producer of For the Love of Spock, The Captains).

In The Captains, Shatner sits down for five insightful interviews with the franchise’s captains — Sir Patrick Stewart, Avery Brooks, Kate Mulgrew, Scott Bakula and his own Kirk counterpart, Chris Pine. The interviews continue with The Captains Close Up, a docuseries formed from additional interview footage unable to be included in the original The Captains film. Chaos on the Bridge tells the delightful — and surprising — story of bringing Star Trek: The Next Generation to the screen! And finally, in Get A Life, Shatner presents his own, unforgettable love letter to the fans of Star Trek.

What We Left Behind: Looking Back at Star Trek: Deep Space Nine presents a fascinating in-depth look at the past, present and future of a series whose dark, edgy take on Gene Roddenberry’s vision was often misunderstood when it premiered but has grown into a beloved mainstay in the Star Trek franchise. Featuring extensive interviews with the cast and crew of Star Trek: Deep Space Nine as well as remastered HD footage from the television series, What We Left Behind also focuses on the original writers of the series as they craft a brand-new episode of Star Trek: Deep Space Nine, developing what would be the eighth-season premiere if the show were to return to the air today.