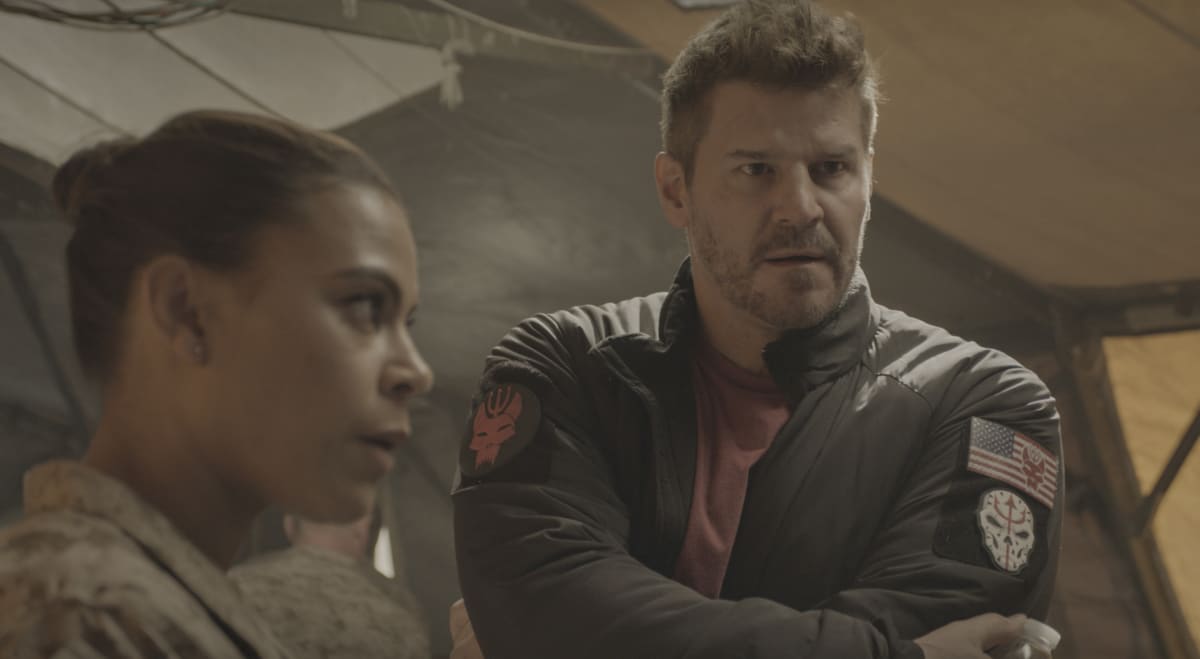 SEAL TEAM Season 4 Episode 6 Photos Horror Has A Face – s04e06 4×06 “Horror Has a Face” – As Ensign Davis tracks Ray’s location to a shipping container in the Mediterranean Ocean, Bravo team becomes increasingly desperate to rescue their brother before it’s too late, on SEAL TEAM, Wednesday, Jan. 27 (9:00-10:00 PM, ET/PT) on the CBS Television Network.