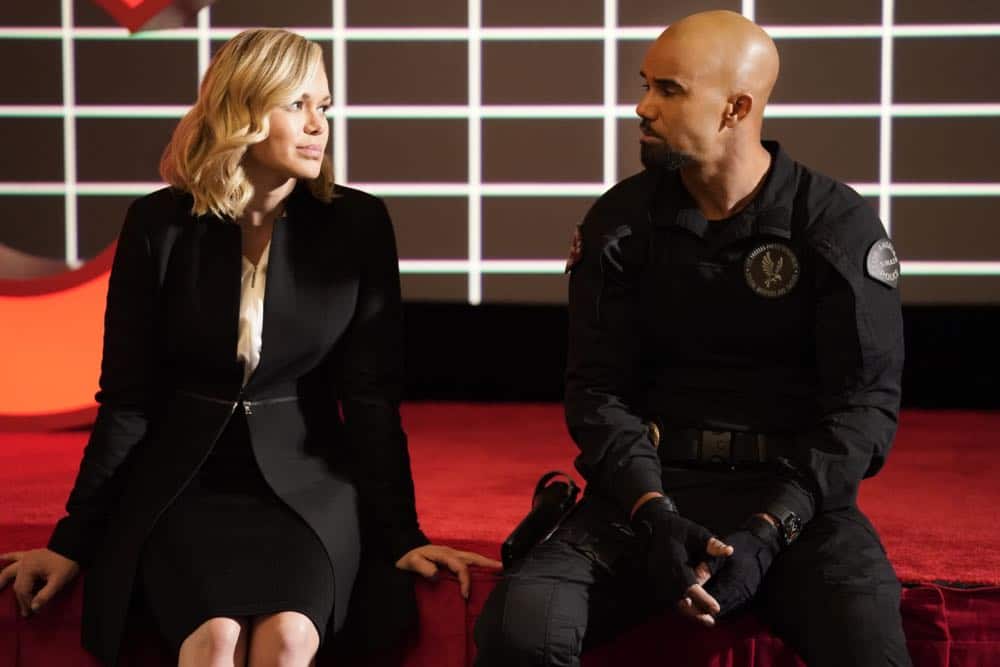 “Source” – Jim Street debates whether or not his mother, Karen (Sherilyn Fenn), should live with him upon her prison release after Hondo and Chris warn him against it. Also, Hondo and the team are assigned to protect Irina Zemanova (Anya Monzikova), a high-profile Russian journalist visiting Los Angeles, from being assassinated, on S.W.A.T., Thursday, April 26 (10:00-11:00 PM, ET/PT) on the CBS Television Network. S.W.A.T. Season 1 Episode 19 Photos Source.