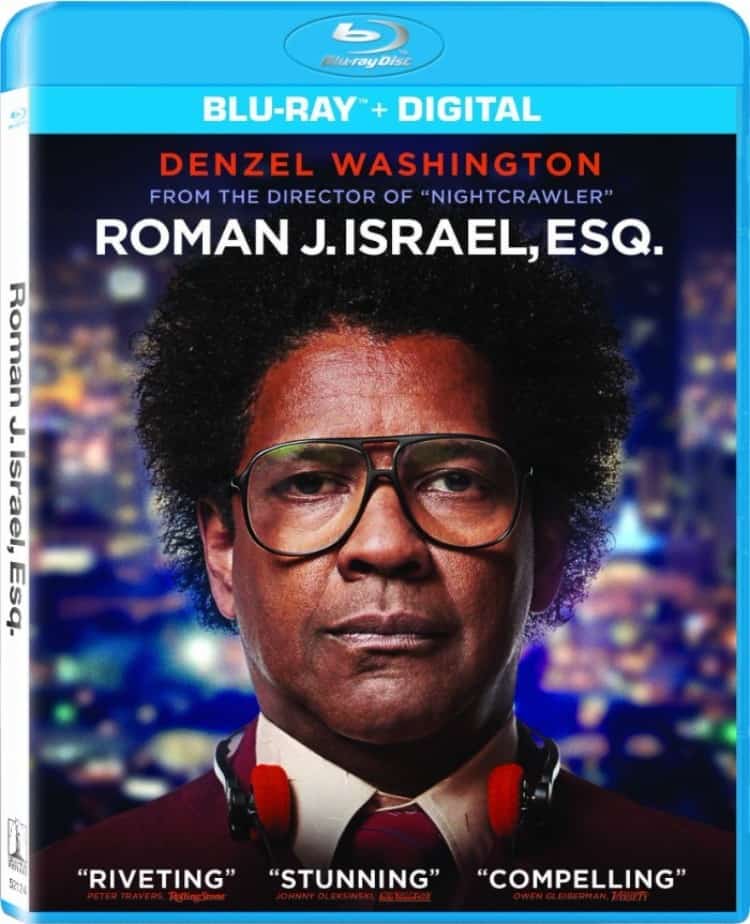 ROMAN J. ISRAEL, ESQ. comes with three behind-the-scenes featurettes and eight deleted scenes. “Denzel Washington: Becoming Roman” delves into the physical, mental and spiritual processes Denzel undertook to become his character Roman. In “The Making of Roman J. Israel, ESQ.” the cast and filmmakers discuss the key themes of justice, activism and empowerment in this film and Dan Gilroy reveals how his research into the criminal justice system influenced his writing and directing. Lastly, in “Colin Farrell: Discovering George,” Colin Farrell and Dan Gilroy lead the discussion on Colin’s character George and his dynamic relationship with Roman, as well as Farrell’s powerful performance in the role.

Synopsis:
ROMAN J. ISRAEL, ESQ. is a dramatic thriller set in the overburdened Los Angeles criminal court system. Denzel Washington stars as a driven, idealistic defense attorney whose life is suddenly disrupted. When he is recruited to join a firm led by an ambitious lawyer George Pierce (Colin Farrell) – and begins a friendship with a young champion of equal rights (Carmen Ejogo), a turbulent series of events ensue that will put the activism that has defined Roman’s career to the test.

ROMAN J. ISRAEL, ESQ has a run time of approximately 122 minutes and is rated PG-13 for language and some violence.

Academy Award® is the registered trademark of the Academy of Motion Picture Arts and Sciences.