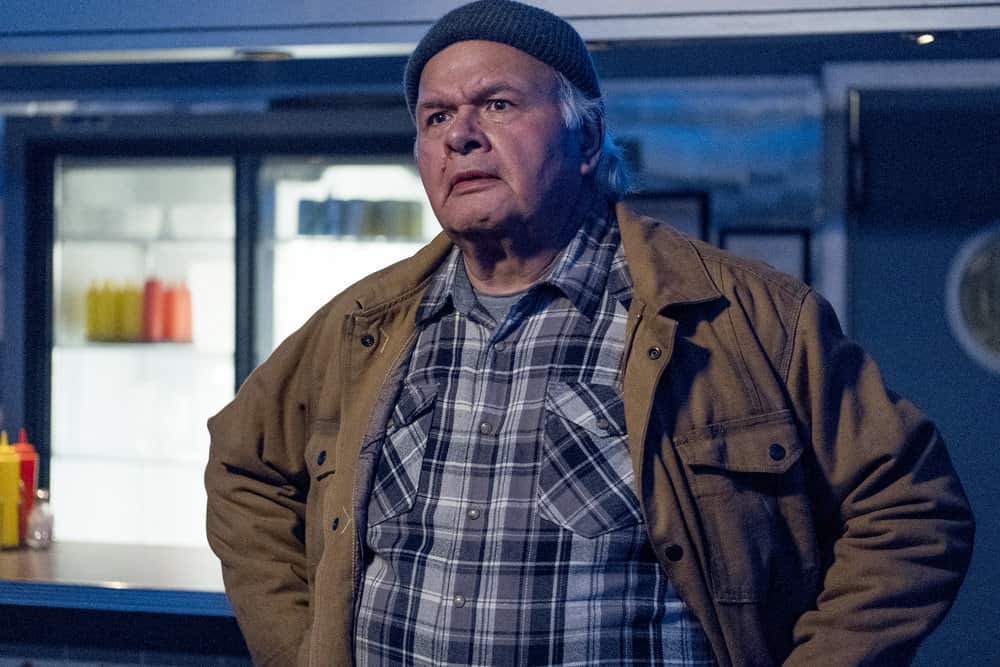 Promo pics from Resident Alien Season 1 Episode 8 End Of The World As We Know It. Harry is forced to rely on Asta and D’arcy’s help to survive.