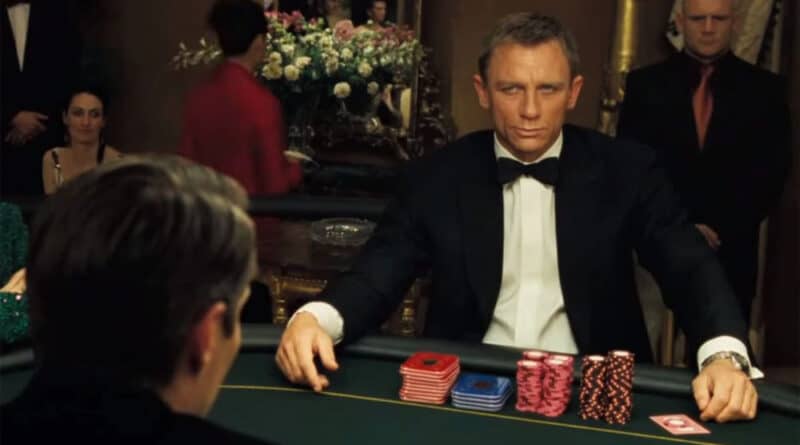 There are chances of taking big wins in gambling, and many people enjoy it as it is also exciting. Gambling has been there for centuries, and the best part is that there are so many movies and TV series created based on the topic. Some have been made based on true events, poker games, jackpot wilds, and roulette movies.

Directors also love the gambling topic as it involves danger and risk. It can also be spiced up with other genres like adventure, action, thriller, and even comedy to make the movie more interesting. Here are the top successful movie franchises that feature the gambling industry.

This is among the coolest and sleekest gambling movie ever made. It revolves around the best bank robbers trying to rob 3 Vegas Casinos. Con-man Danny Ocean is the one behind the plan, and he plans to rob the three casinos at the same time. He assembles his team, who use all kinds of characters. Although the casino owner won’t let his money go easily, the robbers execute the plan perfectly and manage to walk away with $150m.

The cooler is also another successful franchise that involves romance and games. The series is directed by Wayne Kramer and was produced by Sean Furst and Michael A. Pierce. The film talks about an unlucky gambler who is in love with a waitress, which suddenly brings him luck. This 2003 American film is interesting because of the romantic drama and won the Satellite Award for Best Supporting Actress.

The casino is a 2004 series that tells the story of two millionaires, Tim Poster and Thomas Breitling, who sold their business for a lot of money to multiple cash in Las Vegas. The story was written by James Bruce, Mark Burnett, and Robert Lieberman. Unfortunately, the series was cancelled because of dismal ratings.

This is yet another franchise movie that is about gambling and drug addiction. The film is about a gambler who is about to retire and wants to win his final game. Although the movie is a bit controversial, it interesting as the main actor manages to take millions before the police chief figures out what he is up to.

21 is a 2008 film that made its way to the gambling industry. It is a story about 6 MIT students trained to be experts in card counting. The film is directed by Robert Luketic and is based on Bringing Down the House. It also features Micky Rosa, who educates young disciples to play and win Blackjack. It also has Kevin Spacey, who acts as a math professor.

This is a popular comedy loved by many people. It is about four friends travelling to Las Vegas to have a party and find themselves in trouble as they have to deal with gambling barons and thugs. The film also contains many gambling scenes, making it a great gambling movie that everybody can enjoy.

Casino Royale is a spy movie released in 2006 and is a James Bond series that shows him embarking on a mission to stop a mob banker from walking away with a high-stakes poker game. The film was directed by Martin Campbell and had a budget of $150million. The series is listed among the top 21 gambling movies because of the amazing poker scenes and is interesting as it has been blended with drama and action.

Above are some of the most popular franchise gambling movies that you can always enjoy watching and learn a few things about gambling. Although some of these movies are not purely about gambling, they have made their way in the gambling industry due to scenes shown in the films.