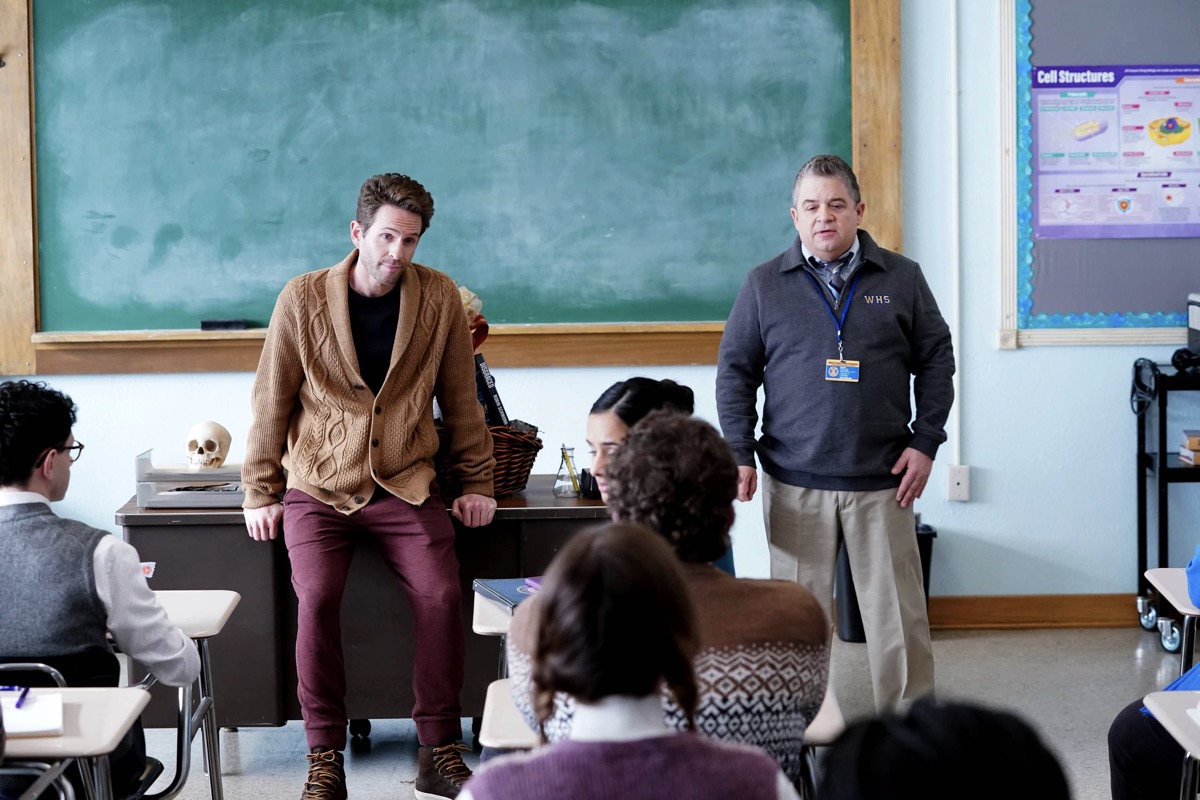 Critically-acclaimed Peacock Original comedy A.P. BIO has been renewed for a fourth season. The 8-episode season will be coming to Peacock in 2021.

“Everyone involved is so excited to do more episodes,” said creator Mike O’Brien. “We’re so thankful to Peacock and everyone who watched! Season 3 was the most fun we’ve had. I want to dig even deeper into the main characters and also keep messing with the sitcom format.”

The first three seasons of A.P. BIO are currently streaming on Peacock.

When disgraced Harvard philosophy scholar Jack Griffin (Glenn Howerton) loses out on his dream job, he is forced to return to Toledo, Ohio, and work as a high school advanced placement biology teacher. As he comes crashing into Whitlock High School, Jack makes it absolutely clear that he will not be teaching any biology. Realizing he has a roomful of honor roll students at his disposal, Jack decides instead to use the kids’ brainpower for his own benefit. Over time, his students help him realize his dream job might actually be the one he has right now. Eager to prove that he is still king of the castle, Principal Durbin (Patton Oswalt) struggles to control the force of nature that is Jack Griffin. The series also stars Mary Sohn, Lyric Lewis, Jean Villepique and Paula Pell.