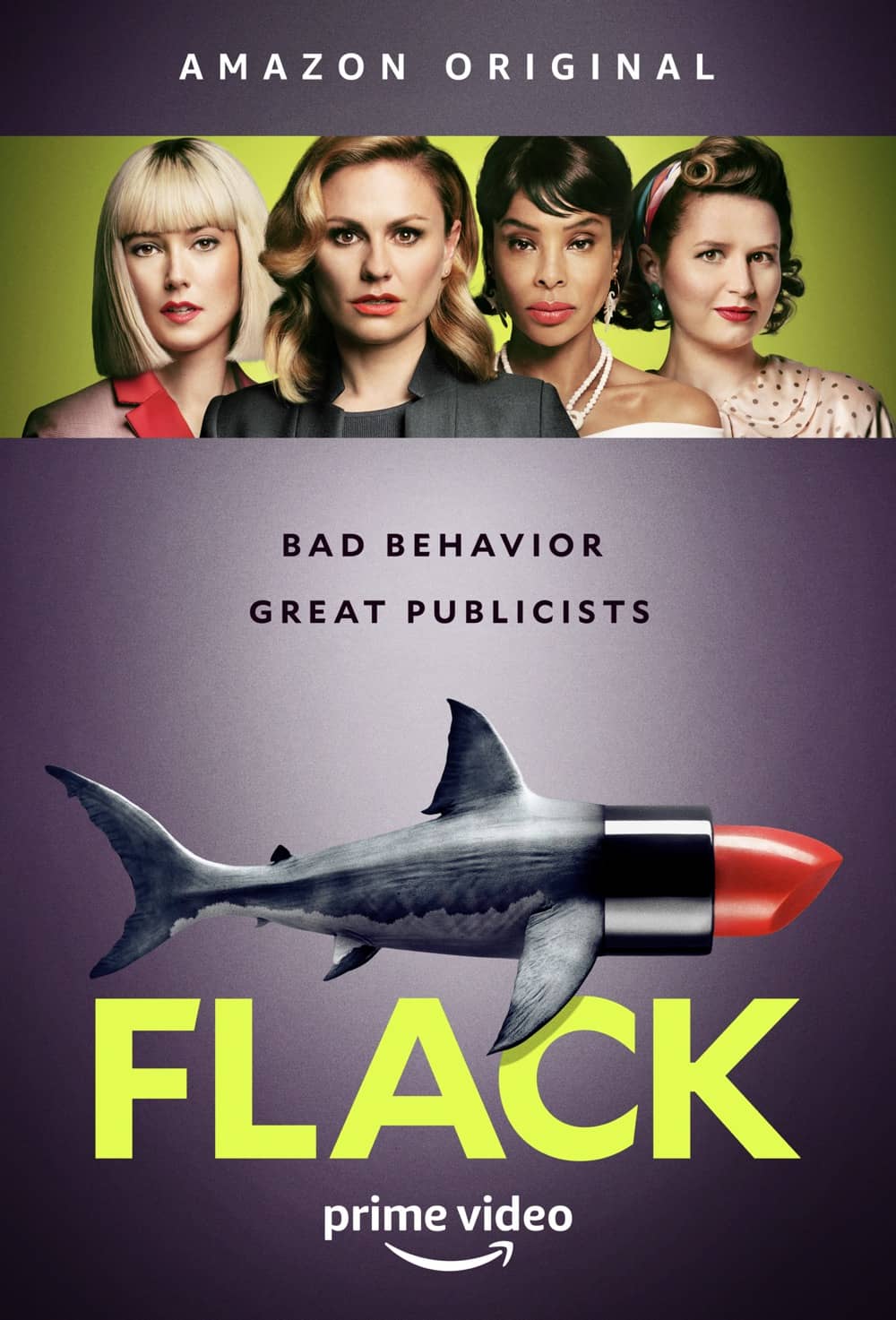 Amazon Studios announced today that Flack, starring Academy Award-winner Anna Paquin (The Piano, True Blood, X-Men) will premiere all six episodes of season one on January 22, 2021 on Prime Video in the US and Canada. Season two will premiere at a later date in 2021. The new key art for season one is available now.

Created and Written by Oliver Lansley, Flack is set in a world of high-stakes public relations and shows the dark underbelly of cleaning up clients’ messes. Anna Paquin plays Robyn – a flack – who’s a sharp and witty publicist and an expert at her craft, but is completely self-sabotaging when it comes to her personal life.

Flack is equal parts drama and comedy, reflecting the brutal reality and complexities of our modern and hyper-connected life, where anything can go viral in an instant. With PR serving as the perfect backdrop to explore these challenges, Flack centers on Robyn and her four quick-witted and relentless flackers who must figure out how to make the best of bad situations and somehow manage to get out unscathed.

The six-episode first season also stars Sophie Okonedo (Chimerica) who plays Robyn’s boss, Caroline. Formidable and highly capable, this alpha woman takes no prisoners and makes no excuses. But is she hiding a softer side? Lydia Wilson (Requiem) plays Robyn’s best friend, Eve. She is her outspoken and provocative colleague who will have her loyalty pushed to the limits when worlds collide. Rebecca Benson (The White Princess) plays intern Melody. Young and naïve, she has attached herself to very unsuitable role models. Guest stars include Max Beesley, Marc Warren, Alan Davies, Katherine Kelly, Darren Boyd, Kadiff Kirwan, Jane Horrocks and Bradley Whitford in the penultimate 5th episode. Flack is a dark and brazen comedy with loveable antiheroes who will shock you with their self-destruction – but have you rooting for them anyway.