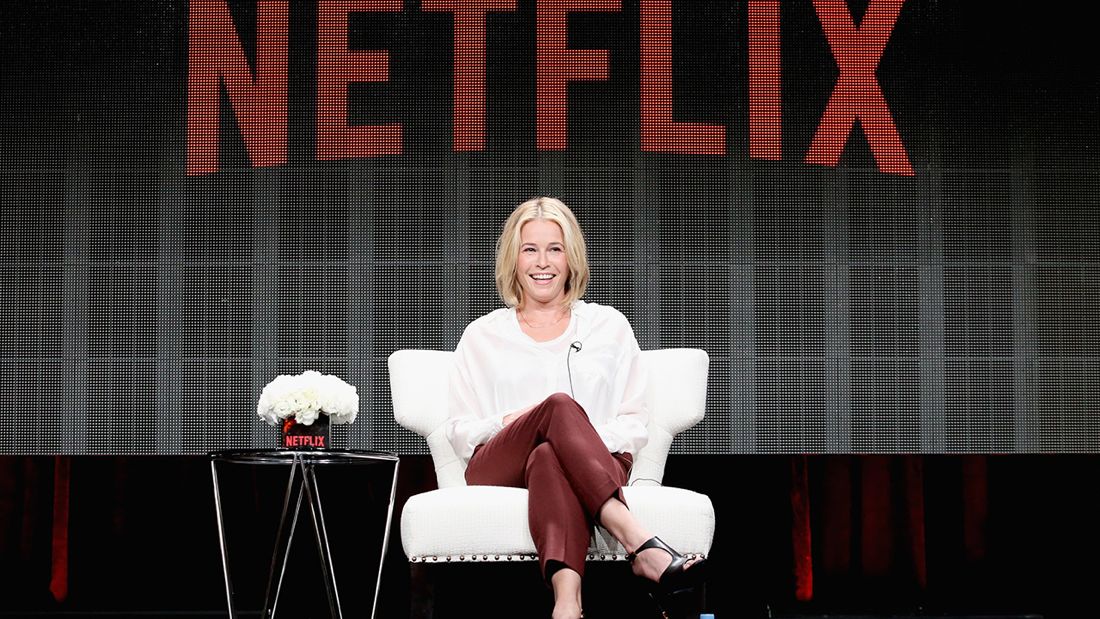 Chelsea – Will return for a 90-Episode Second Season in 2017

Chelsea Handler is back with a freshly stamped passport and new global outlook as she tackles today’s tough issues with the same acerbic wit and fearless curiosity you know and love. Join her as she travels around the world – from Russia, Japan, and Mexico City, across the U.S. and back again, to explore the subjects that matter most to you. Chelsea features celebrities, dignitaries, and surprise guests engaging in thought-provoking, yet hilarious conversations about topics like international cultures, alternative lifestyles, education, health, sports, parenting, politics, and more. Season 1 of Chelsea is currently streaming three times a week exclusively on Netflix.

Lady Dynamite – Will return for a Second Season in 2017

Lady Dynamite is a single-camera comedy series based on what actor/comedian Maria Bamford has accepted to be “her life.” The occasionally surreal episodes, refracted across multiple time periods inspired by Bamford’s life, tell the story of a woman who loses- and then finds- her s**t.

Real Rob – Will return for a Second Season in 2017

Rob Schneider’s comedy series, Real Rob, is an exaggerated yet brutally honest depiction of the comedian’s real life, interspersed with his stand-up comedy performances. Managing the ups and downs of a Hollywood career and it’s celebrity treatment (with his younger Mexican wife, a new baby, an ever-present stalker and a completely incompetent assistant), this comedy series is as close to the bone’ real life of the internationally famous comedian.

The 8-episode second season, now a Netflix original series, stars and is produced and directed by Schneider. Patricia Schneider and Jamie Lissow also appear in the series.