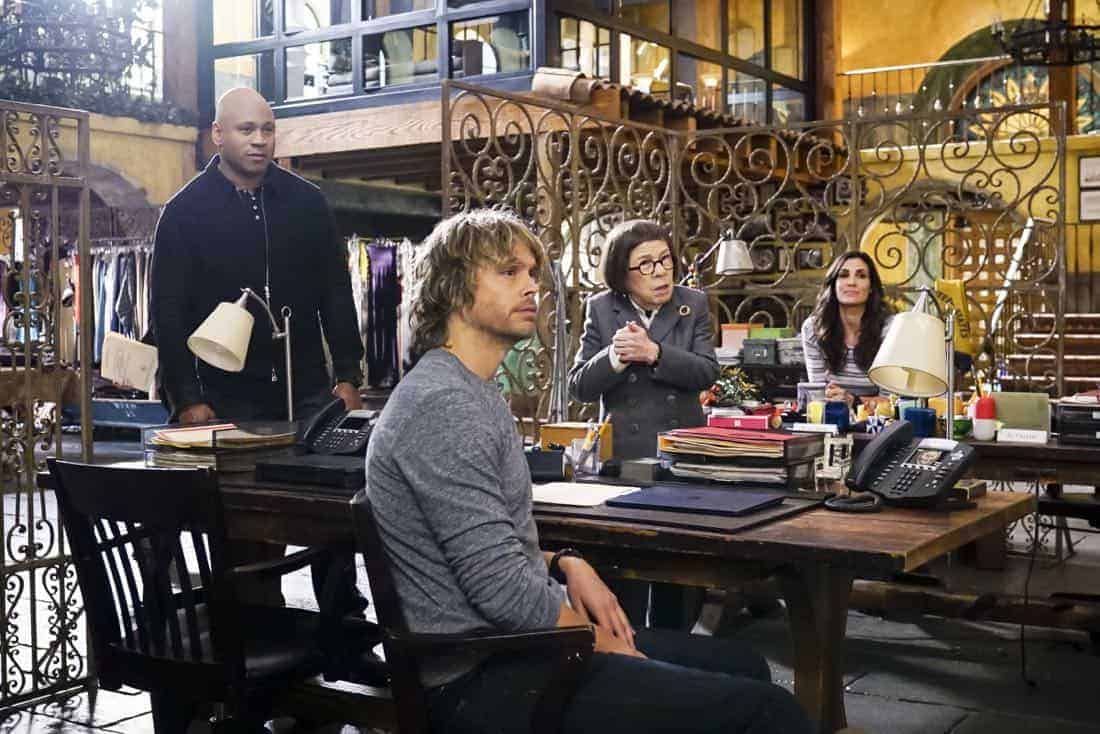 “Vendetta” – Callen and Sam join forces with Anna Kolcheck (Bar Paly) and the Bureau of Alcohol, Tobacco and Firearms (ATF), when Arkady Kolcheck (Vyto Ruginis) warns NCIS that a notorious international weapons dealer has returned to the states. Also, the case requires Eric to go undercover as a bank IT technician, on NCIS: LOS ANGELES, Sunday, April 8 (9:00-10:00 PM, ET/PT) on the CBS Television Network.