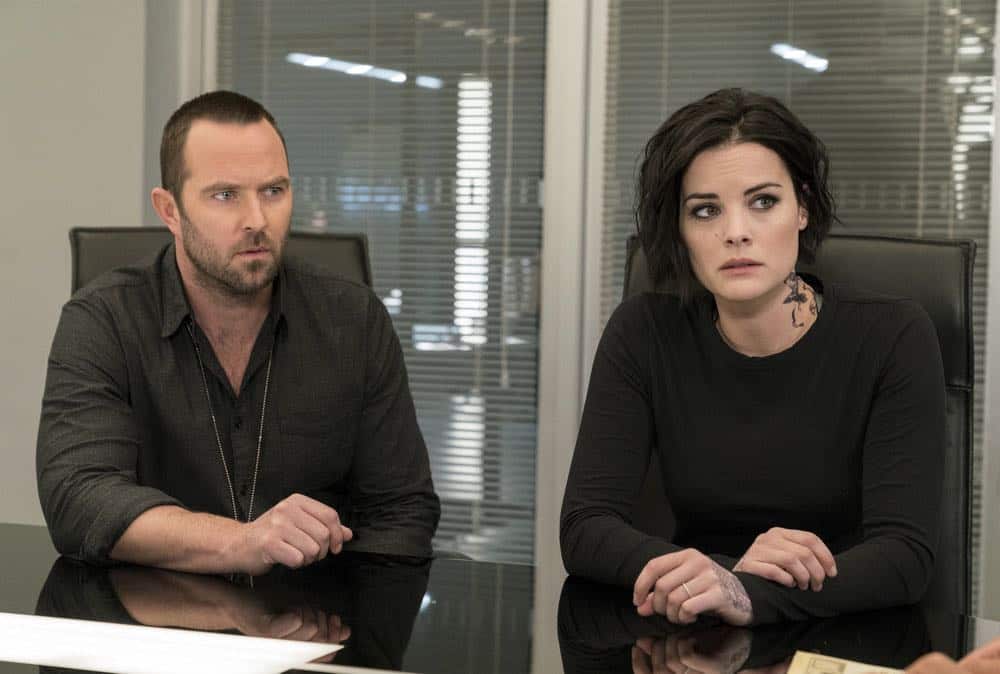 Following a triumphant 2017-18 season with an outstanding 38% 18-49 lead and a win in entertainment programming (even when Olympics and Super Bowl are factored out), NBC unveils a new year-round lineup that adds fresh voices, top talent and superb storytellers to an already thriving roster. The new schedule, which will add five first-year dramas and two new comedies (and one transplant) over the course of the 2018-19 season, features a robust fall lineup that paves the way for a blockbuster midseason roster anchored by powerhouse alternative franchises.

“Once again, we are coming into the season from a place of strength and stability, which makes us bullish about a scheduling strategy that delivers top-notch original programming not just in the fall, but year round,” said Robert Greenblatt, Chairman, NBC Entertainment. “We have a very strong fall schedule, as always, but winter, spring and summer are every bit as important to us, and this year we’re putting our talent and our money where our mouth is. This schedule builds on the type of programming that makes NBC #1 year after year: bold, humanistic, compelling dramas; an unmatched collection of the highest-quality unscripted shows for the entire family; and one of the strongest comedy lineups on television that is unique to the legacy of the NBC brand.”

“I continue to be proud of the pedigree of talent on both sides of the camera, from global superstars and producers like Dwayne Johnson, Jennifer Lopez and Simon Cowell, to comedy legends like Amy Poehler and the cast of ‘Will & Grace’ and the many others who call NBC their home,” continued Greenblatt. “This roster is a testament to our incredible NBC programming presidents — Paul Telegdy, Lisa Katz and Tracey Pakosta — whose teams are on the front lines of the best programming in the world.”

Highlights of the drama offerings for the newly announced fall schedule include “Manifest” from executive producer Robert Zemeckis, an emotionally rich, unexpected mystery journey that is jump-started following a turbulent but seemingly routine flight; and “New Amsterdam,” a character-driven medical drama starring “The Blacklist’s” Ryan Eggold and based on New York City’s historic Bellevue Hospital, one of the oldest public hospitals in the country.

NBC’s strong comedy lineup adds a new player with family comedy “I Feel Bad” from writer/creator Aseem Batra and executive producer Amy Poehler. A modern comedy about being perfectly OK with being imperfect, the series stars Sarayu Blue as Emet, who balances being mom, boss, friend, wife and daughter.

New dramas set to launch in midseason are spy-hunting thriller “The Enemy Within,” starring Morris Chestnut (“Rosewood”) as an FBI agent who enlists a notorious traitor (“Dexter’s” Jennifer Carpenter) to help track down a fiercely dangerous and elusive criminal; “The InBetween” from executive producer David Heyman, in which Cassie Bishop, who can see and communicate with the dead, may have found a way to keep her demons at bay, all while solving some of the city’s most challenging cases; and “The Village,” written and produced by Mike Daniels, a heartwarming ensemble drama set in a Brooklyn apartment building where the residents have built a bonded family of friends and neighbors.

The laughs continue midseason with “Abby’s” a new comedy from “The Good Place” executive producer/creator Michael Schur, starring Natalie Morales (“Parks and Recreation”). “Abby’s” centers around the best bar in San Diego, home to good prices, great company and, of course, Abby. Redefining the multi-camera comedy for a new generation, “Abby’s” is the first sitcom to be shot outdoors in front of a live audience. Also from executive producer Michael Schur and creator/executive producer Dan Goor, Golden Globe winner “Brooklyn Nine-Nine” will make its triumphant return in midseason; produced by sister studio Universal Television, “Brooklyn Nine-Nine” will move to NBC for its sixth season.

NBC’s robust 52-week schedule is highlighted by its most ambitious midseason in years. A brand new in-season spin-off “America’s Got Talent: The Champions” (with executive producer and key judge Simon Cowell) will light up the schedule on Mondays in January and February between seasons of “The Voice.” And bona fide new hit “Ellen’s Game of Games” will make midseason Tuesdays at 8 P.M. just as strong. Furthermore “The Titan Games” — a high-octane competition series from Dwayne Johnson, Dany Garcia and producers of “American Ninja Warrior” that offers everyday people a chance to achieve the impossible — blasts onto Wednesdays for a limited run at 8 P.M. this winter.

The anticipated sixth season of “The Blacklist” premieres in January at 9 P.M. Friday following “Blindspot” running continuously without repeats, providing a two-hour block of action-filled prestige dramas. And the third season of Jennifer Lopez’s hit “World of Dance” makes its move to Sundays from 8-10 P.M. post-football in the spring, followed by the juicy new drama hit “Good Girls” at 10 P.M.

“In the fall, our continued success with ‘The Voice’ and ‘This Is Us’ will provide great lead-ins for our strong new dramas, and our two-hour Thursday night comedy block is becoming one of our strongest in years with returning favorites ‘Superstore,’ ‘The Good Place’ and ‘Will & Grace,’ plus a great new family comedy from Aseem Batra and Amy Poehler,” said Jeff Bader, President, Program Planning, Strategy and Research, NBC Entertainment. “Our mid-season strategy is one of our most aggressive to date, building off A-list talent and brands in the alternative space – including the first-ever in-season run of ‘America’s Got Talent’ – to anchor a schedule that will buoy sophomore shows like ‘A.P. Bio’ and ‘Good Girls’ as well as launch additional shows from our strong crop of pilots.”

NBC currently leads the season in 18-49 averages that include all programs, as well as rankings that include entertainment programs only (no sports).

Decisions are yet to be made on “Timeless” and “Champions.”

In this fast-paced, spy-hunting thriller, Erica Shepherd (Jennifer Carpenter) is a brilliant former CIA operative, now known as the most notorious traitor in American history serving life in a Supermax prison. Against every fiber of his being but with nowhere else to turn, FBI Agent Will Keaton (Morris Chestnut) enlists Shepherd to help track down a fiercely dangerous and elusive criminal she knows all too well. For Keaton, it’s not easy to trust the woman who cost him so much. While Shepherd and Keaton have different motivations for bringing the enemy to justice, they both know that to catch a spy… they must think like one.

Cassie Bishop was born with a gift, though she may call it a curse. She can see and communicate with the dead, helping them with their unresolved problems … whether she likes it or not. When her longtime friend Det. Tom Hackett and his new partner, former FBI Agent Damien Asante, need help solving a darkly puzzling murder, Cassie agrees to use her abilities. Despite her reluctance, she may have found a way to keep her demons at bay, all while solving some of the city’s most challenging cases. From writer/executive producer Moira Kirland (“Castle,” “Madam Secretary”) comes this suspenseful, new character-driven procedural drama.

When Montego Air Flight 828 landed safely after a turbulent but routine flight, the crew and passengers were relieved. Yet in the span of those few hours, the world had aged five years and their friends, families and colleagues, after mourning their loss, had given up hope and moved on. Now, faced with the impossible, they’re all given a second chance. But as their new realities become clear, a deeper mystery unfolds and some of the returned passengers soon realize they may be meant for something greater than they ever thought possible. From Robert Zemeckis and Jack Rapke comes an emotionally rich, unexpected journey into a world grounded in hope, heart and destiny.

Inspired by Bellevue, the oldest public hospital in America, this unique medical drama follows the brilliant and charming Dr. Max Goodwin, the institution’s newest medical director who sets out to tear up the bureaucracy and provide exceptional care. How can he help? Well, the doctors and staff have heard this before. Not taking “no” for an answer, Dr. Goodwin must disrupt the status quo and prove he will stop at nothing to breathe new life into this understaffed, underfunded and underappreciated hospital — the only one in the world capable of treating Ebola patients, prisoners from Rikers and the President of the United States under one roof — and return it to the glory that put it on the map.

Welcome to the Village, an apartment building in Brooklyn that appears like any other from the outside but is quite unique inside. The people who reside here have built a bonded family of friends and neighbors. Sarah’s a nurse and single mom raising a creative teen; Gabe’s a young law student who got a much older and unexpected roommate; Ava must secure the future of her young, U.S.-born son when ICE comes knocking; Nick’s a veteran who’s returned from war; and the heart and soul of the building, Ron and Patricia, have captivating tales all their own. These are the hopeful, heartwarming and challenging stories of life that prove family is everything — even if it’s the one you make with the people around you.

From the producers of “The Good Place” comes a hilariously aspirational new comedy about the best bar in San Diego, home to good prices, great company and, of course, Abby. This unlicensed, makeshift bar nestled in her backyard is the opposite of everything annoying about today’s party scene. There are rules at Abby’s: no cell phones (not even to “look something up”), earning a seat at the bar takes time and losing a challenge means drinking a limey, sugary “not-beer” drink. As the oddball cast of regulars will tell you, hanging out at Abby’s is a coveted honor. But once you’re in, you’re family.

Emet is the perfect mom, boss, wife, friend and daughter. OK, she’s not perfect. In fact, she’s just figuring it out like the rest of us. Sure, she feels bad when she has a sexy dream about someone other than her husband, or when she pretends not to know her kids when they misbehave in public, or when she uses her staff to help solve personal problems. But that’s OK, right? Nobody can have it all and do it perfectly. From executive producer Amy Poehler comes a modern comedy about being perfectly OK with being imperfect.

Inspired by Dwayne Johnson’s desire to motivate global audiences to reach their potential both mentally and physically, this inspiring new reality series offers everyday people the opportunity to step inside the Titan arena and achieve the impossible. Every episode, six contenders compete against one of six reigning Titans. They will be challenged in incredible, head-to-head battles designed to test the mind, body and heart of our competitors. Sheer brute strength won’t be enough. If a contender rises to the occasion and defeats one of the Titans, they take their place and join the elite Titan group. But once one becomes a Titan, they must be victorious every week to keep their spot. In the epic season finale, Titans battle it out against one another in the hope of becoming the last male and female standing.