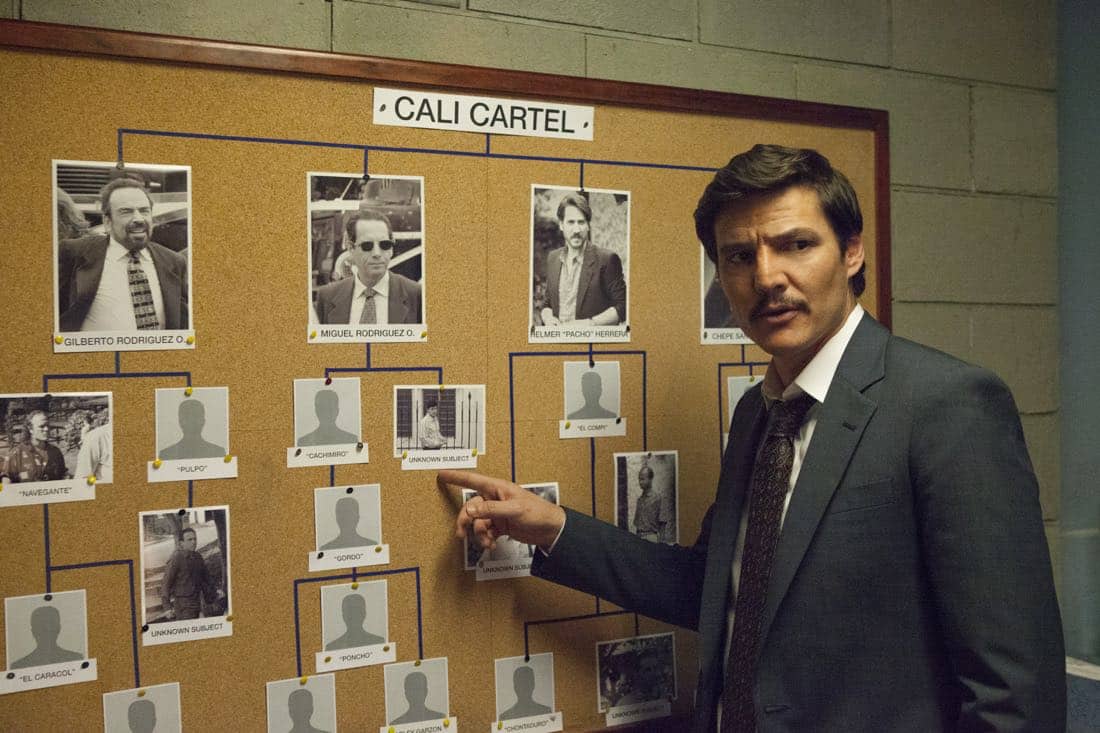 Cocaine cartels are all about succession: The day Pablo Escobar went down, the Cali Cartel became public enemy number one. They called themselves the Gentlemen of Cali – the biggest drug lords you’ve probably never heard of. Led by four powerful godfathers, the Cali Cartel turned the cocaine trade into a global enterprise.

Netflix unveiled the trailer for Narcos season 3 today in New York City, where this season was partially filmed, and the trailer will be shown at various locations around Manhattan today via a Narcos truck, which will also be serving white powdered donuts and Colombian coffee to passersby throughout the day. Seeking a sugar high, follow @NarcosNetflix for the latest truck location.

“Narcos” Season Three Synopsis:
Now that the bloody hunt for Pablo Escobar has ended, the DEA turns its attention to the richest drug trafficking organization in the world: the Cali Cartel. Led by four powerful godfathers, this cartel operates much differently than Escobar’s, preferring to bribe government officials and keep its violent actions out of the headlines.

Just as Gilberto announces a bold plan to walk away from the business, DEA agent Javier Peña (Pedro Pascal) enlists the help of American and Colombian law enforcement to take it down. This season opens up a complex and ruthless world of new figures.