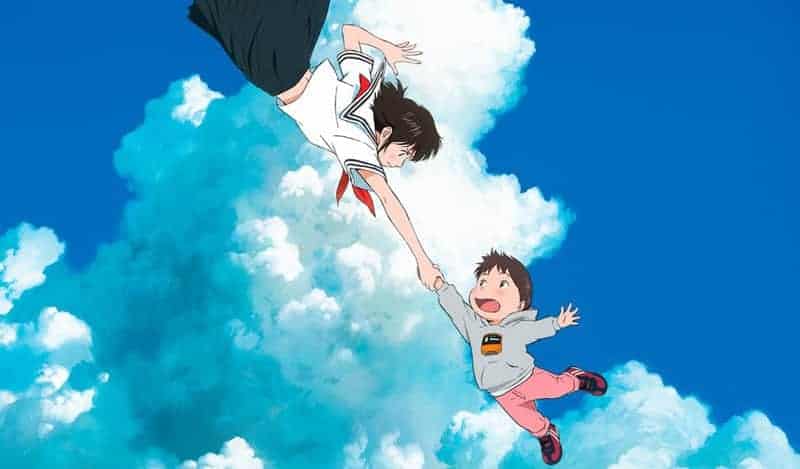 Mirai- the Japanese word for ‘Future’ is agreeably a heart-warming term for a movie wherein the lead character who is a little boy, gets a visit from his little sister who time-travels from the ‘future’. How their initial meeting slowly develops into a bond forms the crux of the story. This movie follows the story of a four-year-old boy who is struggling to cope with the arrival of his new little sister in the family until something magical happens. There is also the element of time-travel in the movie when a mysterious garden in his backyard becomes a gateway to another time dimension. That is when he gets to witness his mother as a little girl and his great-grandfather as a young man. The movie is all about the adventures that follow.

The movie’s storyline is known to have been directly influenced by its director Mr Hosoda’s real-life personal experiences. He had been inspired to make this movie after observing his kids interact. The famous director is well-known for his movies based on family dynamics, some of his previous movies including The Boy and the Beast (2015) and the Wolf Children (2012).

Since it has been garnering a lot of rave reviews especially at the Cannes Film Festival 2018, Red Spins Casino, a premier internet casino UK presents you with an exclusive review on ‘Mirai, My Little Sister’.

This movie certainly has all the ingredients in it to be appreciated by the film critics and by the normal moviegoers. But from the marketing perspective, the movie could get hit a little when it comes to building audiences unless they chose to promote the movie through savvy or creative means.

For a movie that could have gone quite preachy and didactic, Hosoda with his brilliant directing abilities makes sure that the theme of the movie has been lightened with occasional instances of humour. Speaking of the character design, all characters have been designed and portrayed very well. A special mention is to be given to the lead character which is the little boy of course for maintaining a great sense of balance between the big-eyed anime cutesiness and the well-observed realism.

It is also to be appreciated that Mirai is the first ever animated Japanese feature to receive its world premiere in one of the world’s most famous Film Festivals that is Cannes 2018. Also, a few interesting aspects of the film is that the movie’s theme of ‘sibling insecurity’ was developed from his own sense of insecurity when his little sister was born. Also, the name of the protagonist’s sister Mirai is the name of Hosoda’s actual daughter.