Seat42F and Paramount Home Media have teamed up to give ONE lucky winner a mother! prize pack pictured below and TWO runner-up winners a copy of mother! on 4k Blu-ray. For a chance to win send an email to mother@seat42f.com and tell us why you favorite Jennifer Lawrence movie. Only one entry per person. Contest ends December 27th. Winners will be notified on December 28th via email. 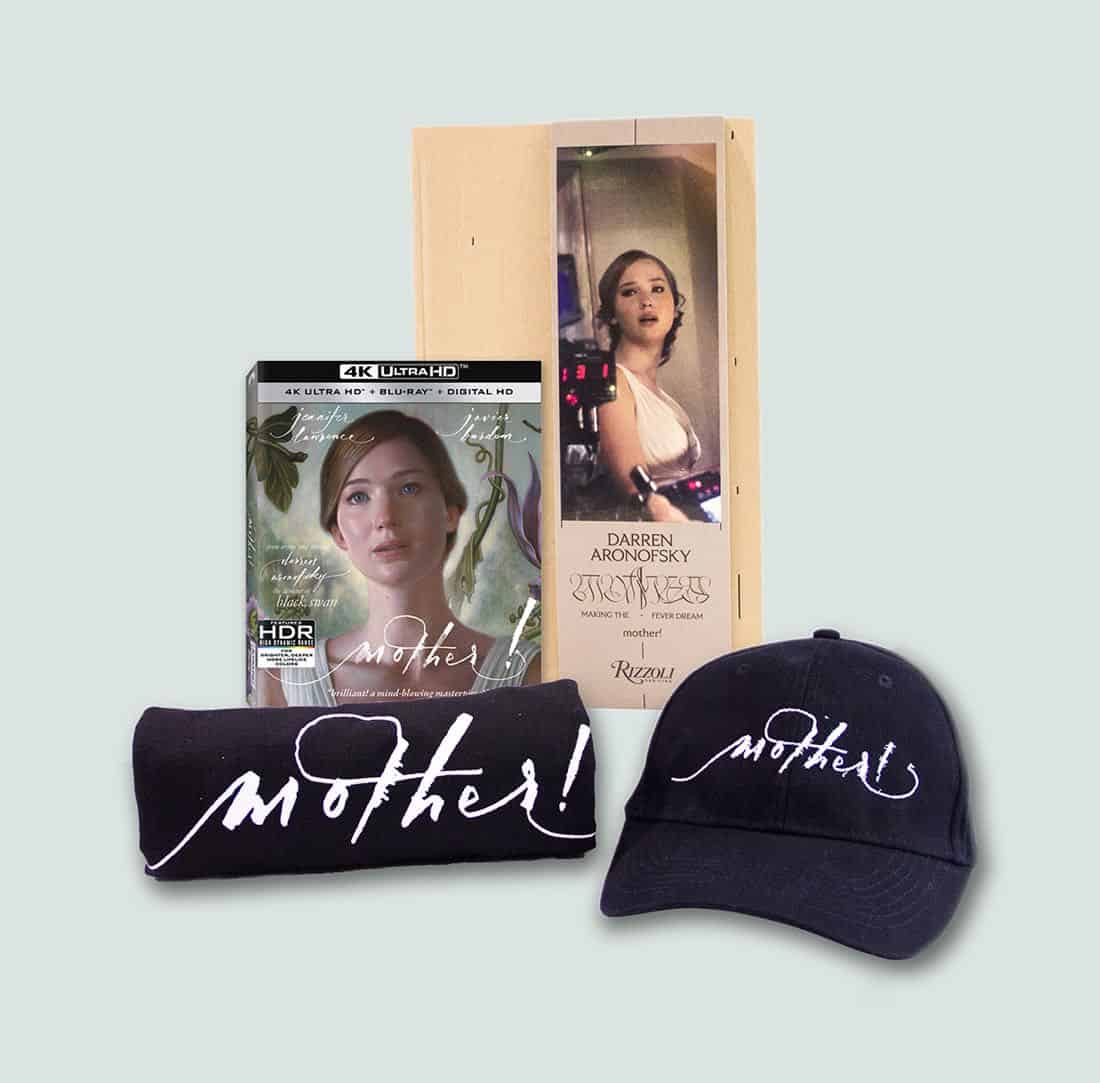 The mother! 4K Ultra HD and Blu-ray Combo Packs include over 35 minutes of in-depth bonus content. Join director Darren Aronofsky and cast as they discuss the production of the movie and take us through its spectacular finale. Plus, check out the incredible makeup effects that made mother! a visual tour de force.

mother! also boasts a Dolby Atmos® soundtrack remixed specifically for the home theater environment to place and move audio anywhere in the room, including overhead. In addition, the 4K Ultra HD disc features Dolby Vision™ high dynamic range (HDR), growing Paramount’s library of titles featuring both Dolby Vision and Dolby Atmos. Dolby Vision transforms the TV experience in the home by delivering greater brightness and contrast, as well as a fuller palette of rich colors. Together with the captivating sound of Dolby Atmos, consumers will experience both cutting-edge imaging and state-of-the-art sound technology for a fully immersive entertainment experience.