Seat42F and Time Life have teamed up to give ONE Grand Prize Winner an AWESOME! Time Life Prize Pack featuring THANKS FOR THE MEMORIES: THE BOB HOPE SPECIALS DELUXE COLLECTION, THE RED SKELTON HOUR IN COLOR:  DELUXE COLLECTION and CMA AWARDS LIVE: GREATEST MOMENTS 1968-2015. THREE runner-up winners will receive a copy of ROWAN & MARTIN’S LAUGH-IN:  THE COMPLETE FIRST SEASON on DVD. For a chance to win send an email to timelife@seat42f.com and tell us your favorite comedian. Only one entry per person. Contest ends December 28th. Winners will be notified on December 29th via email. Open to US Residents Only.

THANKS FOR THE MEMORIES: THE BOB HOPE SPECIALS DELUXE COLLECTION

Bob Hope, America’s greatest entertainer of the 20th century, is celebrated in THANKS FOR THE MEMORIES: THE BOB HOPE SPECIALS, the most complete collection of his television specials ever assembled! The TV DVD archivists at Time Life have selected the very best of Hope’s 250 network specials spanning five decades, many in support of the U.S. Armed Forces, for this ultimate boxed set. Celebrating the legendary and beloved entertainer’s legacy, this one-of-a-kind collection is packed with comedy, music, dancing, movie stars, and, of course, Bob’s memorable monologues all perfect for wholesome family viewing.

Housed in a deluxe collector’s box, stuffed with timeless entertainment, THANKS FOR THE MEMORIES: THE BOB HOPE SPECIALS is comprised of four releases:

Hope’s storied life and career spanned more than a century, during which he left an indelible mark across vaudeville, Broadway, recordings, concerts, radio, films and TV. And this comprehensive collection of his television specials, exclusively from Time Life, showcases the beloved entertainer’s inimitable magic like never before! 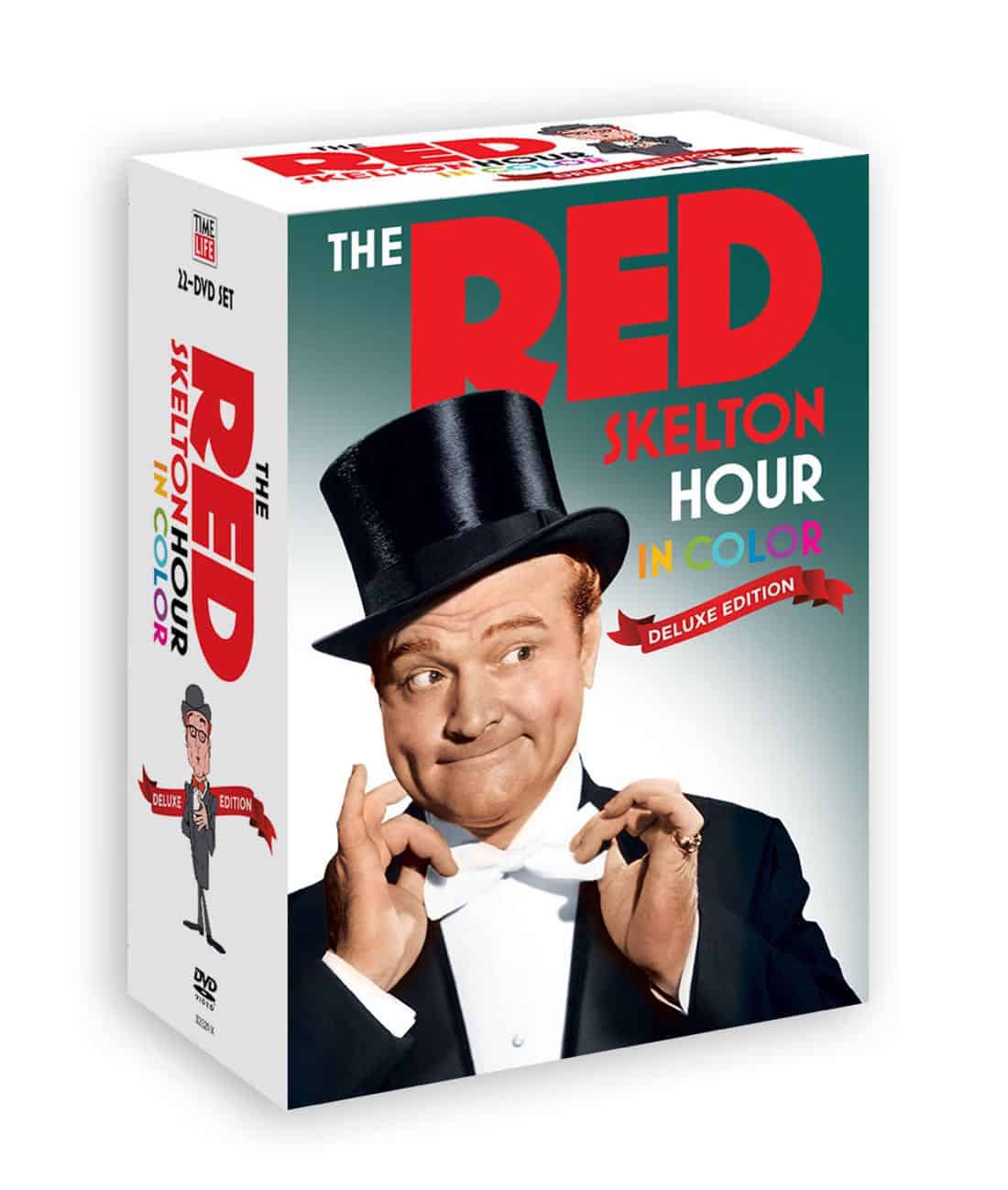 Red Skelton was a brilliant performer, a passionate patriot, and a master of simple, hilarious and classic comedy. Now, home audiences can be entertained by America’s Clown Prince any time with a singular collection of episodes from The Red Skelton Hour, many of which have been unseen for over 50 years! Featuring over 65 hours of hilarious, heart-warming humor from one of the country’s most treasured comedians, THE RED SKELTON HOUR IN COLOR: DELUXE COLLECTION will be available to add to every home entertainment collection on November 7, 2017 for $199.95srp.

Across this ultimate 22 disc collection, home audiences will discover a treasure trove of true RED, White & Blue entertainment – 130 remastered episodes for optimal viewing and hours of extras, including a full-length biography of Red with rare home movies and intimate interviews, a bonus DVD of Red’s Farewell Specials and an exclusive, collectible Memory Book giving fans a closer look at how Red’s most beloved characters came to life. The set is comprised of three distinct DVD collections:

There’s no business like funny business and no one did it better than Red, on full, hilarious display in THE RED SKLETON HOUR IN COLOR! 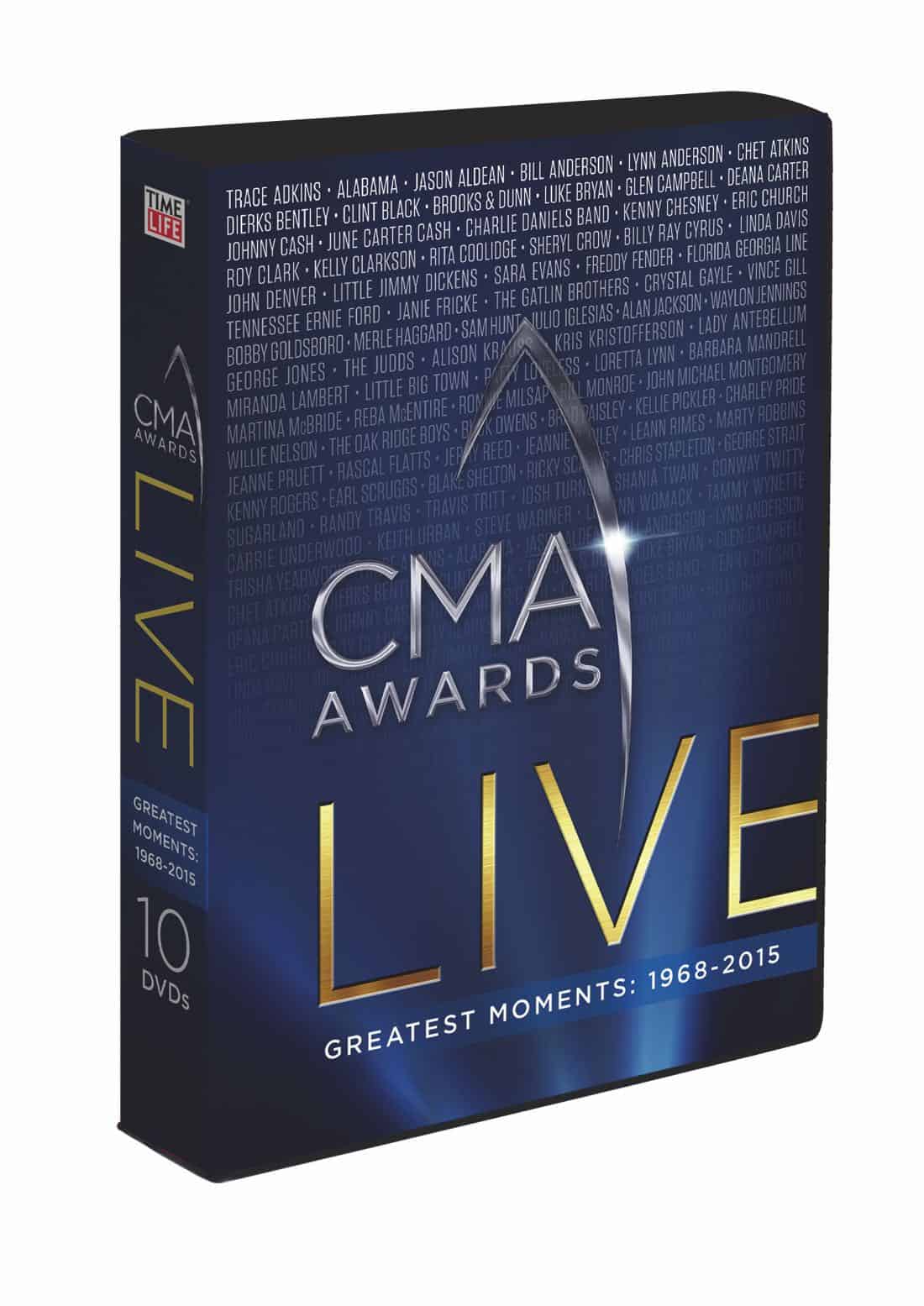 Since 1968, millions of Country Music fans tune in each year to the CMA Awards to see which of their favorites walk away with the most coveted awards in the industry. In addition to the presentation of the yearly accolades to the biggest stars in the Country format, the yearly telecast is famous for historic performances and collaborations – many of which are the first time legendary songs were featured on television. Outside of their original airings, these performances have never been commercially available – until now.

Available just in time for the holidays, CMA AWARDS LIVE: GREATEST MOMENTS 1968-2015 is an attractively packaged DVD collector’s set filled with 127 unforgettable performances from five decades of the nationally-televised ceremony. Highlighted on this week’s CMA Awards Show, the singular set features performances from many of the premiere artists in the genre – Glen Campbell, Johnny Cash and June Carter Cash, Barbara Mandrell, Buck Owens and Kenny Rogers as well as artists who’ve nurtured the sound over the past decade and taken the music to new heights, like Miranda Lambert, Brad Paisley, Taylor Swift, Carrie Underwood, and Keith Urban. 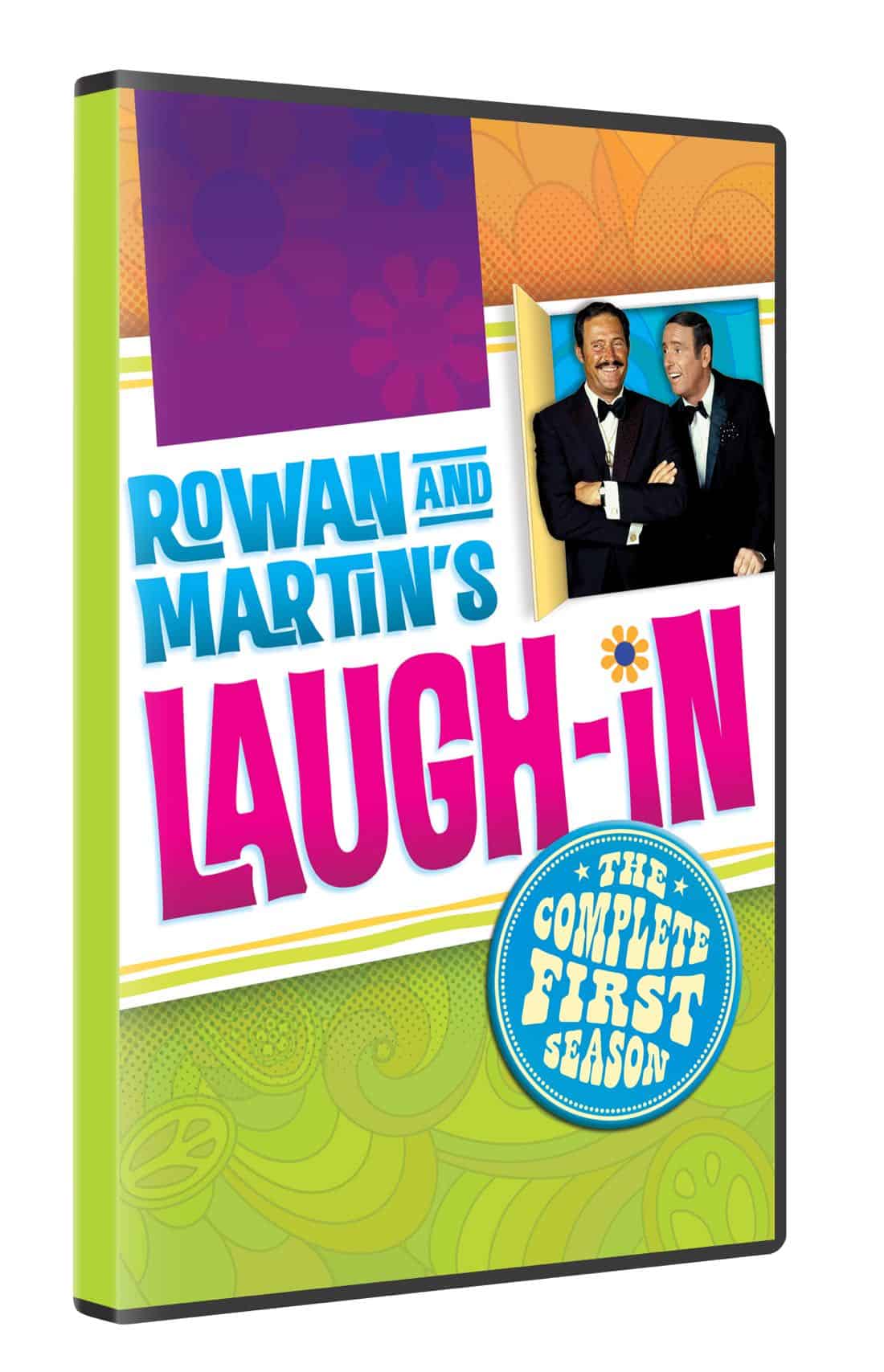 The ’60s gave us “in-crowds,” “be-ins” and “love-ins,” and starting in 1968, the happening place for free-form comedy was Rowan & Martin’s Laugh-In, broadcast from beautiful downtown Burbank. Straight man Dan Rowan and wisecracking co-host Dick Martin led a gaggle of goofballs through a rapid-fire assault of one-liners, skits, bits and non sequiturs that left viewers in hysterics and disbelief. Anything and anyone in the public eye was a target. Political correctness? Forget it! The off-the-wall groundbreaking, Emmy Award–winning show would go on to anchor the Monday 8 p.m. time slot on NBC until March 12, 1973, transforming both pop culture and the medium of television.

Following the acclaimed release of LAUGH-IN: THE COMPLETE SERIES (available exclusively through TimeLife.com/Laugh-In), the TV-DVD archivists at Time Life are making ROWAN &  MARTIN’S LAUGH-IN: THE COMPLETE FIRST SEASON available for classic TV aficionados and comedy lovers alike. Comprised of 4 DVDs and 14 complete episodes, the star-studded set delivers audiences to beginning of the landmark series which became an instant classic and would go on to be one of the most popular shows in the history of television.

Flip Wilson as Adam (now residing outside of the Garden of Eden); Tim Conway and Cher as John Smith and Pocahontas; a silent salute to presidential candidate George Wallace; a Mod, Mod World look at the Olympics — these are just a few of the zaniest things crammed into Season 1. Also making their appearances for the first time: Goldie Hawn’s giggly blonde, Lily Tomlin’s snorting telephone operator, Judy Carne’s “Sock-It-To-Me” girl, Jo Anne Worley’s anti-chicken-joke militant, Ruth Buzzi’s perpetually-frustrated spinster and Arte Johnson’s “verrry interesting” German soldier. The biggest news, however, was the first national television appearance of Tiny Tim, the ukulele-toting, falsetto-singing throwback to a bygone era of American pop music. He made the rest of the cast seem normal — and Dan and Dick squirm. The show’s first season was also highlighted by long running. Fan favorite features “Sock It to Me,” “Cocktail Party,” and the “Joke Wall”, the first appearance of Johnson’s elderly Tyrone F. Horneigh and Sammy Davis Jr. introducing the all-time classic sketch “Here Comes the Judge”.