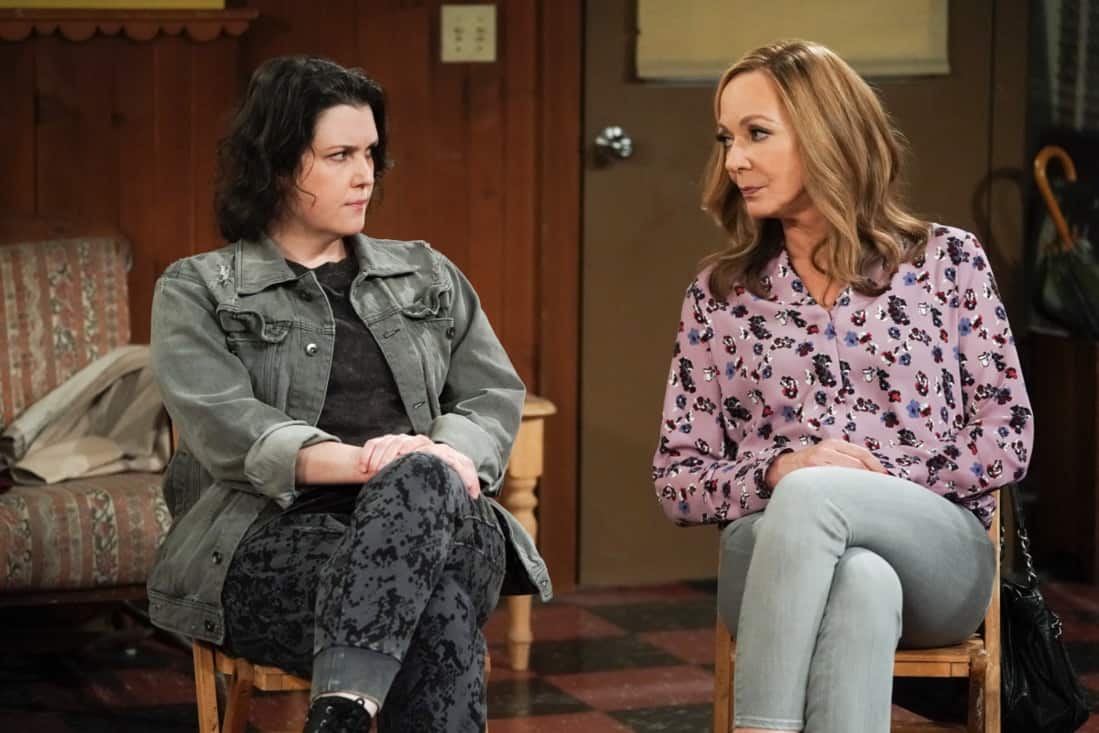 MOM Season 8 Episode 18 Photos My Kinda People And The Big To-Do – Bonnie gains a new outlook on her sobriety after dealing with difficult news. Also, Jill and Andy take a big step in their relationship, on the series finale of MOM, Thursday, May 13 (9:00-9:30 PM, ET/PT) on the CBS Television Network. Melanie Lynskey and Rondi Reed guest star. s08e18 8×18 8.18 s8e18