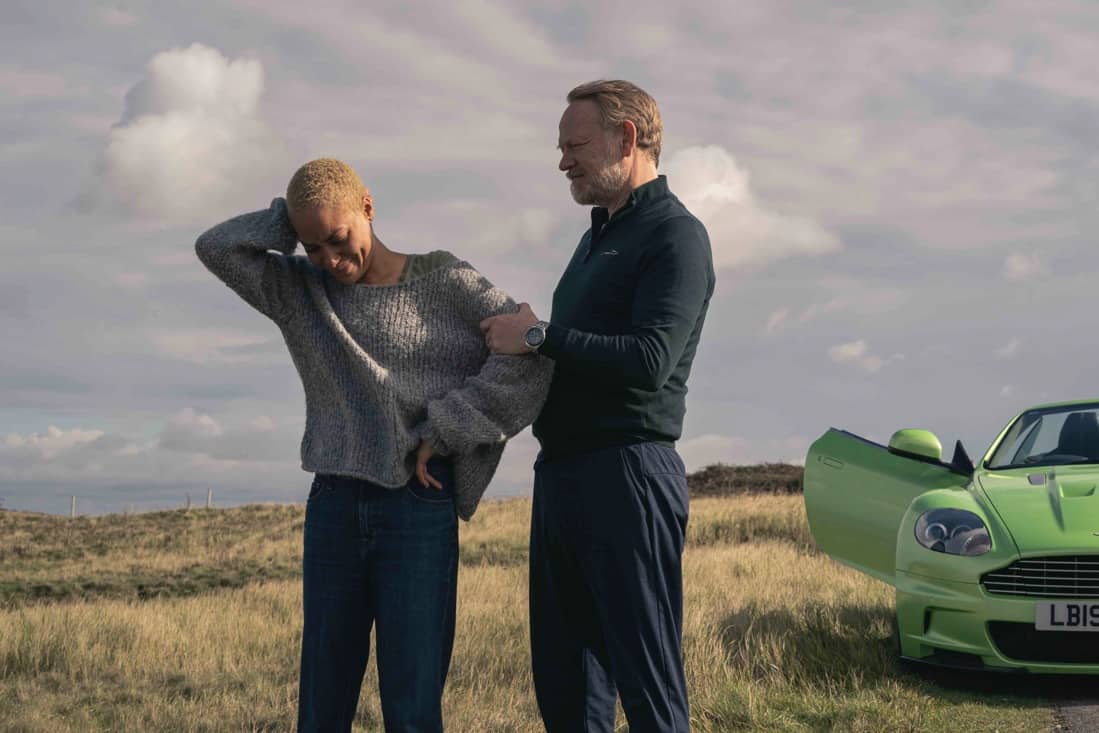 The AMC+ Original six-part revenge thriller The Beast Must Die, starring BAFTA Award-winning actor Jared Harris (Chernobyl, Mad Men) and Cush Jumbo OBE(The Good Wife, The Good Fight), will premiere on Monday, July 5 on AMC+ and on Monday, July 12 at 10:00PM ET/PT on AMC. The remaining episodes will continue to debut on AMC+ one week ahead of their AMC linear airings on Mondays at 10:00PM ET/PT.

After learning the police investigation into the fatal hit and run of her young son Martie has been dropped, Frances Cairnes (Jumbo) takes matters into her own hands. Posing as a novelist researching a new murder-mystery, Frances ingratiates herself with the family of George Rattery (Harris), the man she suspects is responsible, and sets a plan in action to kill him.  She’s tracked by detective Nigel Strangeways (Billy Howle, ​The Serpent, MotherFatherSon), who has reason to believe his department covered up George’s involvement in the incident. Suffering from PTSD following the recent death of his partner, Strangeways throws himself into pursuing justice for Martie. But when he discovers an “undercover” Frances living with George and his family, Strangeways finds himself working to both prove George’s guilt and head off Frances’s plans for revenge before anyone else dies.

AMC is home to some of the most popular and acclaimed programs on television. AMC was the first basic cable network to ever win the Emmy® Award for Outstanding Drama Series with Mad Men in 2008, which then went on to win the coveted award four years in a row, before Breaking Bad won it in 2013 and 2014. The network’s series The Walking Dead is the highest-rated series in cable history. AMC’s current original drama series are Better Call Saul, Fear the Walking Dead, Soulmates, The Walking Dead, The Walking Dead: World Beyond and forthcoming 61st Street, Kevin Can F**K Himself and Pantheon. AMC also explores authentic worlds and discussion with original shows like Talking Dead, AMC Visionaries and Ride with Norman Reedus. AMC is owned and operated by AMC Networks Inc. and its sister networks include IFC, SundanceTV, BBC America and WE tv. AMC is available across all platforms, including on-air, online, on demand and mobile.