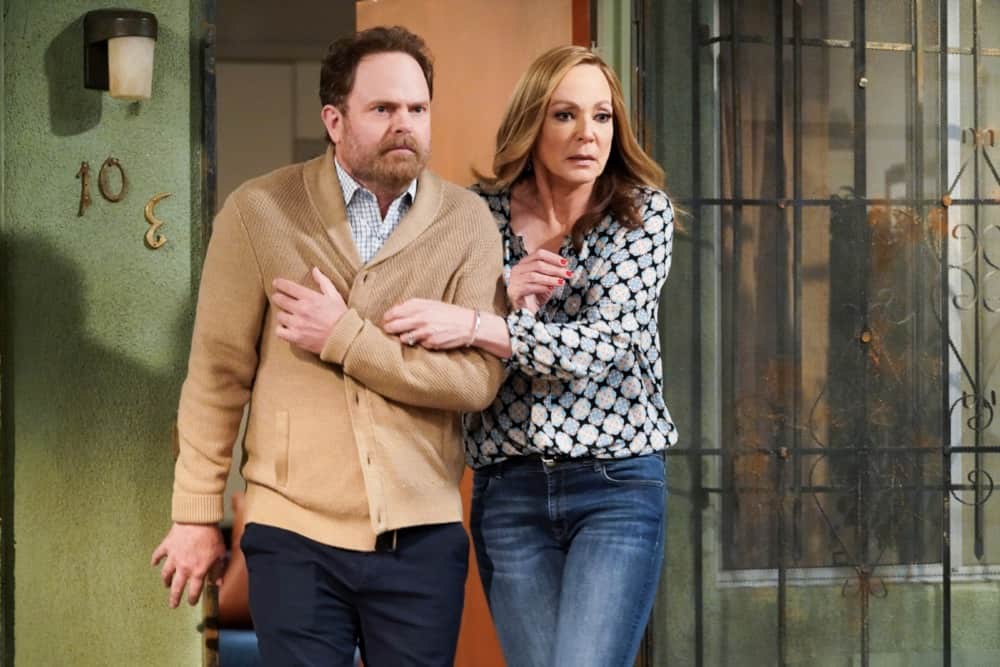 MOM Season 8 Episode 16 Photos Scooby-Doo Checks And Salisbury Steak – Bonnie decides to get to the bottom of why her therapist, Trevor (Rainn Wilson), has been so distracted. Also, Jill and Andy (Will Sasso) find themselves in a life or death situation, on MOM, Thursday, April 29 (9:01-9:30 PM, ET/PT) on the CBS Television Network. s08e16 8×16 8.16 s8e16