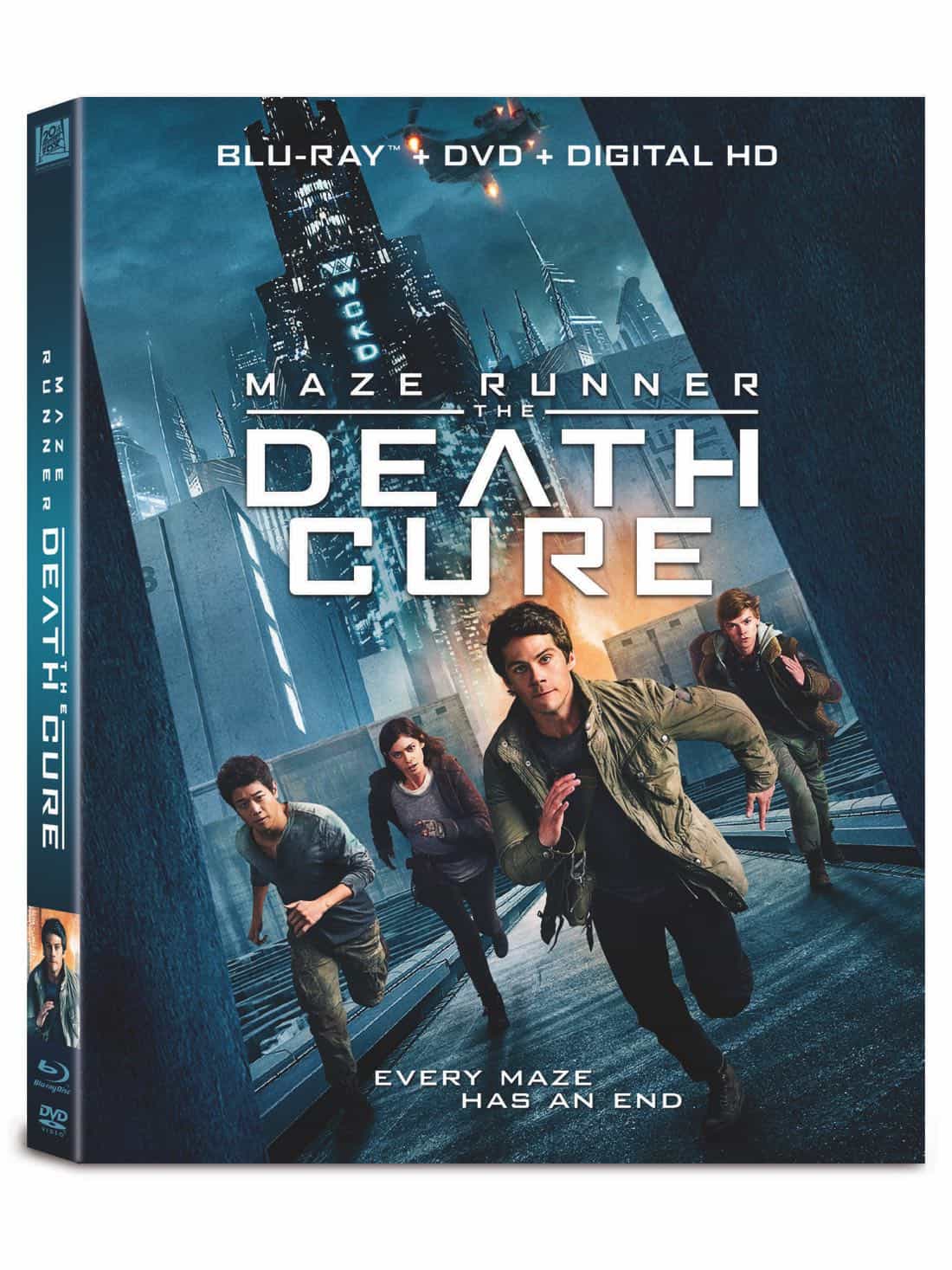 Gladers and fans will be racing to purchase the final installment – based on the popular MAZE RUNNER series this April as Twentieth Century Fox Home Entertainment brings MAZE RUNNER: THE DEATH CURE to Digital on Movies AnywhereTM April 10 and 4K Ultra HD™, Blu-ray™ and DVD April 24. Fans will receive special gifts with purchase and 90 minutes of outstanding special feature content including commentary, deleted scenes, gag reel, and a behind-the-scenes look at the evolution of the cast’s friendships over the years!

Fans who purchase MAZE RUNNER: THE DEATH CURE on 4K Ultra HD™, Blu-ray™ and DVD will be rewarded with an exclusive 24-page prequel origins comic book written by screenwriter T.S. Nowlin. The trilogy boxset is also releasing April 24 on Blu-ray and DVD and includes the three films in the series and the exclusive comic book. The Blu-ray trilogy will include an exclusive MAZE RUNNER bandana chosen by fans.

In the epic conclusion to the MAZE RUNNER saga, Thomas leads his group of escaped Gladers on their final mission. To save their friends, they must break into the legendary Last City, a WCKD-controlled labyrinth that may turn out to be the deadliest maze of all! Anyone who makes it out alive will get answers to the questions the Gladers have been asking since they first arrived in the maze.

ABOUT TWENTIETH CENTURY FOX HOME ENTERTAINMENT
Twentieth Century Fox Home Entertainment, LLC (TCFHE) is a recognized global industry leader and a subsidiary of Twentieth Century Fox Film. TCFHE is the worldwide marketing, sales and distribution company for all Fox film and television programming, acquisitions and original productions as well as all third party distribution partners on DVD, Blu-ray™, 4K Ultra HD, Digital HD, and VOD (video-on-demand). Each year TCFHE introduces hundreds of new and newly enhanced products, which it services to retail outlets and digital stores throughout the world.