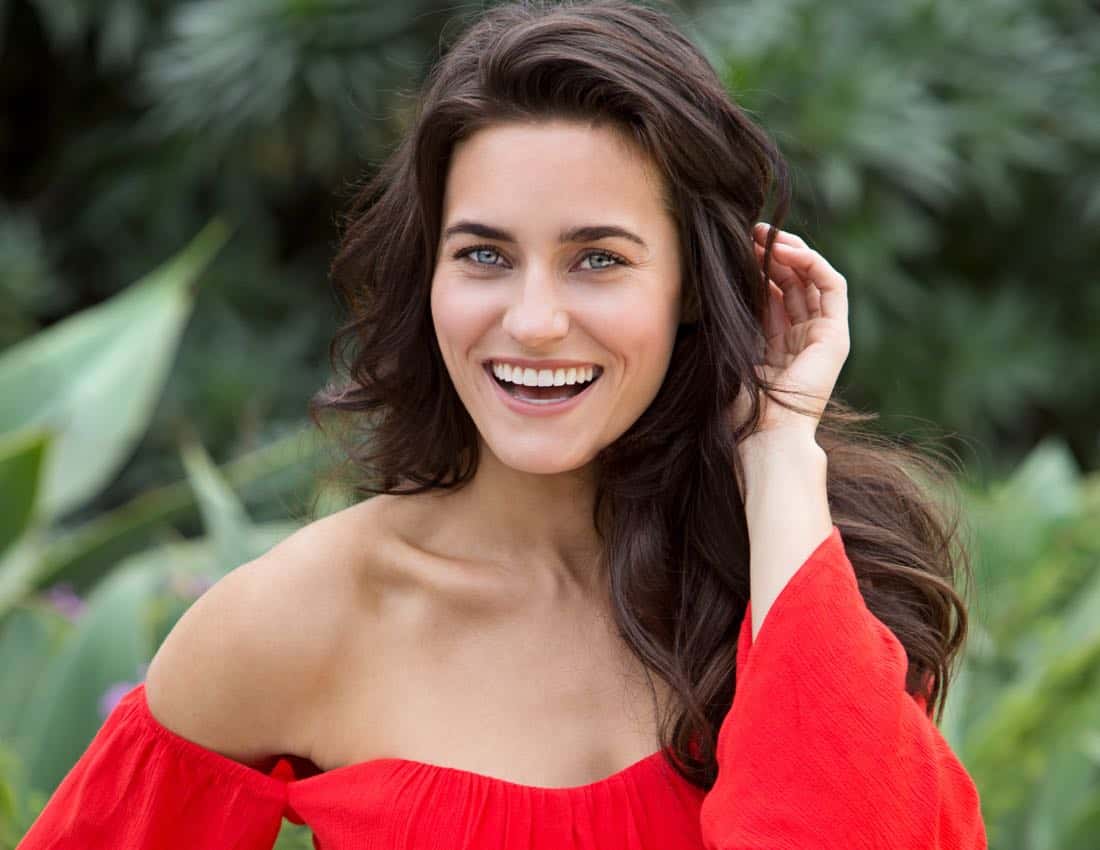 Getting the chance to shine on both the silver screen and the small screen right now, Caitlin Leahy is catching more than the eye of the mighty Samson in the modern remake of the tale of Samson and Delilah. Caitlin also recently made an appearance in Season 2 of FX’s LEGION and will be appearing in the soon to be released film “God Is Not Dead: A Light In the Darkness.” With such diverse roles, Caitlin deftly conveys her range of performances between the comedic and dramatic. A chameleon on screen, Caitlin is riveting to watch. In an exclusive interview, Caitlin talks about bringing the iconic temptress Delilah to screen and reflects on some of the lessons she has benefitted from as her career continues to grow.

What was the initial appeal for you about portraying Delilah and working on “Samson”?
CAITLIN: Playing Delilah was an incredible opportunity. I got to play a strong, iconic, female role and the chance of a lifetime to shoot in South Africa.

How would you describe who Delilah is?
CAITLIN: ‘Delilah’ is commonly known as a wicked temptress, but in the film, her story is more flushed out. She is given the task to find the secret to Samson’s strength. In doing so, she is torn between love and betrayal.

What do you most admire about her?
CAITLIN: I admire her ability to remain powerful amongst powerful men.

What was it like working alongside such a talented ensemble as Jackson Rathbone, Billy Zane, Lindsay Wagner, and Rutger Hauer in “Samson”?
CAITLIN: It was a privilege to work with such accomplished actors and see them in their element.

Who did you get to work with most and what was your favorite scene opposite him/her?
CAITLIN: I worked a lot with Jackson [Rathbone] and Taylor [James]. I particularly like Delilah’s opening scene and introduction into the film. Many of the palace scenes are shot very beautifully.

What do you love about the Samson and Delilah relationship?
CAITLIN: Samson opens Delilah’s eyes to the possibility of another life. He introduces her to the idea of kindness and compassion.

Then as an actor, what has been the one thing you haven taken away from the experience of working on “Samson”?
CAITLIN: As an artist getting to play a character that is complex, multi-dimensional, and far removed from my own life experiences is rewarding.

What do you think viewers will appreciate when they watch “Samson”?
CAITLIN: I think the overall message of the film is that by having faith, God gives us the strength to overcome any obstacle.

What has surprised you most about your career so far?
CAITLIN: This industry is constantly full of surprises. I’ve been fortunate to have the opportunity to play many versatile roles. I try to enjoy the process and not take anything for granted.

At this stage of your career, what do you think you have learned from the roles and projects you have worked on?
CAITLIN: Being a versatile actor is key to being a working actor. Having fun is the most important part of the film making process because it translates on screen.

What is your proudest achievement from your career so far?
CAITLIN: I think it’s more important to focus on the journey than a single achievement, but so far playing Delilah has been my most fulfilling role.

Then what are the perks of where you are in your career right now?
CAITLIN: I’m at a place in my career where I can be believable in many different types of roles. Having endless possibilities in terms of roles and being able to create characters is what initially drew me to acting from a young age.

Has there been any great advice you have gotten about working as an actor?
CAITLIN: Never have an ego. Stay humble.

What advice would you offer to other upcoming and aspiring actors?
CAITLIN: Always be willing to learn and be able to laugh at yourself.

At a time when women’s voices are rising to be heard and respected around the country and world, what do you recommend your fans do to lend support in that endeavor?
CAITLIN: Choose to see films with female casts and female directors. Box office sales are important in this business. Money talks.

Do you have any other upcoming projects that you can share that fans should keep an eye out for?
CAITLIN: “Samson” is in theaters now. I play a role in “God’s Not Dead: A Light in Darkness” hitting theaters everywhere March 30th. Most recently, I guest starred on Netflix’s GRACE AND FRANKIE.

To see what comes next as Caitlin’s career continues, you can follow her on Twitter @theCaitlinLeahy for updates as well.

“God Is Not Dead: A Light In the Darkness” Trailer: