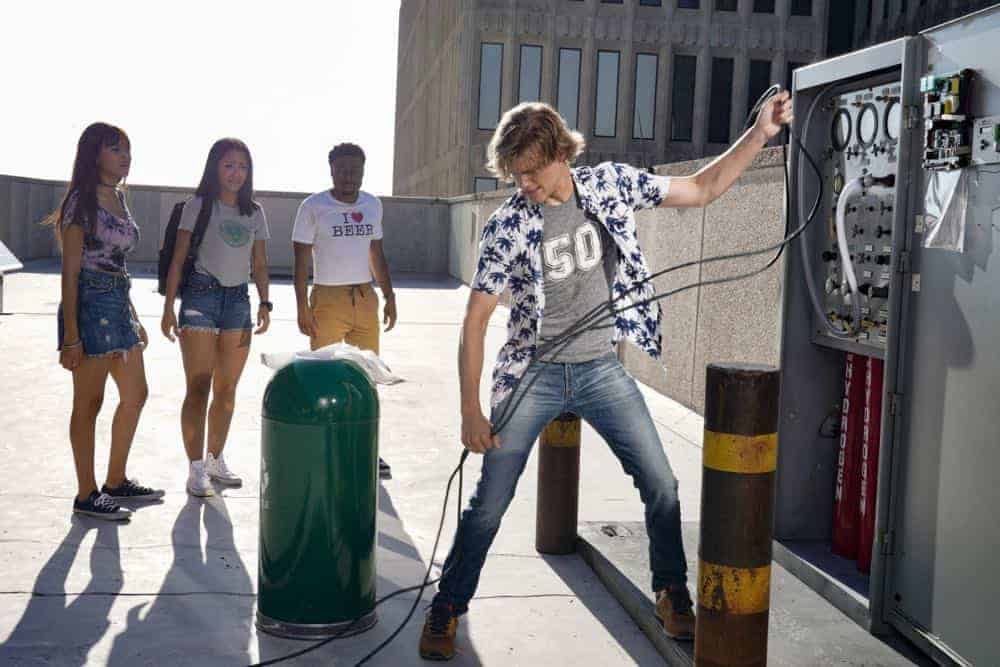 MACGYVER Season 3 Episode 3 Photos Bozer + Booze + Back to School – “Bozer + Booze + Back to School” – MacGyver, Riley, Bozer and Leanna go undercover on a college campus to smoke out a deep-cover operative who is recruiting students to carry out deadly attacks around the world. Also, Jack joins bounty hunter Billy Colton (Lance Gross) in the hunt for a bail jumper but is concerned when he finds out Billy offered Riley a job, on MACGYVER, Friday, Oct. 12 (8:00-9:00 PM, ET/PT) on the CBS Television Network.

MACGYVER, a reimagining of the classic series, is an action-adventure drama about 20-something Angus “Mac” MacGyver, who creates a clandestine organization within the U.S. government, where he uses his extraordinary talent for unconventional problem-solving and his vast scientific knowledge to save lives. Joining his team on high-risk missions around the globe is maverick former CIA agent Jack Dalton; Riley Davis, an unpredictable computer hacker with a chip on her shoulder; Wilt Bozer, Mac’s roommate and the newest agent on the team; and Matty Weber, a legend in Covert Ops and the director of operations at the Phoenix Foundation.