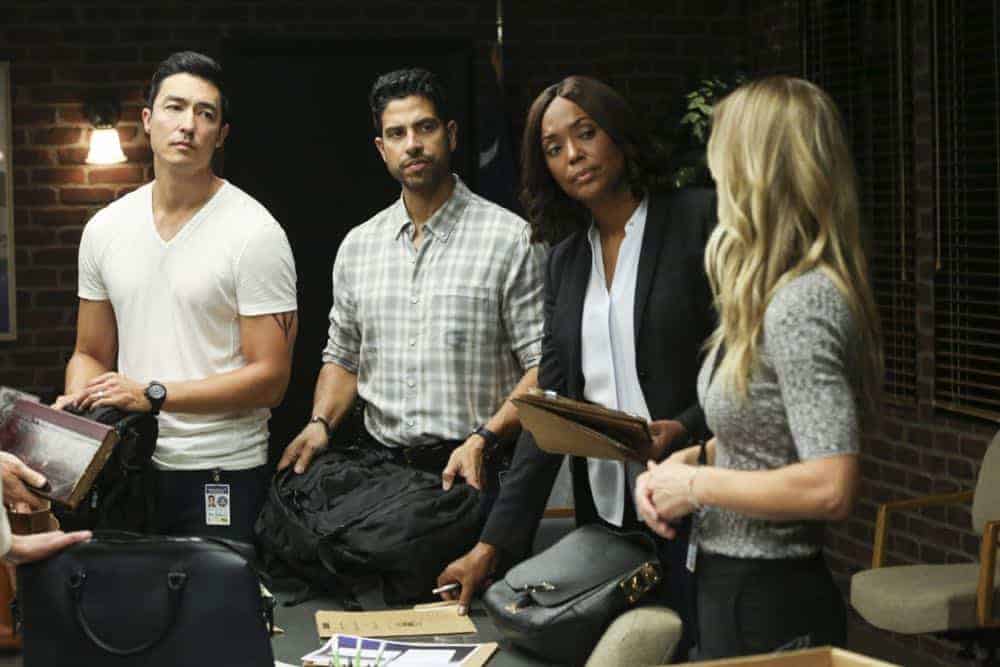 CRIMINAL MINDS Season 14 Episode 2 Photos Starter Home – “Starter Home” – When the mummified remains of numerous victims are found in the walls of an elderly couple’s remote South Carolina home, Rossi, J.J. and Simmons are dispatched to track down a trail of clues that date back over 20 years. The hunt becomes urgent after BAU learns the killer has a specific ritual of when to strike, and like clockwork another person goes missing. Also, Rossi reconnects with his ex-wife, Krystall (Gail O’Grady), on CRIMINAL MINDS, Wednesday, Oct. 10 (10:00-11:00 PM, ET/PT) on the CBS Television Network.