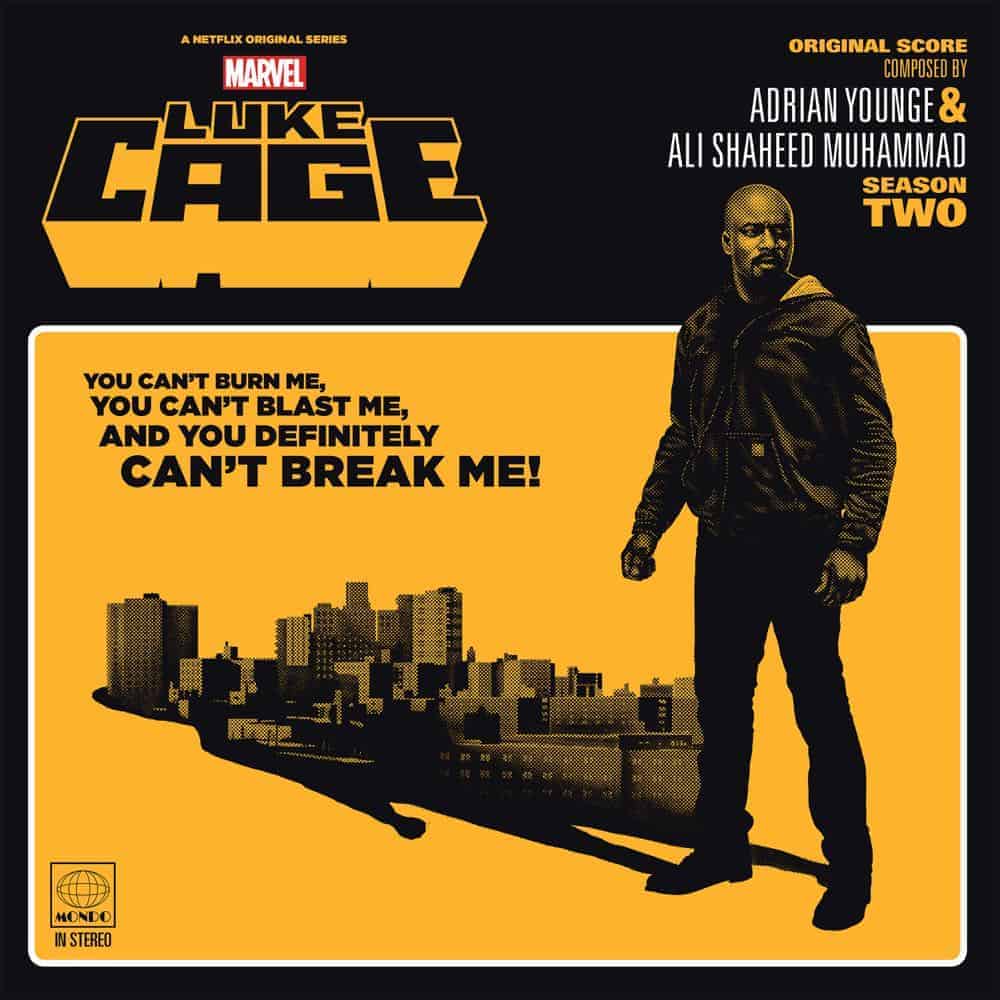 Seat42F and Mondo Music have teamed up to give ONE lucky winner a copy of the LUKE CAGE Season 2 soundtrack on vinyl. For a chance to win send an email to contest@seat42f.com and tell us your favorite Marvel character. Only one entry per person. Contest ends June 29th. Winner will be notified on June 30th via email. OPEN TO US RESIDENTS ONLY.

Music, in partnership with Marvel, is proud to present the vinyl soundtrack to the Netflix original series Marvel’s Luke Cage Season 2 with collectible artwork of the bulletproof defender by Sara Deck. Available now at mondotees.com, the album coincides with the release of the second season of the hit series on the same day and features original score by returning composers Ali Shaheed Muhammad (A Tribe Called Quest) and Adrian Younge (Ghostface Killah, JAY-Z, Bilal, Souls of Mischief).