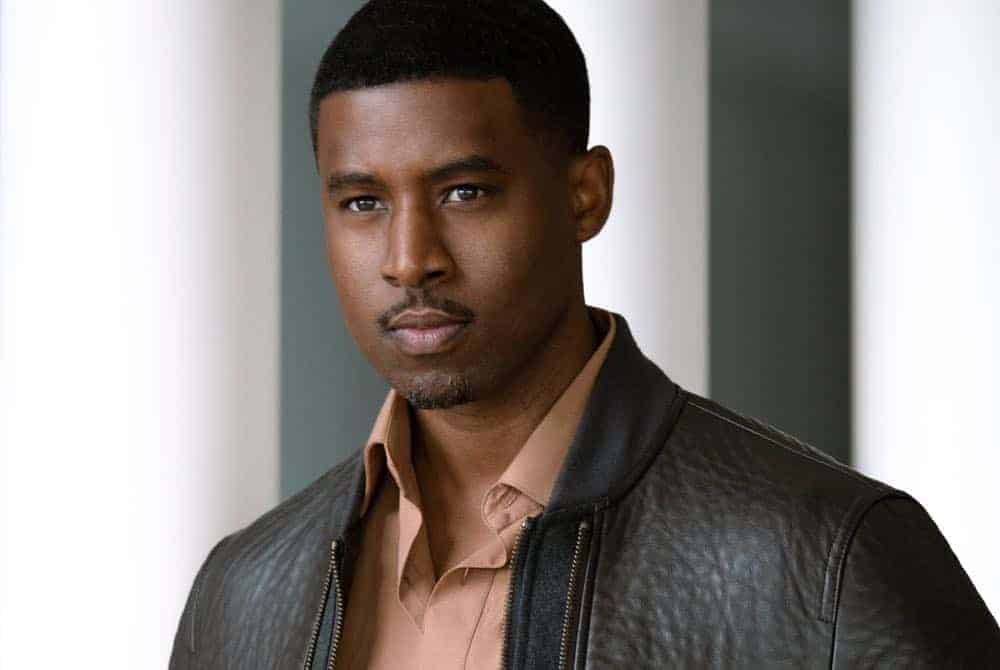 The path to success is through patience, determination, talent and a bit of good fortune. For Gavin Houston, all those things have culminated in the opportunity to co-star in the Tyler Perry drama THE HAVES AND HAVE NOTS. Gavin is not only appreciative of this opportunity, he brings a fearlessness that gives an additional layer of complexity to his character. In an exclusive interview, Gavin shares what appealed to him about the show and his role as Jeffrey Harrington, and also reflects on a few key lessons he has gleaned as he pursues his career as a working actor in Hollywood.

What was continues to be the appeal for you in portraying Jeffrey Harrington and working on THE HAVES AND HAVE NOTS?
GAVIN: What continues to appeal to me in portraying Jeffery Harrington is the challenge, as an actor, of playing a homosexual character, while being heterosexual. There would be no drama without flawed characters. This characters way of handling life and love is so different from mine that, it always keeps me on my toes.

How would you describe who Jeffrey is at this point?
GAVIN: I feel like at this point, Jefferey is, unfortunately, who he’s always been. He has his moments of strength towards his mother, but I still feel like he is always that “little boy” in front of her. Scared and just wanting to be loved. Hence, being in toxic relationships like the one with Officer Justin [Nicholas James]. But he is solely learning from his mistakes and coming into his own. Just hope he makes a habit of it. (LOL)

What do you most admire about him?
GAVIN: What I admire about him is his heart and compassion towards others. All he wants is to be loved and to give love. Unfortunately sometimes its with the wrong people.

What is it like working alongside the talented ensemble on THE HAVES AND HAVE NOTS?
GAVIN: It’s truly a blessing to work with this ensemble. And after 7 seasons, its just like family. Not just with the cast, but working with the crew and with Tyler [Perry] on set. We get a lot of work done be we enjoy the process because we’ve grown through 7 seasons with each other.

Who do you get to work with most in the series so far and what is that experience like?
GAVIN: I feel I’ve worked the most with Tyler [Perry] in the director/ actor capacity. Every single scene, every single episode, he has been there directing. And I love working with him. He knows what the actor how to communicate with actors understands our process because he works as an actor as well. I feel he’s open to ideas and really makes the work a collaborative process.

How would you describe the Jeffrey and Justin dynamic in the series?
GAVIN: Toxic and codependent. Escapism from the pain of living their normal life.

Any favorite scenes that you can share from working on the show?
GAVIN: I think the Season 1 finale was my favorite scene. it was a very intense scene between Veronica, Jeffrey, and David. This is when he finally comes out to his mom, and the viewers learn that he has the disapproval of his mom and the support of his dad. I think its my favorite because of what it did for the fans. So many fans came up to me thanking me for that scene because it was what they experienced in their life or the conversation they had with their parents. This scene also answered a lot of questions about Jeffrey for the fans and really made them start to change their preconceived views on him.

What challenges did you face working on the show and how did you overcome them?
GAVIN: The challenge I had was coming to the show playing a character completely different from me. I had my fears because it was all new for me, but I embraced it. Stepping in the shoes of this character definitely made me grow as an actor as well as opened my eyes to the pain and hurt people experience due to the ignorance.

Has the show and its characters left an impression on you in your life? If so, in what way?
GAVIN: Our show is filled with greed, lies, infidelity, lust, violence and many other forms of debauchery. It has just made me more grateful for the life that I have, the people I have in my life, and the energy around my life.

As an actor, what has been the one thing you haven taken away from the experience of working on THE HAVES AND HAVE NOTS?
GAVIN: As an actor, I think its just given me more trust in myself and my work. I’ve had fears about certain scenes or certain amounts of dialogue on a given day of work and literally had to fall back on my faith to get through it. And I was always taken care of. I truly believe, if God brings you to it….He’ll bring you through it.

What has surprised you most about your career so far?
GAVIN: What surprised me most about my career is how much I’ve enjoyed the wins and losses. There is so much rejection and so many roles that I don’t get, or almost get, that people never know about. But I love it because I’ve taken something away from every opportunity that has or hasn’t gone my way. This is the one career you can never be overtrained in….just that much better. With all the rejection involved, it has made me more hungry and passionate about my work, but also grateful and proud of the roles I’ve been blessed to be given the opportunity to play.

At this stage of your career, what do you think you have learned from the roles and projects you have worked on?
GAVIN: I’ve done roles I didn’t think I would have the opportunity to play. I’ve worked with actors I never knew I’d have the opportunity to work with. What it has taught me, is that anything is possible. You can be on your couch one day, and on a major film set the next. Its taught me to keep going, keep grinding, and keep working because anything is possible and everything is moving in the direction I’ve always dreamed of.

Then what are the perks of where you are in your career right now?
GAVIN: The perks of where I am right now in my career, is that at any point in the day, I can meet someone new. All the time fans come up to me saying how much they love the show or appreciate my work on the show or in a film. For me, that is the greatest part of this. It reminds you of who you do it for and the lives you get to touch, as well as the responsibility of the platform that you are on.

Has there been any great advice you have gotten about working as an actor?
GAVIN: Yes, the advice Denzel Washington once gave: “To achieve your goals in life it takes discipline and consistency. The one thing you can control is your effort and how much work you put in. God will take care of all the rest.”

What advice would you offer to other upcoming and aspiring actors?
GAVIN: I still see myself as an upcoming actor. There is still so much still for me to do and to accomplish, and I will. The two pieces of advice I would offer to aspiring actors is to, first, protect your dream. It will be tested and a lot of people will offer up a negative opinion. That’s ok, its your vision, not theirs. Which is why it was given to you. Second, work like hell. Learn your craft and work like crazy. At the end of a day, its a muscle so you have to keep it in the gym. Keep it ready for the opportunities. There really is nothing separating an actor on film or television from anyone else. Its just they were ready and took advantage of their opportunity. Tony Robbins once said, “People get rewarded publicly, for work done privately for years.” Its about what you do when no one is watching or telling you to do it.

Do you have any other upcoming projects that you can share that fans should keep an eye out for?
GAVIN: Right now, I’m taking some time off this month and next month to focus on my training, spend time with my daughter, and take a vacation. I see myself in the near future doing an action film or tv series that is action packed. So I’m really focusing on getting my mind and body ready in the meantime. The transformation is going to be a challenge, but I’m excited about it. And I’m excited about what’s going to manifest from doing that work.