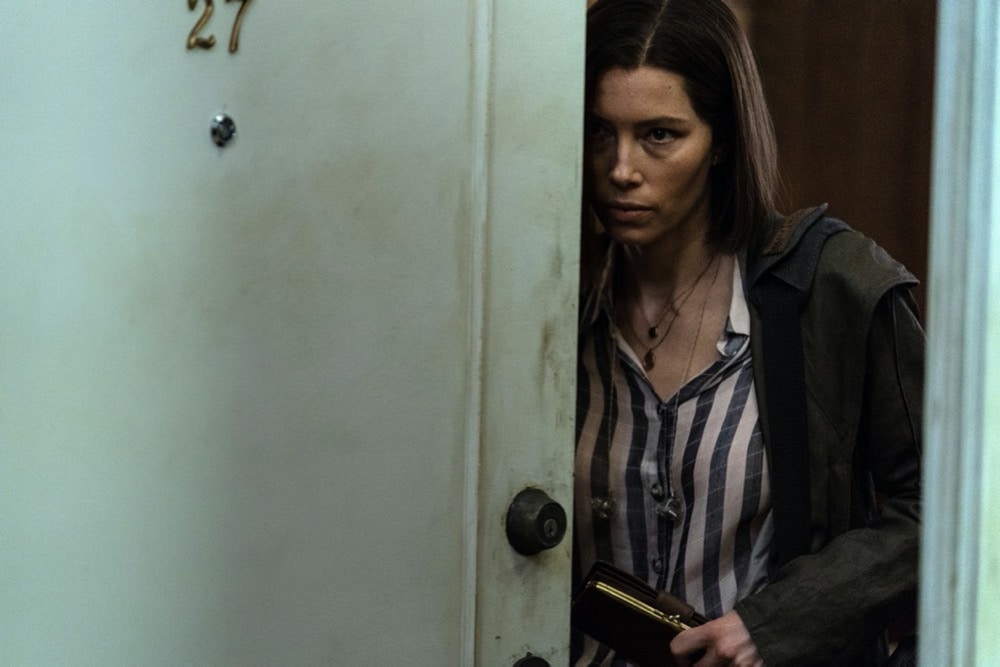 I discovered the scripted podcast LIMETOWN shortly after it premiered. I devoured both seasons (despite the long break in between) of the creepy drama about a town of more than 300 people that went missing without a trace, and the investigator with a personal connection seeking to expose the truth. I wasn’t alone, with the feed rising to number one on the charts about two months after its premiere. Now, that podcast is a live action television show, available exclusively on Facebook.

I get it, a show on Facebook, it sounds like a joke. Or some cheap web series of the kind that were popular about ten years ago. LIMETOWN isn’t that. It’s a well-crafted, slow-burn suspense tale with a decent budget and professional presentation. The episodes are half an hour long, and it’s very easy to believe you’re watching it on a cable or streaming service, rather than on social media.

While the actors in the original audio drama were mostly unknowns, the show has recognizable faces. Jessica Biel (The Sinner) stars as Lia Haddock, the journalist from American Public Radio, an NPR-like radio network, that digs into the case. If you haven’t seen Biel’s recent work and still dismiss her as ‘that girl from Seventh Heaven,’ I recommend you check out some of her credits. She’s really fantastic, and this role is no exception, playing a woman on the very edge of insanity and obsession.

Lia has haunting memories of her younger self (Vera Frederickson) interacting with ‘Uncle Emile’ (Stanley Tucci, Spotlight). Emile worked on the Limetown project alongside Dr. Oskar Totem (Alessandro Juliani, the newer Battlestar Galactica) and dozens of other scientists. The town included spouses, children, support staff, even pigs. But they all disappeared during a three-day period, with emergency personnel blocked from entering by private security, and then only Totem’s body found. Where did they go? Are they still alive?

LIMETOWN only really has one lead in Lia, although we sometimes see her boss, Gina (Sherri Saum, The Fosters), and assigned co-worker, Mark (Omar Elba, Berlin, I Love You), as she tracks down Lenore (Janet Kidder, Arrow) and other people hiding in the shadows. I get why the television series felt the need to expand the cast, but I’m glad it didn’t build up those roles too much to distract from the main plot. Although giving Lia a girlfriend (Kandyse McClure, also Battlestar Galactica) does help round out who the protagonist used to be before completely disappearing in her work, which she’s on the verge of when we meet her.

I won’t spoil how season one of the podcast concludes, which I assume will be similar for the show, despite being early in its run, given how faithful the story seems to play out so far. Though, there were only six episodes of that, while there are more for the visual medium, so I expect some more expansion, at the very least. All I will say is Lia’s story is tragic, and I’m really looking forward to seeing if the show follows the second season of the podcast into a somewhat new direction, or doubles down on the journey already being followed.

Without knowing how it ends, though, I am very satisfied with what’s been done so far. The first few episodes are gripping and intense, with a rich tapestry that is more (necessarily) complex than the original while maintaining its spirit. It’s graphic, but not too gory, and scary without relying on the jumps. On its own, it’s fantastic. As an adaptation, it succeeds. This is a show I would want to watch even if I wasn’t already totally engrossed in the story.

Watch LIMETOWN on Facebook, with two new episodes dropping every week, with six already out and another four to come.