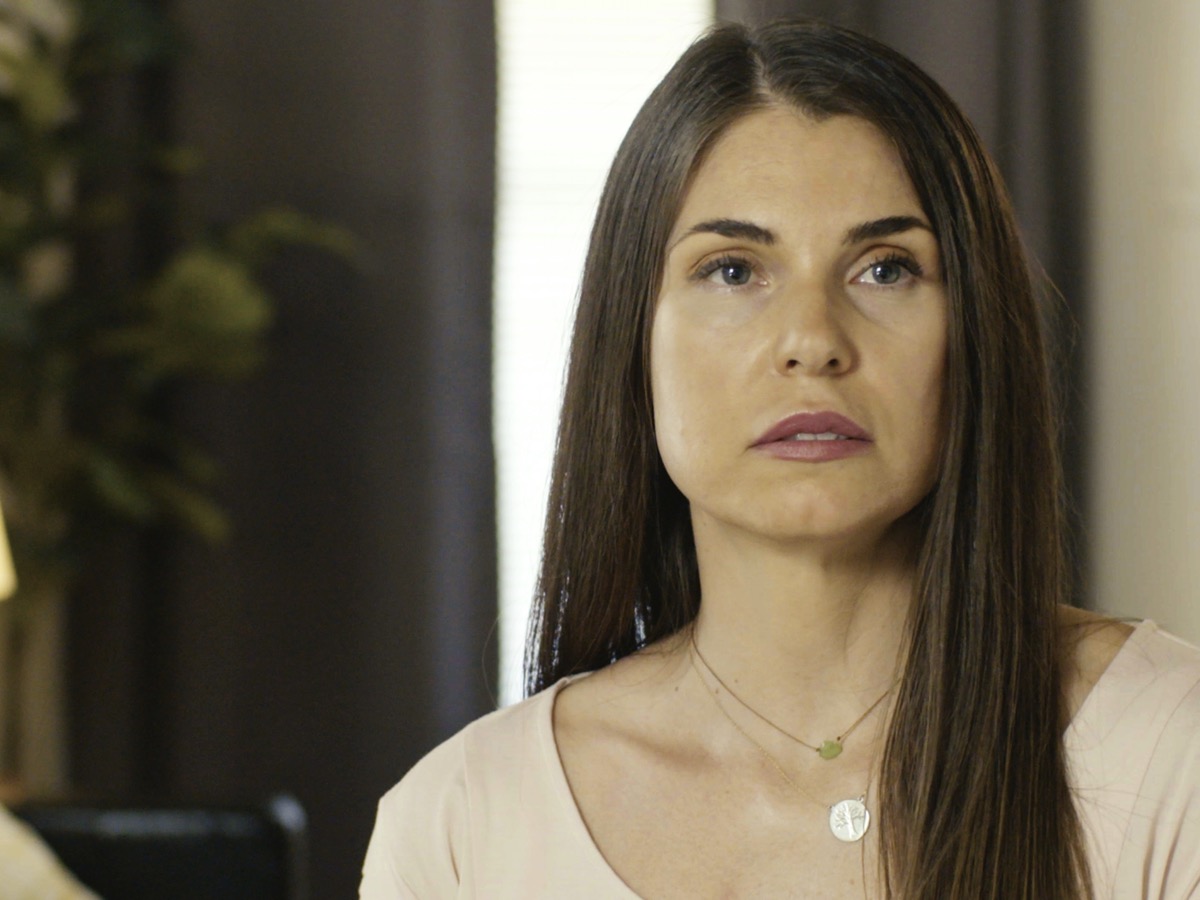 This August, Lifetime presents suspense, crime and ultimately, justice, with the network’s summer Ripped from the Headlines slate, starting off with two all-new movies inspired by books by NY Times best-selling true crime author Ann Rule. Sleeping with Danger is set to premiere on Saturday, August 1 and A Murder to Remember on Sunday, August 2, followed by companion documentary special Elizabeth Smart: Finding Justice hosted by kidnapping survivor and advocate Elizabeth Smart, which provides a behind-the-headlines look at the real-life case that inspired the movie.

The following weekend, as part of Lifetime’s 30th Anniversary celebration of original movies, the Ripped from the Headline slate continues with a special edition of the 2013 Lifetime Original Movie, Jodi Arias: Dirty Little Secret on Saturday, August 8. The movie will be followed with the brand-new special Jodi Arias: Cellmate Secrets, revealing the stories of two women who were confined with Arias and became her loyal disciples, upending their own lives in the process.

The slate concludes on Sunday, August 9 to Monday, August 10th, the anniversary of disgraced financier and alleged sexual predator Jeffrey Epstein’s death, as Lifetime debuts the revealing investigative documentary Surviving Jeffrey Epstein as a two-night, four-hour event telling the stories of eight survivors with insights from those close to him. In line with Lifetime’s Stop Violence Against Women advocacy campaign, Lifetime has partnered with Rise to run a special PSA during the airings of the documentary to encourage other survivors to use their voice to Rise Up and help establish the Survivors’ Bill of Rights in their states. Lifetime will also run a PSA from RAINN.

Sleeping with Danger is inspired by Ann Rule’s true crime collection Mortal Danger and Other True Cases. Paul Carter (Antonio Cupo) was like a knight in shining armor when he met flight attendant Grace Tanner (Elisabeth Röhm) and swept her into a passionate love affair. But her dream man quickly became her nightmare as his jealous rage ultimately led to a brutal attack. Incredibly, Grace was able to escape and go into hiding. Fearing for her life and the safety of other women Paul might seduce, Grace works with the police to bring Paul to justice. Sleeping with Danger also stars Leslie Hendrix and is produced by Lighthouse Pictures. The film is executive produced by Conor Allyn, Benjamin Anderson, Jamie Goehring, Shawn Williamson, Manu Boyer and Kim Raver. Richard Blaney and Gregory Small serve as writers and it is directed by David Weaver.

Inspired by Ann Rule’s true crime collection Empty Promises, A Murder to Remember follows Javier (Kevin Rodriguez) and Robin Rivera (Maddie Nichols) as they celebrate their one-year anniversary on a camping trip. But when Javier ends up dead, Robin finds herself alone in the rough wilderness. She accepts help from another camper, a mysterious stranger named Sam (TC Matherne) and slowly places her life in his hands. But is Sam there to protect Robin? Or does she need protecting from him? A Murder to Remember also stars Carolyn McCormick and Leslie Hendrix and is produced by Big Dreams Entertainment. Conor Allyn, Benjamin Anderson and Leslie Greif serve as executive producers, and Amber Benson wrote the script. Actress Robin Givens makes her directorial debut with this movie.

A companion special to the Ann Rule film A Murder to Remember, Elizabeth Smart: Finding Justice follows the true story of Candra Torres diving into the real-life case that inspired the book and movie. America’s most renowned survivor Elizabeth Smart sits down with Candra, who was kidnapped and held captive by a stranger and became a victim of Stockholm Syndrome, a psychological condition in which the victim develops a connection with their captor. Elizabeth interviews Candra about the series of events that started with the mysterious death of her husband and the subsequent brainwashing she suffered at the hands of her kidnapper. Via exclusive interviews, police reports, press clippings and courtroom transcripts, the special walks viewers through the real-life nightmare endured by Candra at the hands of a master manipulator and murderer. Elizabeth and Candra also discuss the difficult process of being deprogrammed, healing, and turning the corner from victim to survivor. Elizabeth Smart: Finding Justice is a series of specials that accompany Ripped from the Headlines movies for Lifetime and is produced by Telepictures. Lisa Gregorisch-Dempsey is Senior Executive Producer and Jeremy Spiegel and Scott Eldridge are Executive Producers. Mioshi Hill and Gena McCarthy executive produce for Lifetime.

Based on the disturbing murder trial that captivated the nation, Jodi Arias: Dirty Little Secret tells the story of Jodi Arias (Tania Raymonde, Lost), a seductive 28-year-old found guilty of killing her former lover, Travis Alexander (Jesse Lee Soffer, The Mob Doctor), who was found nude in his home shower with a slit throat, 27 additional stab wounds and a bullet to the head. Jodi pled not guilty and contended she killed Alexander in self-defense. Her subsequent trial was grand theater, dominating the cable news networks as she testified in her own defense and offered explicit insight into the sex, lies and obsession that led up to Alexander’s murder. This is a special encore airing of the movie, as part of the celebration of the 30th Anniversary of the Lifetime Original Movie.

Seven years after being convicted of first-degree murder, new disturbing information comes to light about Jodi Arias and the murder of her ex-boyfriend Travis Alexander as her former cellmates and closest confidants give firsthand accounts of their time behind bars with the murderess. In an exclusive double interview, Tracy Brown and Donavan Bering reveal details and shocking information that they heard directly from Arias, including a bombshell new theory about the night of Alexander’s murder. Through cryptic personal never-before-read letters and rare disturbing works of art, Brown and Bering recount stories of how Arias used her sex-appeal and manipulation to coerce them and others into becoming loyal followers that would do her bidding in and out of jail. Bering also delves into how Arias cultivated a devoted fanbase to run her social media and gather more fans. As Brown and Bering shed new light on Arias’ case and clear their consciences, they reveal a picture of a woman who will stop at nothing to get what she wants. Jodi Arias: Cellmate Secrets is produced by AMS Pictures with Andy Streitfeld serving as executive producer, Kim Clemons producing and Brad Osborne directing. Mioshi Hill and Gena McCarthy executive produce for Lifetime.

Following the impact of Lifetime’s Surviving R. Kelly and Surviving R. Kelly Part II: The Reckoning, the network continues to raise the voices of survivors with Surviving Jeffrey Epstein, in line with Lifetime’s Stop Violence Against Women initiative to provide a platform and resources for women. The four-hour doc investigates the billionaire New York financier who is alleged to have used his connections to the rich and famous to shield his predatory behavior with young girls. Revealing how Epstein set up a pseudo sexual Ponzi scheme to bring in underaged girls, the doc delves into the aftermath the survivors are experiencing with no justice to be served. Hailing from Emmy-winner Robert Friedman’s Bungalow Media + Entertainment (Panama Papers, The Preppy Murder), award-winning filmmakers Anne Sundberg and Ricki Stern (The Preppy Murder, Reversing Roe, The Devil Came on Horseback) direct the documentary. Shura Davison and Gena McCarthy executive produce for Lifetime.