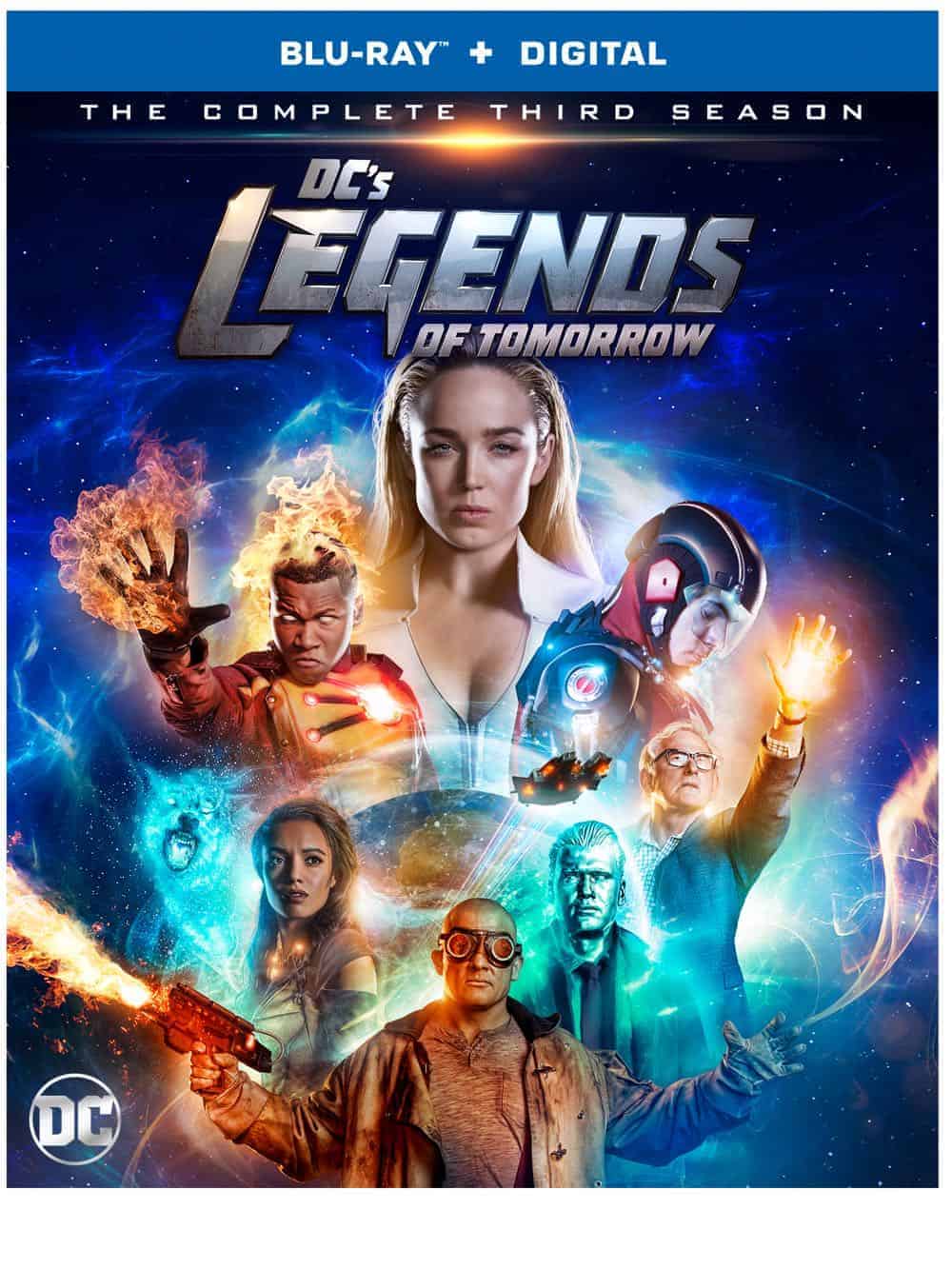 The future is bright. Prior to its fourth season return on The CW, Warner Bros. Home Entertainment releases DC’s Legends of Tomorrow: The Complete Third Season on Blu-ray and DVD on September 25, 2018. Fans can get up to speed with all 18 captivating episodes from the third season, plus timeless special features including the show’s 2017 Comic-Con Panel, an epic crossover featurette, a gag-reel and more. DC’s Legends of Tomorrow is The CW’s #3 show among Total Viewers, with over 2.6 million viewers tuning in weekly. ⃰ DC’s Legends of Tomorrow: The Complete Third Season is priced to own at $29.98 SRP for the DVD and $39.99 SRP for the Blu-ray, which includes a Digital Copy.

After defeating the Legion of Doom, DC’s Legends of Tomorrow face a new threat created by their actions. By revisiting a moment in time that they had already participated in, they’ve essentially fractured the timeline and created anachronisms all across time! In Season Three, the Legends must find a way to return all the anachronisms to their original timelines before the time stream falls apart.

“After three seasons, DC’s Legends of Tomorrow continues to score in ratings and ranks as one of top series for The CW,” said Rosemary Markson, WBHE Senior Vice President, TV Marketing. “Featuring all four episodes from the popular DC Crossover Crisis on Earth-X Event, DC fanboys and girls will be eager to add the Blu-ray release to add to their collections.”

With Blu-ray’s unsurpassed picture and sound, DC’s Legends of Tomorrow: The Complete Third Season Blu-ray release will include 1080p Full HD Video with DTS-HD Master Audio for English 5.1. The 3-disc Blu-ray will feature a high-definition Blu-ray and a Digital Copy of all 18 episodes from season three.

18 ONE-HOUR EPISODES
“Aruba-Con”
“Freakshow”
“Zari”
“Phone Home”
“Return of the Mack”
“Helen Hunt”
“Welcome to the Jungle”
“Crisis on Earth-X, Part 4”
“Beebo the God of War”
“Daddy Darhkest”
“Here I Go Again”
“The Curse of the Earth Totem”
“No Country for Old Dads”
“Amazing Grace”
“Necromancing the Stone”
“I, Ava”
“Guest Starring John Noble”
“The Good, The Bad and the Cuddly”

DIGITAL
The third season of DC’s Legends of Tomorrow is also currently available to own on Digital. Digital allows consumers to instantly stream and download all episodes to watch anywhere and anytime on their favorite devices. Digital is available from various retailers including Amazon Prime Video, iTunes, PlayStation, Vudu, Xbox and others. A Digital Copy is also included with the purchase of specially marked Blu-ray discs for redemption and cloud storage. 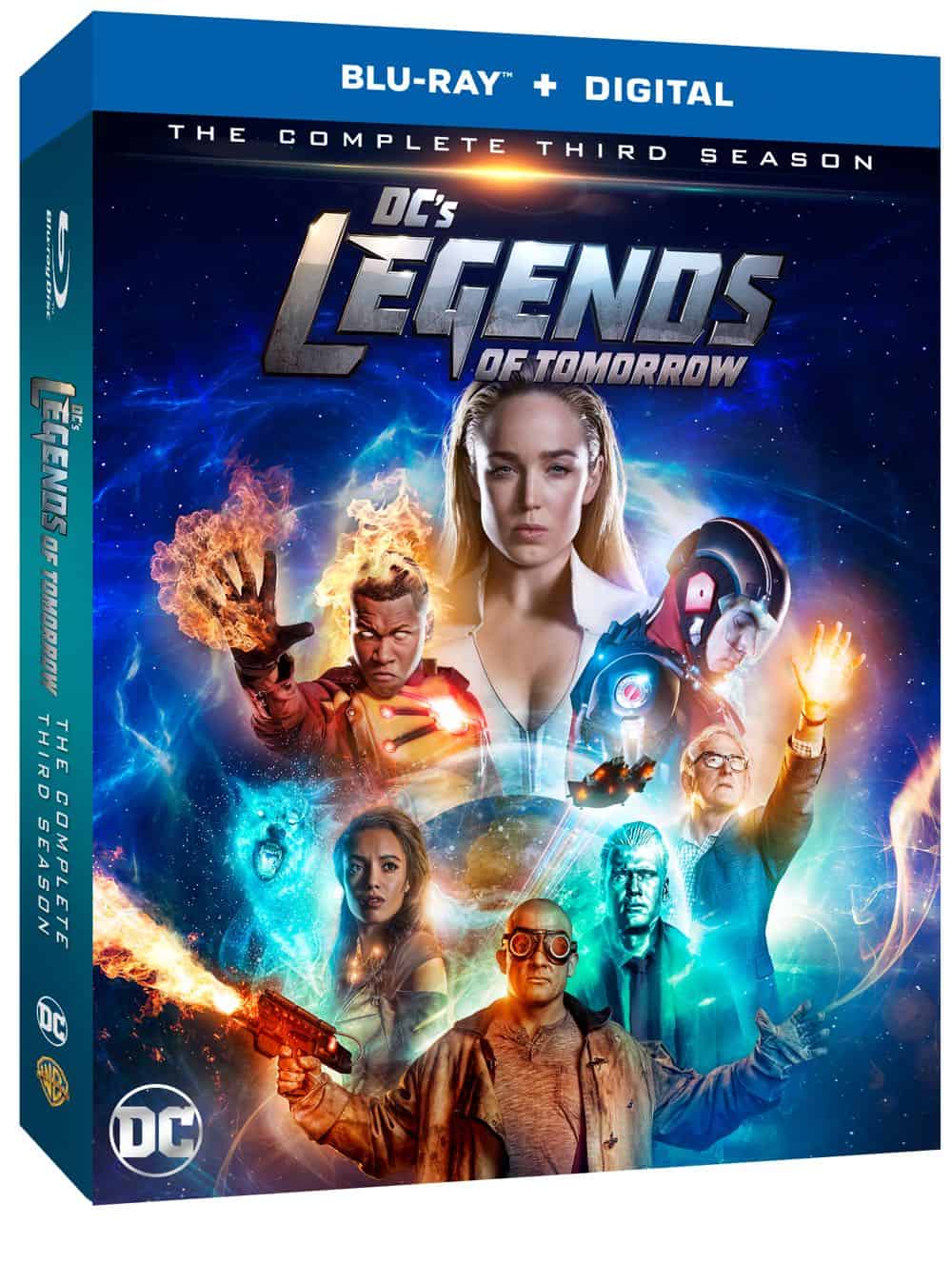