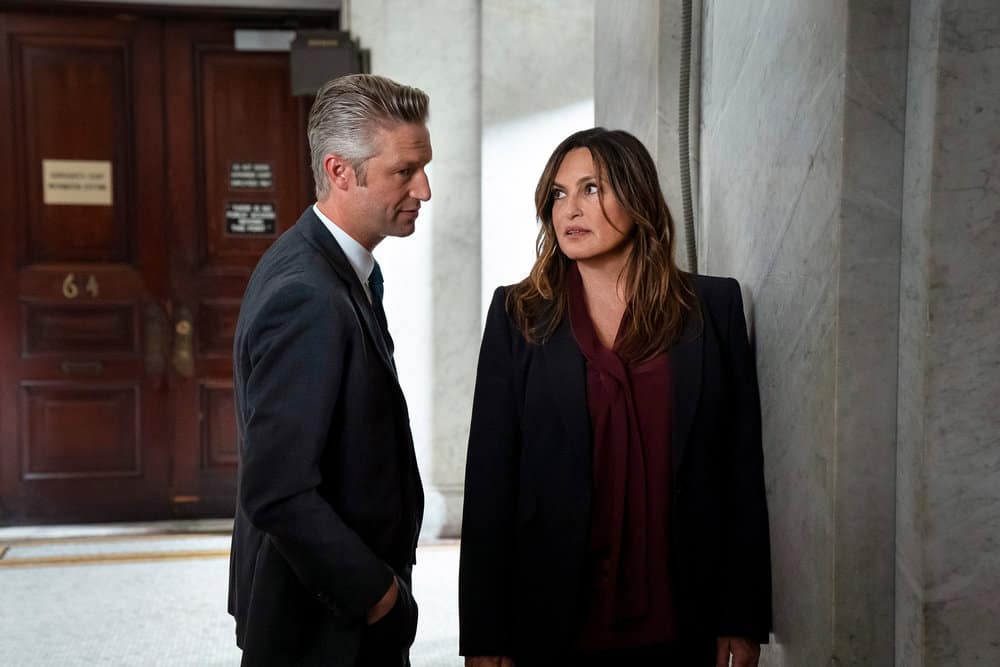 LAW AND ORDER SVU Season 23 Episode 1 Photos And The Empire Strikes Back – As the investigation into a sex-for-housing scheme expands, Benson’s loyalty to Garland is tested. Rollins and Carisi try to keep their witnesses on board when a powerful congressman is identified as a suspect. s23e01 23×01 23.01 s23e1

As Benson’s second-in-command, Sgt. Odafin “Fin” Tutuola (Ice T) adds a unique sense of humor and undercover investigative experience, making him a formidable match for any partner. Senior Det. Amanda Rollins (Kelli Giddish) has earned her place as an integral part of the team while facing head-on the emotional toll it takes to work SVU, while Officer Katriona “Kat” Azar Tamin (Jamie Gray Hyder) learns the ropes and pushes boundaries in her first year on the squad. Assistant District Attorney Dominick “Sonny” Carisi (Peter Scanavino) brings a fresh outlook and distinctive style of investigation to his cases while navigating the politics of the DA’s office.

Deputy Chief Christian Garland (Demore Barnes) leads his team with charisma and lives the contemporary principles he aims to apply to the entire NYPD.