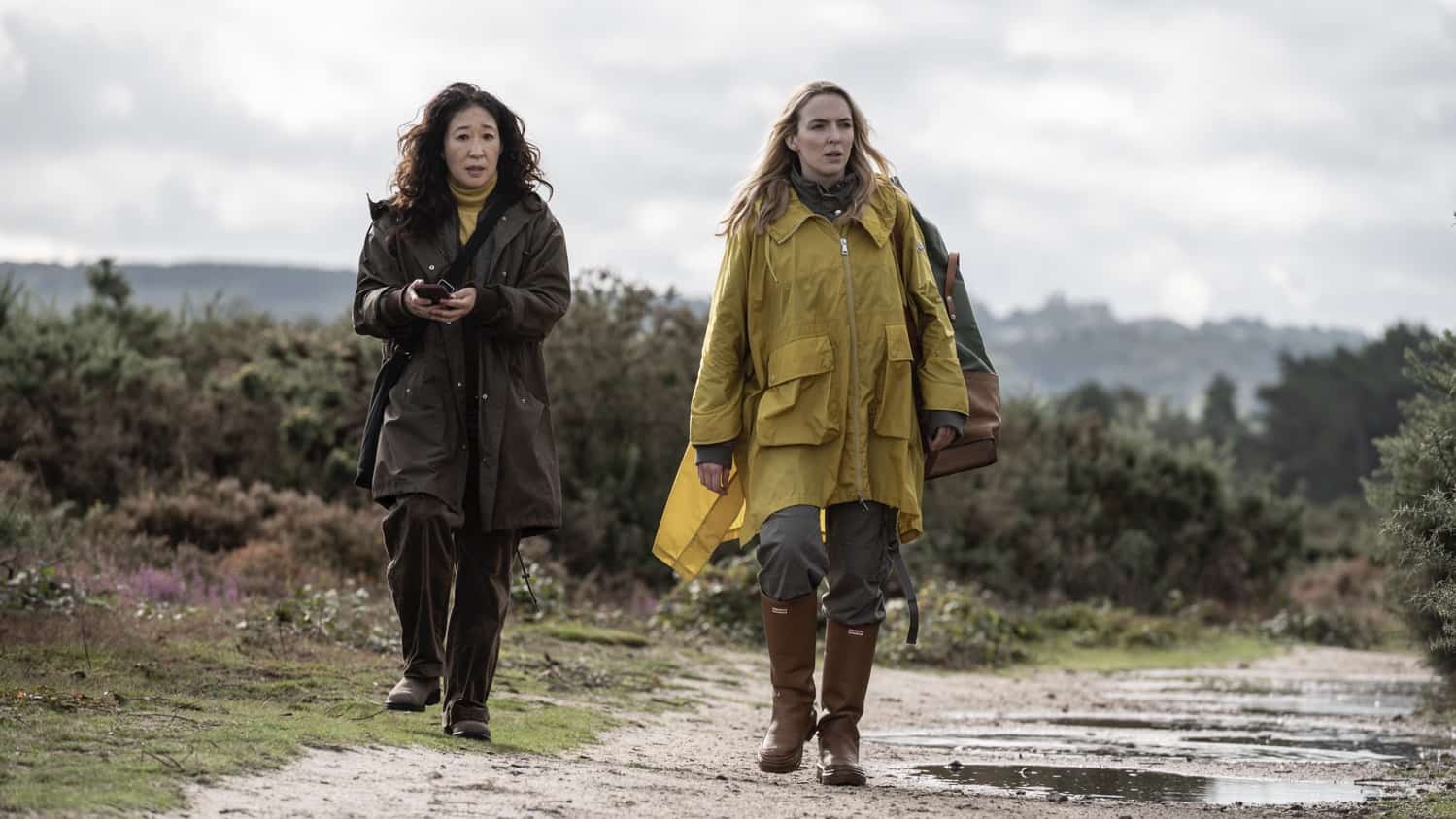 KILLING EVE Season 4 Episode 8 Photos Hello, Losers – In the series finale episode (408), “Hello, Losers,” Eve and Villanelle focus on making a seismic stab at The Twelve, even if it means risking their own lives. With fresh intel, they pursue the mission before it’s too late. Carolyn arrives home as a traitor and has a finite amount of time to use her intel as leverage to get herself back in the game. s04e08 4×08 4.08 s4e8

Killing Eve, the award-winning series that infatuated viewers, concludes with the final two episodes beginning at 8pm ET/PT on Sunday, April 10 on BBC AMERICA. The series finale will stream on AMC+ on Sunday, April 10 (the penultimate episode is already up on AMC+). A weekly encore presentation of both episodes will air on AMC on Monday, April 11 starting at 9pm ET/PT.

After the emotional climax of Season Three, Eve (Oh), Villanelle (Comer) and Carolyn (Shaw) are in very different places. Following Eve and Villanelle’s exchange on the bridge, Eve is on a revenge mission, while Villanelle has found a brand-new community in an attempt to prove she’s not a “monster.” Having killed Paul, Carolyn goes to extraordinary lengths to continue to chase down The Twelve and the person that ordered Kenny’s hit. This season follows our extraordinary women, each driven by passion, revenge and obsession, building towards a messy, nuanced and totally glorious series finale.