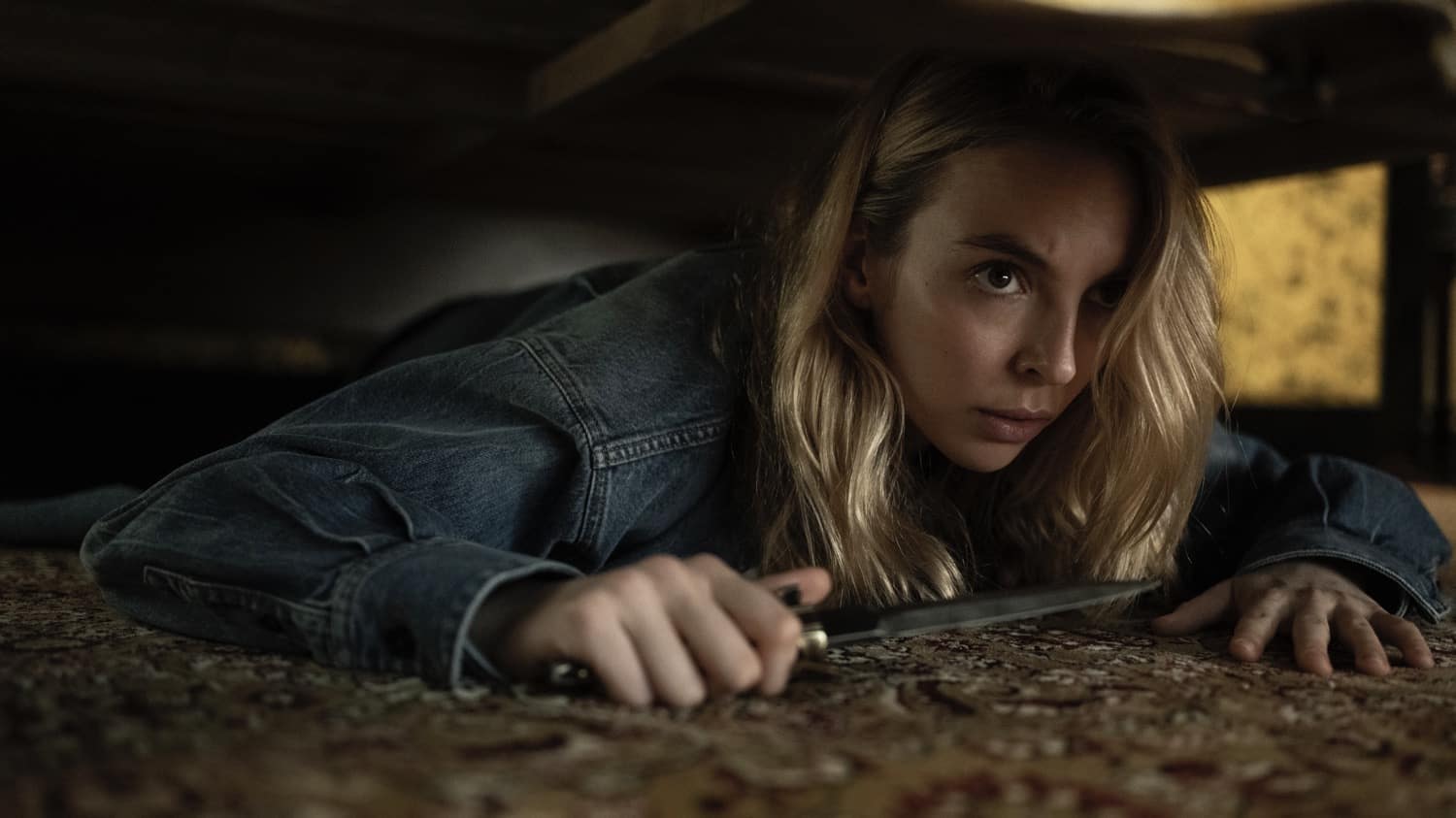 KILLING EVE Season 4 Episode 6 Photos Oh Goodie, I’m The Winner – Eve and Villanelle reunite before parting to pursue their own missions, which leads Villanelle to another assassin in The Twelve. Eve moves closer to achieving her revenge mission. Carolyn is forced to face a ghost from her past. s04e06 4×06 4.06 s4e6

After the emotional climax of Season Three, Eve (Golden Globe® winner Sandra Oh), Villanelle (Emmy® Award winner Jodie Comer) and Carolyn (BAFTA winner Fiona Shaw) are in very different places. Following Eve and Villanelle’s exchange on the bridge, Eve is on a revenge mission, while Villanelle has found a brand-new community in an attempt to prove she’s not a “monster.” Having killed Paul, Carolyn goes to extraordinary lengths to continue to chase down The Twelve and the person that ordered Kenny’s hit. This season follows our extraordinary women, each driven by passion, revenge and obsession, building towards a messy, nuanced and totally glorious series finale.

Killing Eve is produced by Sid Gentle Films Ltd. for BBC AMERICA. The series is financed and distributed by Endeavor Content.