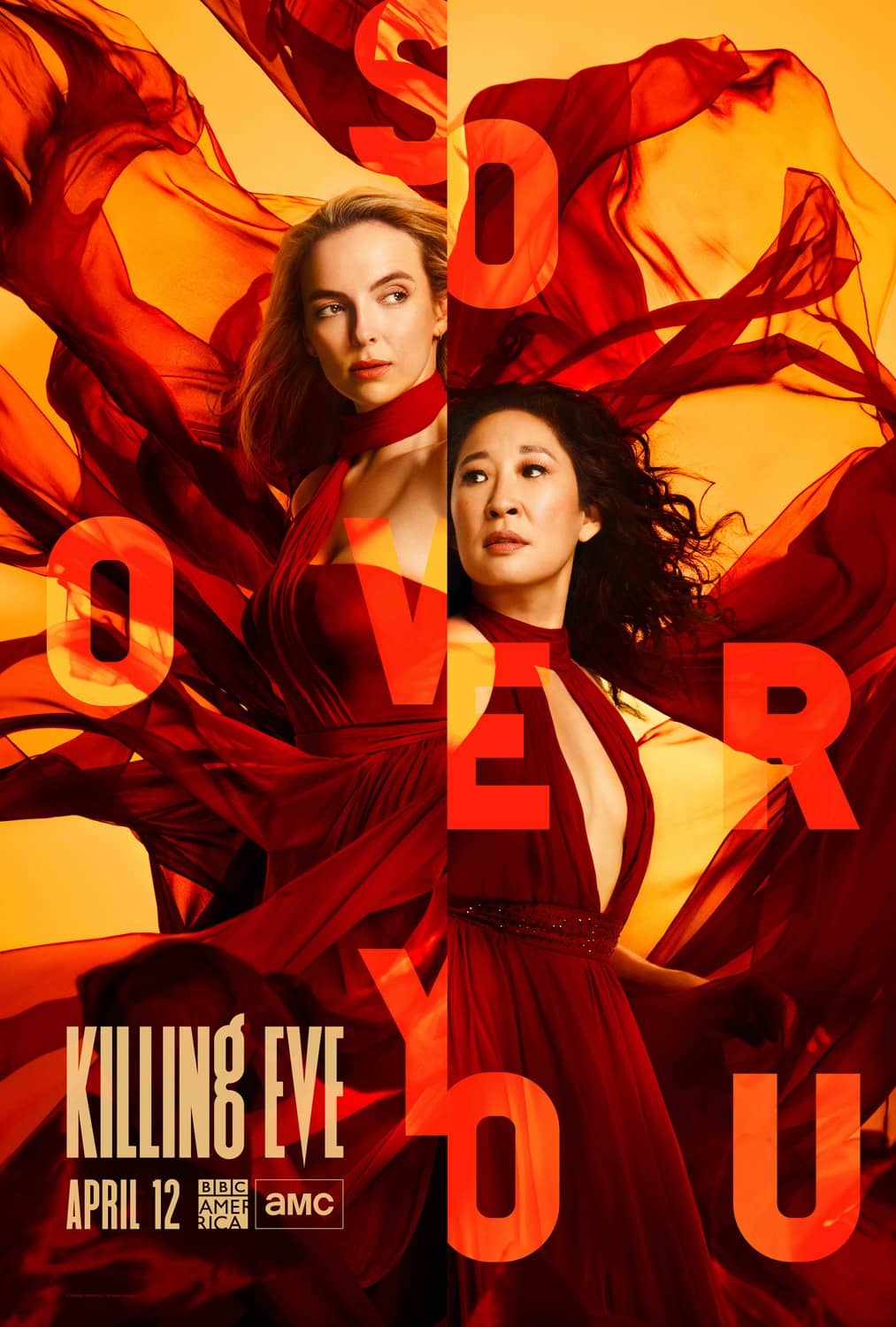 AMC Networks Entertainment Group today announced that it is moving the season three premiere of Killing Eve up by two weeks, to next Sunday, April 12 at 9/8c. As was previously announced, all eight new episodes will be simulcast on BBC AMERICA and AMC.

“We know how adored this series is and we know how keen people are for great content right now,” said Sarah Barnett, president of AMC Networks Entertainment Group and AMC Studios. “This season of Killing Eve digs deep psychologically, and with actors like Sandra Oh, Jodie Comer and Fiona Shaw the results are nothing short of astonishing. We literally couldn’t wait for fans to see it.”

The third season of the award-winning drama continues the story of two women with brutal pasts, addicted to each other but now trying desperately to live their lives without their drug of choice. For Villanelle (Jodie Comer), the assassin without a job, Eve (Sandra Oh) is dead. For Eve, the ex-MI6 operative hiding in plain sight, Villanelle will never find her. All seems fine until a shocking and personal death sets them on a collision course yet again. The journey back to each other will cost both of them friends, family, and allegiances… and perhaps a share of their souls.

Get caught up: Killing Eve season two is available now on BBCAmerica.com, AMC.com, and the BBC AMERICA and AMC Apps. First two seasons are also available on Hulu, download-to-own platforms and Blu-ray/DVD.

Known for its groundbreaking and celebrated original content, AMC Networks is the company behind the award-winning brands AMC, BBC AMERICA, IFC, SundanceTV, WE tv, and IFC Films. Its diverse line-up of popular and critically-acclaimed series and independent films include Killing Eve, Better Call Saul and The Walking Dead, which has been the #1 show on cable television for nine consecutive years, as well as Documentary Now!, Brockmire, Love After Lockup, and the films Boyhood, Death of Stalin, and many more. Its original series Mad Men and Breaking Bad are widely recognized as being among the most influential and acclaimed shows in the history of TV. The Company also operates AMC Studios, its production business; AMC Networks International, its international programming business; the subscription streaming services Shudder, Sundance Now, Acorn TV and UMC (Urban Movie Channel); and Levity Entertainment Group, the Company’s production services and comedy venues business. For more information, visit http://www.amcnetworks.com.