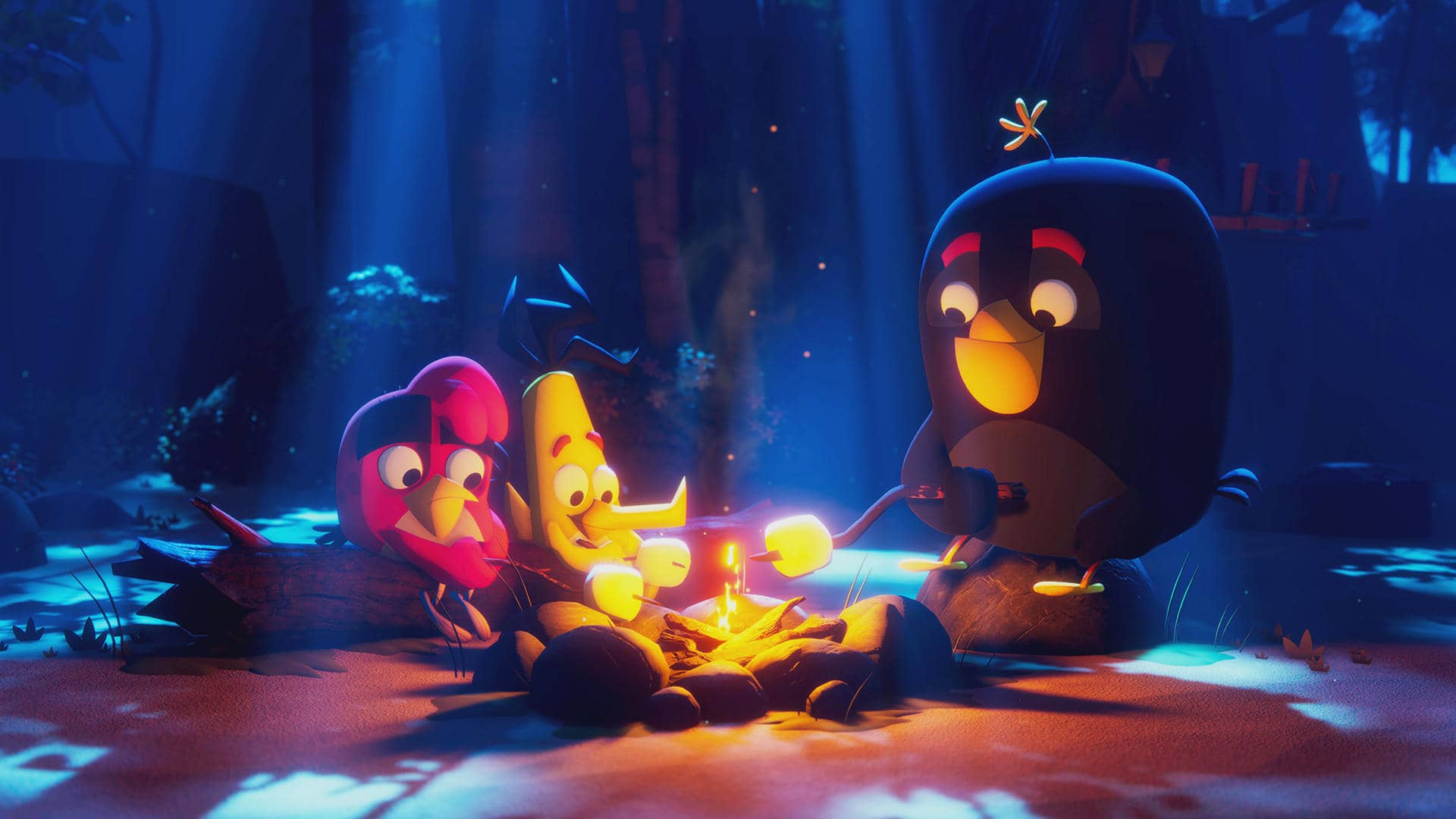 Netflix and CAKE in partnership with Rovio Entertainment announce new animated series Angry Birds: Summer Madness based on the iconic world of the Angry Birds.

The 40 x 11 minute episode series will debut globally starting in 2021, taking its cue from the humor and tone of The Angry Birds Movie franchise while revealing a fresh new look.

Logline: Angry Birds: Summer Madness sees much-loved birds Red, Bomb and Chuck, as well as a cast of brand new feathered friends, as tween birds at summer camp under the questionable guidance of their counselor Mighty Eagle. Explosive antics, improbable pranks and crazy summertime adventures see the birds pushing boundaries and breaking all the rules while fending off the brash and obnoxious Pigs on the other side of the lake, who seem hell-bent on causing as much mayhem as possible!

This is the latest collaboration in a long-term partnership between CAKE and Rovio, which includes international distribution rights to Rovio’s expanding library of non-dialogue shorts.

Ed Galton, CCO & Managing Director, CAKE said, “Angry Birds are about to smash the small screen and we are thrilled to be making the journey with Netflix as our global partner.”

Ville Heijari, CMO, Rovio said, “Angry Birds animated content plays a key role in our long-term franchise strategy. After more than a decade in hit games, blockbuster movies and licensed products, this is the Angry Birds’ first foray into a long-form series. We’re delighted to continue our partnership with CAKE and can’t wait to unveil the world of Angry Birds: Summer Madness to viewers on Netflix.”

Curtis Lelash, Director of Original Animated Series, Netflix said, “Angry Birds have been a true phenomenon for kids around the world and we’re excited to bring them home to the nest at Netflix where they will be angrier and bird-ier than ever.”

About CAKE
CAKE is one of the world’s leading independent entertainment companies specialising in the production, distribution, development, financing and brand development of kids’ and family properties. CAKE works with renowned producers of animation and live-action content, including Rovio Entertainment Ltd, Fresh TV, Channel X and Animation Collective on the worldwide roll out of their brands. In addition, CAKE partners with production companies such as Triggerfish Animation (Mama K Team 4 for Netflix), Anima Estudios (Space Chickens in Space for Disney EMEA,) Paper Owl, (Pablo for CBeebies), TeamTO, (Angelo Rules, Mighty Mike) La Cabane and Thuristar (Mush-Mush and the Mushables) and Kickstart Productions co-producing exciting new entertainment properties and turning them into aspiring brands. An award-winning company, CAKE was most recently voted No 2 Distributor in Kidscreen’s 2019 Hot50. CAKE is based in London and is headed up by Ed Galton and Tom van Waveren. http://www.cakeentertainment.com

About Rovio Entertainment
Rovio Entertainment Corporation is a global, games-first entertainment company that creates, develops and publishes mobile games which have been downloaded 4.5 billion times so far. Rovio is best known for the global Angry Birds brand, which started as a popular mobile game in 2009 and has since evolved from games to various entertainment and consumer products in brand licensing. Today Rovio offers multiple mobile games and animations and has produced The Angry Birds Movie, which opened number one in theatres in 50 countries. Its sequel, The Angry Birds Movie 2, released worldwide in August 2019. Rovio is headquartered in Finland and the company’s shares are listed on the main list of NASDAQ Helsinki stock exchange with the trading code ROVIO. (www.rovio.com)

About Netflix
Netflix is the world’s leading streaming entertainment service with over 167 million paid memberships in over 190 countries enjoying TV series, documentaries and feature films across a wide variety of genres and languages. Members can watch as much as they want, anytime, anywhere, on any internet-connected screen. Members can play, pause and resume watching, all without commercials or commitments.